The Honest Truth About Toxic Relationships 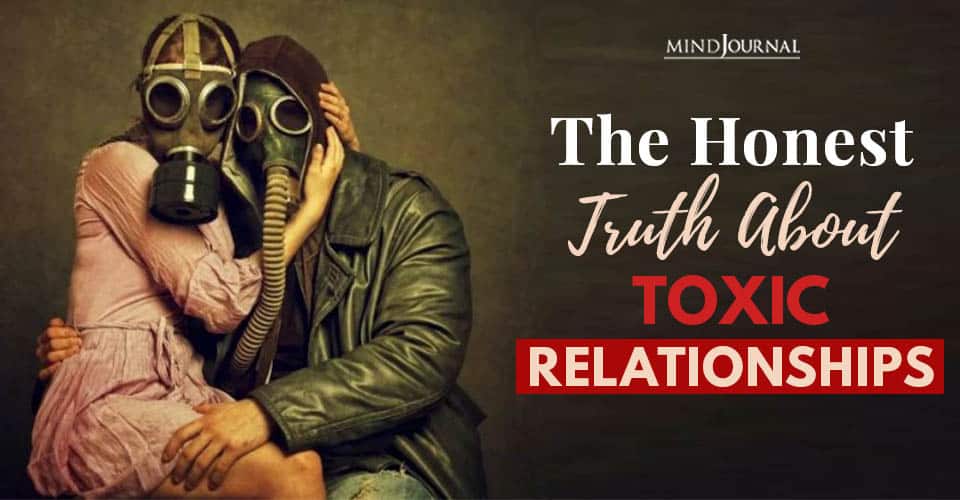 If you ask me about toxic relationships I could tell you about the best person I know.

He’s handsome, loving, kind, and hardworking. I could tell you he got handed a lot of shitty cards and turned it around and made the best of the situation, using what would make a lot of us angry and bitter as fuel to succeed.

The truth is sometimes people are simply toxic for each other. They aren’t always bad people but they could be bad for you.

Sometimes two people with the best intentions and best hearts combine and combust like elements that just don’t match. If you ask me about overcoming a toxic relationship I use the word love to describe it.

The love I had for an individual I didn’t want to give up on. Someone I wanted more than I wanted anyone. Someone I would have done anything for. Someone who got a hundred chances when I barely gave most people two. The same one who got away with a lot of things that wouldn’t have flown with anyone else. But the truth was with him it was different.

And the toxic parts of our relationship crushed me. I use the word toxic because that’s what it was.

I could tell you about the night my mother picked me up drunk off the bathroom floor as I wept in her arms because I missed him during another few months we weren’t speaking.

I could tell you that there wasn’t a kiss that filled me with such fire and passion in the moments we were together. And I could tell you how every time he’d leave my heart would break.

Related: 12 Reasons Why The Kindest People End Up In Toxic Relationships

But the honest truth about it was, I hurt myself loving him. I changed loving someone like that. I went from someone who demanded respect to someone who didn’t want relationships unless they had that toxic adrenaline rush.

I went from someone who had expectations of how to be treated to expecting to be treated like shit because that’s what I was used to. I lost myself trying to love him and what happened was I ended up in a lot of similar relationships where I wasn’t treated the way I deserved.