The Narcissist’s Playbook That They Use To Manipulate You 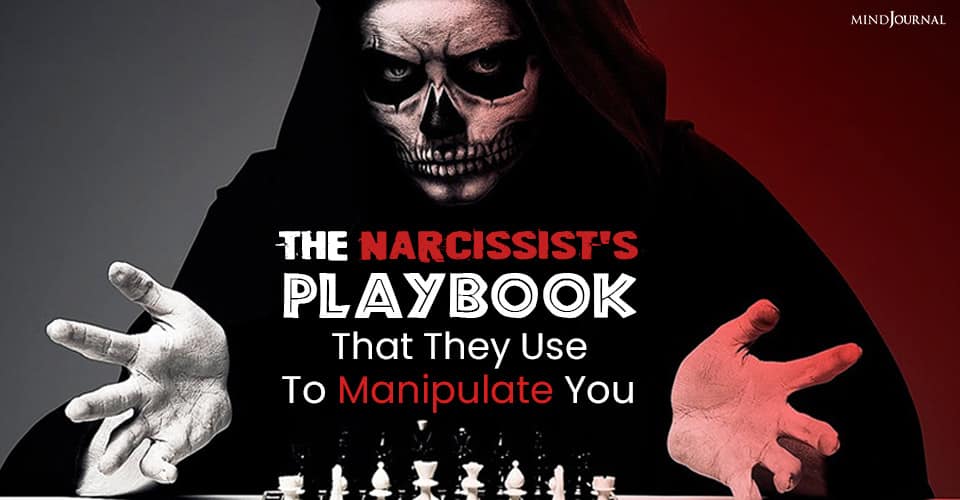 Are narcissists all the same? I have had so many people read my books or articles, or watch my videos and say things like, “I can’t believe how accurate this is for my situation,” or “Have you been spying on me? This is my life!” I’ve even heard people say we must have the same parents or ex because my situation sounded identical to theirs.

I’ve been researching and writing about narcissism and narcissistic abuse recovery pretty extensively for over a decade now.

One thing that has always stood out to me is that the traits of narcissists seem to be the same across the board – regardless of their life circumstances, relationship status, culture, race, religion, financial status. It’s almost like they have a narcissist playbook or something. How is it possible that they’re all so very similar?

Well, that’s exactly what we’re talking about today at QueenBeeing.com.

So do narcissists really have a “playbook” used to manipulate you?

Not technically, but it almost seems like they do. A client of mine recently referred to this as a “narcissist program” – noting that narcissists all seemed to be running the same “computer program.” I’ve also found myself jokingly referring to narcissists as “NPCs” or “non-player characters” – a video-game term I learned from my kids that means a programmed character that doesn’t have a human behind it.

How are narcissists are different than the rest of us?

So, we all know that narcissists are seriously lacking in empathy, especially those who would be classified as having NPD (narcissistic personality disorder) if they’d ever give anyone the chance to diagnose them officially. (Side note – they won’t, because they don’t feel that there’s anything wrong with them).

Let’s start with the fact that published scientific research tells us that people with a narcissistic personality disorder may have less gray matter in the left anterior insula, the part of the brain linked to empathy.

Side note: You don’t have to take my word for it – I’ll link to this study and others I’m mentioning in the description below this video so you can see for yourself.

But the layman’s version of the scientific explanation is that those parts of the brain that mediate empathy (the ability to care about other people’s feelings) are lower functioning and less capable of focusing on others.

In other words, a narcissist has less gray matter in their brain than someone who is capable of empathy. Worse, researchers say, the differences in the narcissist’s brains are actually literally causing them to turn inward and to self-focus.

Study authors defined certain traits as being shared among all narcissists, despite various other definitions and forms of personality disorder.

In a German study, researchers found that the degree to which a person was able to exhibit empathy was directly tied to the amount of gray matter in the brain, both in healthy individuals as well as in those with a narcissistic personality disorder.

Narcissists are by nature very subtle in the way they control and manipulate their victims. In fact, so often, even the very people they’re manipulating and controlling aren’t aware of it – in fact, that’s the very nature of their favorite manipulation tactic, gaslighting.

So many people are in these situations and because they are being so heavily manipulated, they really believe that they are the ones with the “issues” – when in reality, they’ve just been horribly gaslighted by one of these toxic people.

It’s crazy-making, to say the least.