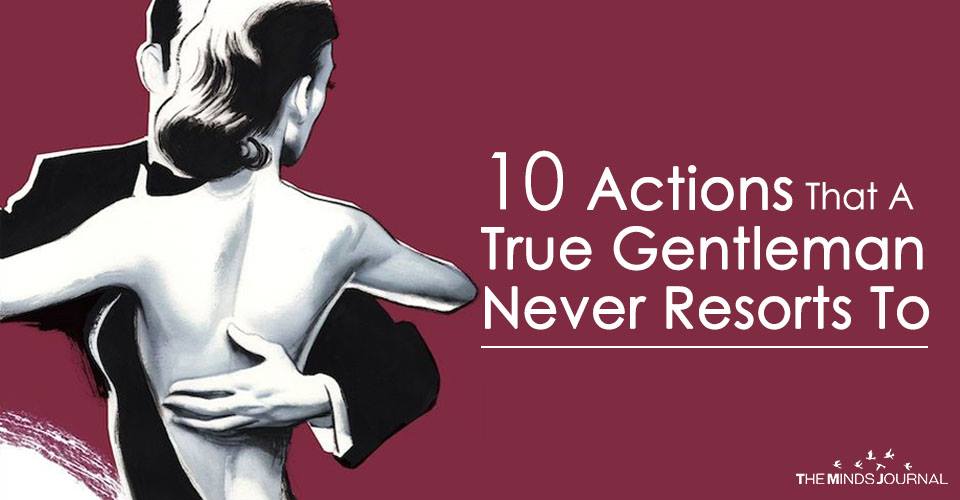 Any man, who is reading this and says that all of this is too much to be expected from men- it’s a request- please think better of yourself. It is not as if these articles about good men are written by someone who writes fiction on the side. These have been observed in real men, good men and anyone can be like them if they wanted it bad enough. The following are some basic no-no’s that no grown, mature and stable man would do. And if you know someone who is, well need we say that it’s time to let them go. Ladies note.

1.  Condemn or criticize a woman’s looks

No good man would comment disrespectfully about his woman’s looks. He will not try to point out if she had a bad hair day. Much worse if he’s always telling you to drop a few pounds or the likes. When a man demeans you by commenting on your looks, he is being a selfish morning. The only thing he’s trying to achieve is to make you question your self-confidence. When you are less secure about your body image, the less likely are you to leave his sorry ass. Do yourself a favor and walk out if this is a regular habit of his.

Here’s the thing with mature relationships, you have got to respect each other’s privacy. A good man doesn’t jump on any chance he gets to through your texts or emails. In fact, there shouldn’t really be any need for a relationship to be a never-ending game of hiding and seek. So neither should give your partner a reason to be suspicious nor should they be sleuthing around on your stuff. Snooping in someone’s privacy is not to be tolerated at all.

3.  Put her down and discourage her ambition

That is simply not what you’d expect from your partner. Couples should support each other and help build each other, not tear them down. If your man is derisive of your dreams, chances are he has too little confidence in his own. If he is insulting and rude and doesn’t boost your confidence, better let that roll of negativity out of your life and focus on your dreams.

5.  He doesn’t make you fight for his priorities

This one should sound familiar to many. Does he spend a lot of time hanging out with the boys and comes home just for the food and the bed? Then definitely walk out of such a situation. Being in a relationship means giving each other time. Of course, nobody is condemning a healthy social life, but there has to be the balance between his social and personal life. If you are feeling neglected and taken for granted, he is not treating you the way he should.

6.  He will not make you feel like the only one working for the relationship

2 people make a couple, not 1. 2 people have to work for their relationship, not 1. This might be the most simple numerical equation anyone’s heard. If he still can’t follow it, then you are wasting your time. If he’s not willing or able to put the same effort in the relationship as you, then you need to call him out on that. If you two have been together long enough and you know he’s not like this then cut him some slack, otherwise kick him to the curb. 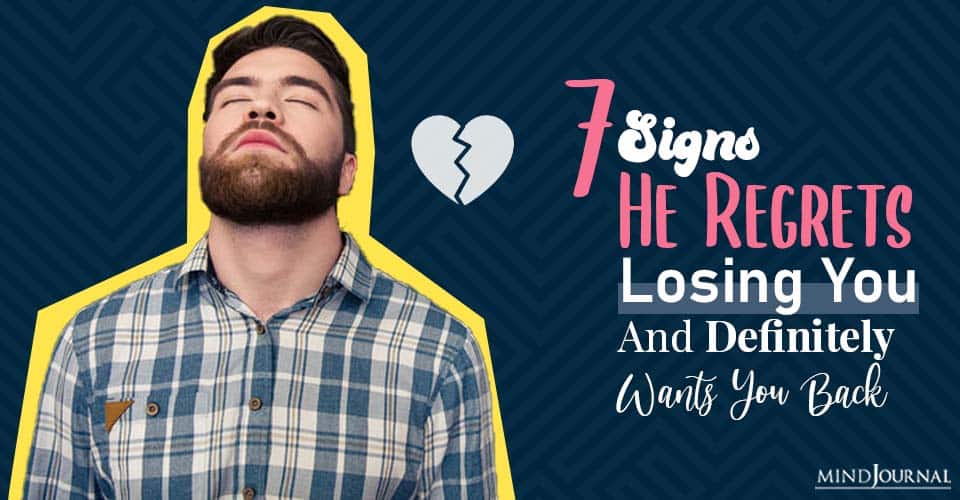 7 Signs He Regrets Losing You And Definitely Wants You Back

The post-breakup phase is traumatic, there are trillions of questions that run in your head, out of which one is: Whether he regrets losing you? If he does, he is probably showing you these signs.