Why You Don’t Need Friends To Be Happy 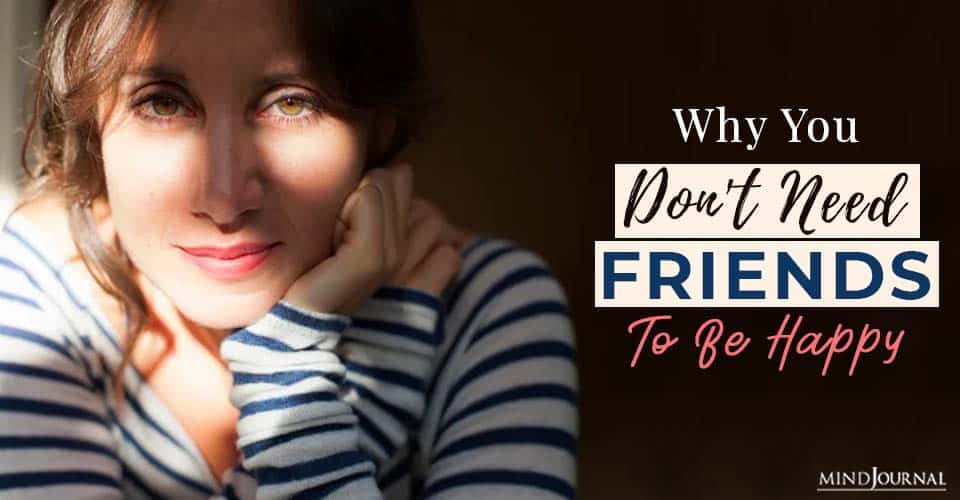 Do you think life is impossible without friends? This post helps you know why friends aren’t necessary and how you can feel better being alone.

Social interactions have been essential throughout human development. Many thousands of years ago there was a “cognitive revolution” in human development in which humans developed a strong need to communicate with other humans on a more intense level than had previously been the case.

Friends are not necessary for our survival or even our happiness

Essentially, the need for social interactions arose out of our desire and need to share a more detailed understanding of the world and things that needed to be done with other humans. There were similar changes in the development of other animal species but with humans, the focus was on communicating more detailed material and experiences.

I bring this up because I have worked with a number of individuals over the years who have suffered because of their lack of ability to make or keep friends. These often are individuals who have autism or some other condition or personality trait that leads them to have difficulties with social relationships. But this also may be a problem that comes up just because a person is not the type of individual who makes or keeps friends easily or may have difficulties with friendships because of isolated location or frequent moves.

What is often very sad about these situations is to see how negative people can get about themselves when they do not have friends. They may very well be able to function in terms of getting things done that they need to be done; they also may be able to contribute quite a lot to their communities. But when people cannot make friends, they often think very negatively about themselves, even if they have reason to be very positive about other aspects of their lives.

But in a book reviewing comparative social psychology research, Terry Maple and I (2016) found considerable evidence that being a “social animal” does not require emotionally intimate relationships like “friendships.” Having friends is nice and can be beneficial—but it is not necessary for survival in social environments.

Social isolation is detrimental—but there is a huge gap between an individual being “socially isolated” and having “friendships.” You can gain all the benefits associated with social relationships just by having the ability to interact with other people. It is not necessary—although it might be nice—that any of those relationships meet the criteria of being “friendships.”