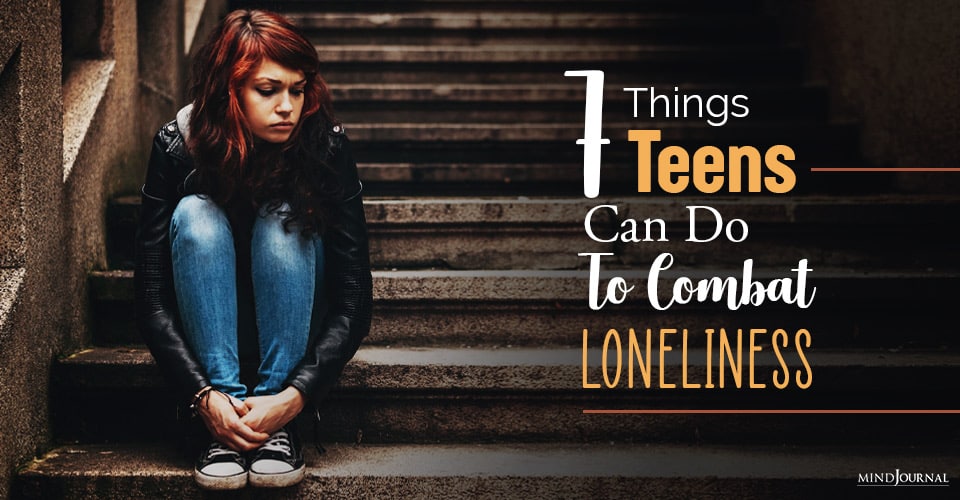 It seems the opposite of what most folks would think, but more and more surveys are finding that teenagers and young adults today may be lonelier than any other age group—even older adults. If young people are in high school or college, around friends, playing sports, or at home with family, this loneliness just doesn’t seem to make sense.

Yet the British Broadcasting Corporation (BBC) recently did a large national survey and found that four out of 10 young people ages 16-24 were pretty lonely, describing themselves as: feeling misunderstood (not unexpected in teens); sad; suffering from FOMO (fear of missing out); not having anyone to talk with, and feeling detached from the world.

What’s concerning about this is that research shows there are medical and psychological consequences of loneliness, including the following:

Read Surprising Ways Being Lonely Impacts Our Health and Wellbeing

What Causes Loneliness In Young People?

So, what causes loneliness? In the medical and psychological literature, there are three causes of loneliness in all age groups.

1. First is the loss of a loved one or someone to whom one has a strong attachment—a death or breakup, loss of a job, or leaving a community, such as a high school, college, job or the military.

2. Another cause is the feeling of being excluded from others, such as peers, family, or a community. This carries with it feelings of low self-esteem, devaluation, or a sense of absence of acceptance.

3. And the third is super important. Loneliness does not necessarily mean being alone. It’s the feeling of aloneness even in the presence of others . Loneliness is a perceived, individual experience. There’s a sense of detachment, alienation, and isolation.

Teens and young adults may be more vulnerable because of typical developmental—they are in the process of forming a sense of identity and seeking who they are and where they belong in the world. This is usually a stressful and confusing period in life, often filled with drama and loss or changes in relationships.

Young people also haven’t developed the coping skills of adults to deal with challenging situations, like tolerating the feelings of isolation. Their brains haven’t developed fully enough to dampen the power of their emotions—they can’t yet use their higher, rational abilities to regulate their feelings, reactions, and impulses. These processes may make FOMO more intense.

On the other hand, the BBC found that among lonely teens, empathy actually increased. So, for all the challenges it presents, the experience of loneliness may foster a greater ability to put oneself in another person’s shoes.

What Can Young People Do To Combat Loneliness?

If there’s a young person in your life, it’s important to be aware of this growing trend in loneliness. And if you know a teen or young adult who may be struggling with these feelings, here are some tips to share with them that may help to prevent or diminish loneliness.

1. Extend yourself by giving to others.

Reaching out to others is key. This may be helping others in need, becoming a volunteer to provide services in your neighborhood, or joining a community organization.

The process not only helps extract you from physical isolation, but the gratitude of connecting with others is a relief. We also know that the process of giving releases oxytocin in the brain, which is instrumental in feeling attached.

2. Join a group with others who are experiencing loneliness.

The process of talking about your own story and hearing the experience of others is often really helpful in not feeling so alone. Humans respond empathically and in other emotional ways to the stories of others. Since lonely teens may have increased empathy, these interactions enhance mutual feelings of affirmation and validation and improve self-esteem.

Eugene V. Beresin, M.D., is Professor of Psychiatry at Harvard Medical School. He received a M.A. in Philosophy and M.D. from the University of Pennsylvania. He is Executive Director of the MGH Clay Center for Young Healthy Minds. He is Director of the Elizabeth Thatcher Acampora Endowment, an outreach program to meet the needs of under-served youth and families in three community settings. Beresin is Director of the Clay Center for Young Healthy Minds at The Massachusetts General Hospital. He was Director of Child and Adolescent Residency Training at Massachusetts General Hospital and McLean Hospital from 1985-2013. He served as President of the New England Council of Child and Adolescent Psychiatry and President of the American Association of Directors of Psychiatry Residency Training. He also served as Editor-in-Chief of the Psychiatry Residents in Training Examination (PRITE). He was elected as a Counselor-at-Large of the American Academy of Child and Adolescent Psychiatry. He was elected to the Board of Regents of the American College of Psychiatrists. He is director of the year-long required third-year course, The Developing Physician: Lifelong Integration of Personal and Professional Growth with Sensitive, Compassionate Care, at Harvard Medical School that focuses on reflective practice, ethics, professionalism and interpersonal skills as the students take their core clerkships and develop their identities as physicians. Beresin is Deputy Editor and Media Editor for Academic Psychiatry. He has won a number of local and national teaching awards, including the Parker J. Palmer "Courage to Teach" Award in 2002, given annually by the Accreditation Council of Graduate Medical Education to 10 Program Directors from all medical specialties. In 2004, he was awarded the American Psychiatric Association and National Institute of Mental Health Vestermark Award for Outstanding Teaching. In 2008 he was awarded the Bowis Award by the American College of Psychiatrists for outstanding service to and leadership in the College. In 2010 he was appointed a scholar in the Academy at Harvard Medical School. In 2010 he was awarded the Excellence in Reviewing Award by Academic Medicine given to 14 794 reviewers for the Journal. In 2011, Beresin was awarded the Cynthia N. Kettyle Award for Medical Student Teaching by the Departments of Psychiatry, Harvard Medical School. Beresin has consulted to a variety of television shows including ER and Law and Order SVU. He was Consultant to the Emmy Award winning HBO children's specials, Goodnight Moon and Other Sleepytime Tales (2000), Through a Child's Eyes: September 11, 2001 (2003) and Classical Baby (2005). He co-produced a Parenting Resource website for abcnews.com. Beresin has published numerous papers and chapters on a variety of topics including graduate medical education, mental health and media, eating disorders, personality disorders, and child and adolescent psychiatric treatments.View Author posts