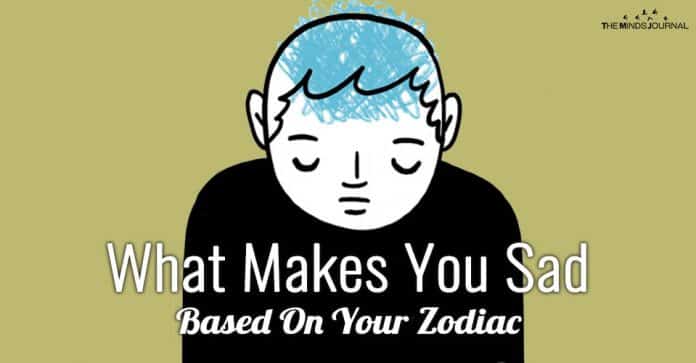 Depression Triggers: What Makes You Sad Based On Your Zodiac Sign

Meticulous and controlling, Libras feel the worst if they think the reins are slipping out of their hands in any given situation.

Even if the slightest of hitches occur in any of their well thought out plans, they’ll completely freak out because they’re no longer in control. This sensitivity leads to them sinking into the depths of despair.

A Scorpio is never more depressed than when they are scared. They usually go through life without any fear, taking all the risks they can and enjoying the advantages of doing so.

Living life on the edge also ensures that they know that it has to end at some point. This awareness of their own mortality and knowing that nothing lasts forever scares Scorpio and it makes them depressed as well.

Loneliness is Sagittarius’ biggest trigger. Even though this is the sign that is most at ease when they are alone, the fear that they might never find anyone also gnaws away at them.

They plan out their lives in solitude but they don’t like living that way for too long. They actually like being alone but only till they realize that loneliness might be waiting at the end of the road.

Do you sometimes suffer from loneliness? Read 10 Sneaky Signs of Loneliness Which Say You’re Lonelier Than You Think

The depression trigger for a Capricorn is knowing that they’re growing old. Somehow they can never wrap their heads around it being a part of life and they are always doing their best to avoid aging.

You’ll even find them going under the knife to maintain their looks but the knowledge that they’ve grown older always gets to them at some point leaving them down in the dumps.

There’s nothing more pleasing to an Aquarius than knowing that they’re right and they like keeping things that way. If you ever point out any mistake they might have made, they’ll be up many nights thinking up ways to show you how mistaken you are for even thinking that they could have messed up.

This constant struggle tears them down because they’re not really good at defensive measures. All the effort takes a toll leaving them to feel sad and cynical.

Pisces is most often brought down by their family. It’s not really the fault of the family but Pisces just feels it more, if there is some strife within the members.

They like it when things go well and if it looks like the relationships within the family are tense, it makes them tense too. Being as high strung as they are, they’re even more sensitive when it comes to family and this is usually the main reason why they’re upset.

So there you go. These are all the zodiac signs and what makes then sad.

Let us know in the comments below, which zodiac sign you belong to!

If you want to know more about the depression triggers for every zodiac sign, then check out this video below: 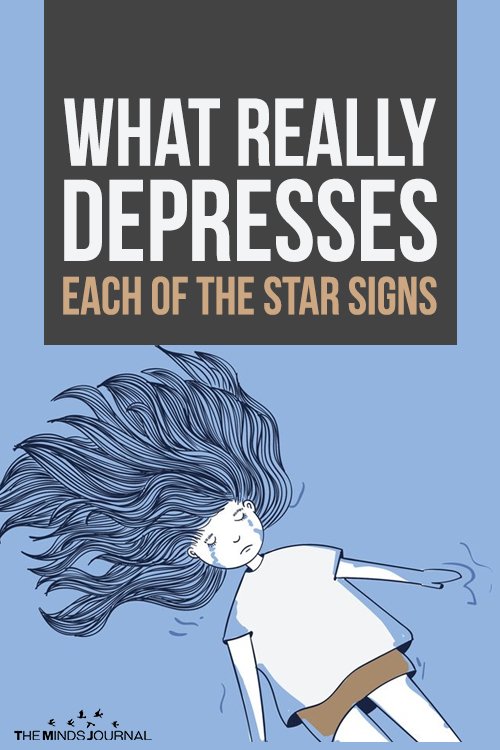 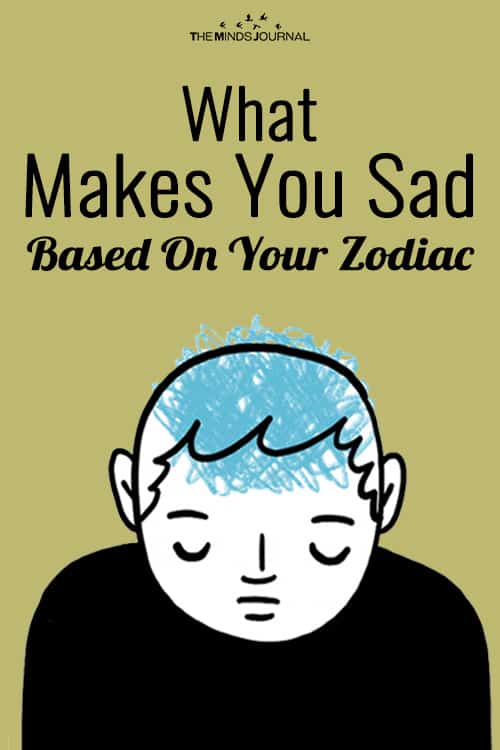