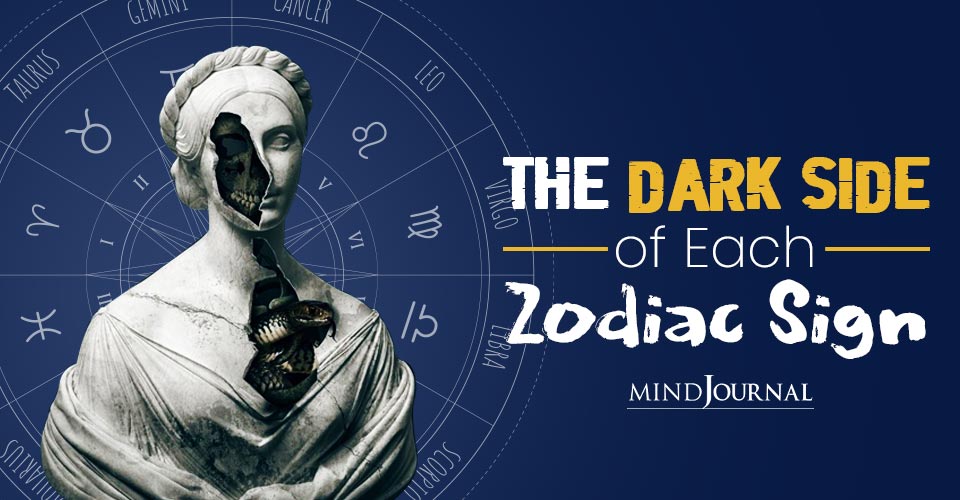 Do you want to take a look at the dark side of each zodiac sign? Then read this post till the end and know all about the negative traits of each star sign.

Each zodiac sign has a dark side. We can’t be angels all the time. Aries can’t help it that they live on impulse, while Pisces’ gullibility gets them in a lot of trouble. Interested to find out the dark shadow side of your astrological sign?

Although some of us have trouble controlling our weaknesses, it’s wise to know about our vices. So, take a look at the dark sides of your personality according to astrology.

Related: 12 Archangels And Their Connection With The Zodiac Signs

Here are the dark sides of zodiac signs:

Related: Aries Personality Traits: A Zodiac Guide to the Enterprising Yet Ruthless Sign

That’s all on each zodiac sign’s dark side. What is your dark side based on your zodiac sign? Comment below and share this article on the dark sides of zodiacs with your friends as well.