What Are Light Beings And How To Communicate With Them 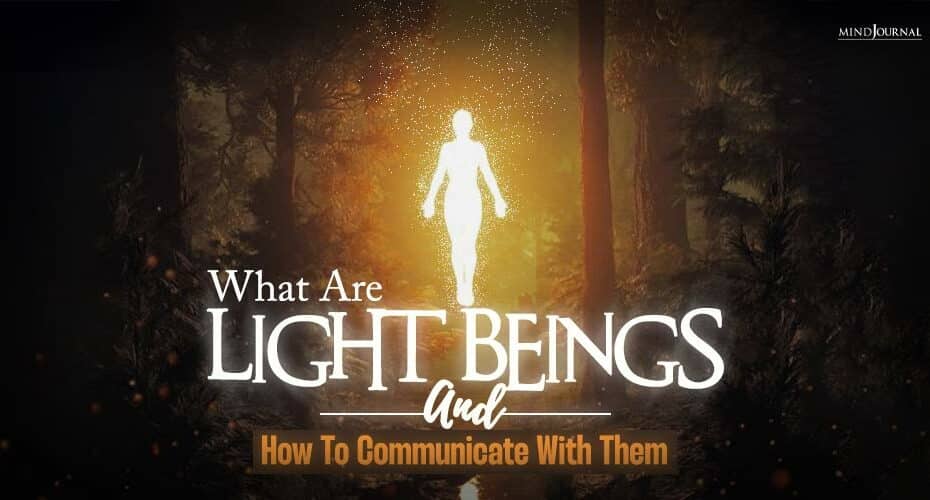 Do you know what are light beings? Do you believe in light beings? They are spiritual beings of pure light and energy. Many people consider them to be divine guardians or angels who accompany human beings and guide them on this planet.

The Divine Beings Of Pure Light

Light Beings are beings of pure energy who can be found in higher dimensional fields of the spiritual realm. Logically, it refers to a conceptual life form composed of light instead of matter. These beings of light are widely mentioned in legends, myths as well as eyewitness accounts related to the paranormal and UFOs.

However, some people believe that they are extra-dimensional or spiritual beings that exist in the 5th dimension or higher. These beings of light are usually described as tall creatures and are viewed as translucent glowing spirits.

They tend to discharge extremely high energy and are believed to have a wide range of capabilities. When surrounding us, their energy can feel like that of the entire solar system.

Although they exist in another dimension and in another side of the Universe, they may contact human beings often to communicate some important transmission. Encountering a light being is a once-in-a-lifetime experience as their divine energy can reach the deepest layers of our psychic and spiritual existence instantly.

According to mythology and ancient culture, there are many examples of light beings or light deities, such as –

Read also: 7 Stages Of Awakening You Have To Go Through To Achieve Enlightenment

As these divine beings usually exist in a higher realm or dimension, they tend to be formless or shapeless from a physical perspective. However, when they are observed through the inner eye of our soul, they may appear in abstract, incomprehensible forms.

When seen on earth by human beings, light beings can appear in different geometric shapes that may either be simple or complex. These shapes are composed of pure, intense light and some may even be made up of sound waves or frequencies as well.

Can Humans Be Light Beings?

Spiritual masters can often become light beings after they ascend. It is also believed that several of these beings co-exist with humans on Earth disguised as humans. Sunanda Sharma, author, life coach, and member of Best American Psychics Team 2013, explains that “The Siddhas, or self-realized souls of the Himalayas, are light beings in disguised human form.”

They are enlightened ascetics, sadhus, or mystical yogis who are liberated from the concepts of age, time, and even dimension. They do not have any spatial or temporal location.

Sunanda adds “They can live and die at will. They are meditating for hundreds of years to increase the earth’s vibration. They have the power to materialize and dematerialize their body into light, at will.”

Human beings are creatures of light themselves pregnant with divine strength and grace. It is only by exploring our inner plane and awareness can we truly realize that we ourselves are beings of light as well.