The Baffling Connection Between Vegetarianism and Depression 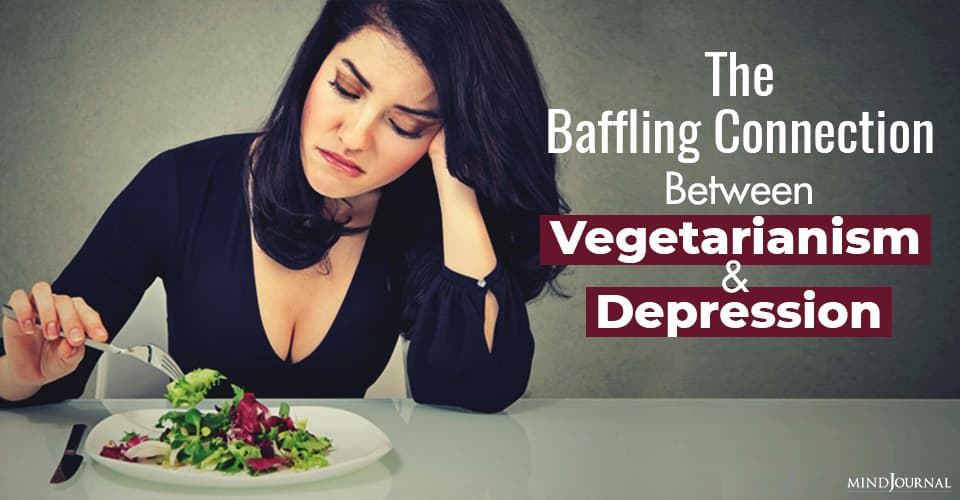 Is Vegetarianism causing Depression in vegans? New research tells how.

I have a lot of vegetarian friends and most of them are happy. For example, my colleague Mickey is a bundle of energy and laughs a lot. It’s always fun to argue over beers with my exercise physiologist pal David about whether vegetarians live longer than meat-eaters. And working with my former graduate student Shelly was a hoot when we were combing back issues of the tabloid press for stories about human-animal interactions. (See, for example, “Heavy Metal Music Turns Poodle Into Vicious Killer.”)

Thus, I was surprised to learn from a new review article by Daniel Rosenfeld of Cornell University in the journal Appetite that reported vegetarians are more likely to be depressed than meat-eaters. Intrigued, I took a deeper look at this body of research. I located 11 peer-reviewed papers on the topic published between 2007 and 2018. Rosenfeld was right.

Here’s what I found in each of them:

Read The Difference Between Sadness And Depression

The eight studies above, which involved a total of 131,125 subjects, found that vegetarians are more likely than meat eaters to suffer from depression. However, I also located three studies involving 1,244 subjects that came to different a conclusion.

Hal Herzog has been investigating the complex psychology of our interactions with other species for more than two decades. He is particularly interested in how people negotiate real-world ethical dilemmas, and he has studied animal activists, cockfighters, animal researchers, and circus animal trainers. An award-winning teacher and researcher, he has written more than 100 articles and book chapters. His research has been published in journals such as Science, The American Psychologist, The Journal of the Royal Society, The American Scholar, New Scientist, Anthrozo's, BioScience, The Journal of the American Veterinary Medical Association, and Animal Behavior. His work has been covered by Newsweek, Slate, Salon, National Public Radio, Scientific American, USA Today, The Washington Post, The Boston Globe, The Chicago Tribune and many other newspapers. In 2013, he was given the Distinguished Scholar Award by the International Society for Anthrozoology.View Author posts