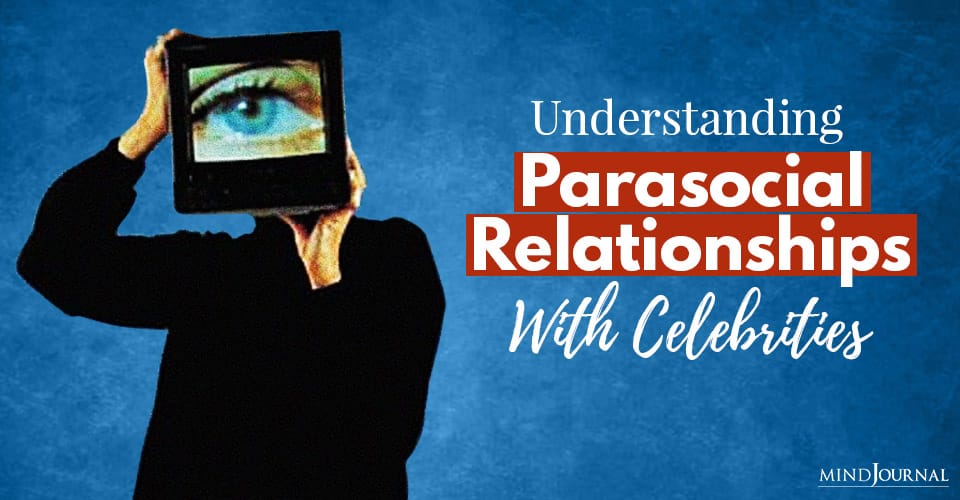 Do you have a crush on media figures? Do you think of them most of the day? Feel close to them even when you are not watching them on screen? Want to be a part of their life? If yes, it’s a sign of parasocial relationships.

However, if you are imagining a situation or feel like you are interacting with a TV personality or any other popular media figure during a discrete viewing or listening scenario, it is called parasocial interaction.

Donald Horton and Richard Wohl first introduced and described the terms parasocial relationships and parasocial interaction in their article  “Mass Communication and Para-Social Interaction: Observations on Intimacy at a distance,” published in 1956. In this article, the terms parasocial relationships and parasocial interactions are used interchangeably. But, the article mainly focused on the illusion or imaginary conversations between media consumers and media personalities while watching a TV show or listening to a radio broadcast. Now that gave rise to conceptual confusions.

When a person or media user feels like they are interacting with a celebrity, fictional character, radio jockey, or any media figure during a discrete viewing/listening scenario., then they are experiencing a parasocial interaction.

For example, if you feel like hanging out in Brooklyn while watching the American comedy film Do The Right Thing, you are engaging in a parasocial interaction.

On the other hand, when a media consumer imagines a long-term relationship or a love bond with a movie or a sports star, or any media figure that extends outside the viewing or listening situation, it is considered a parasocial relationship.

In parasocial relationships, people extend emotional energy, time, and interest even though the other party (media figure) is completely unaware of the existence of the media consumer.  Such one-sided bonding can be positive or negative.

For example, you admire the host of the TV show American Idol and keep thinking about the host even when not watching him on-screen or talk about the host as if he is part of your friend circle. Then you are having a parasocial relationship with the host.

Pros and cons of parasocial relationships

Unlike parasocial interaction, parasocial relationships can expand the social network (rather than restrict it) in a way that invalidates the chance of rejection from the media figure. Therefore, it motivates the media consumer to identify with any individual who they think naturally elicits a caring response or empathetic feelings.