The 3 Negative Effects Of Social Media On Our Life 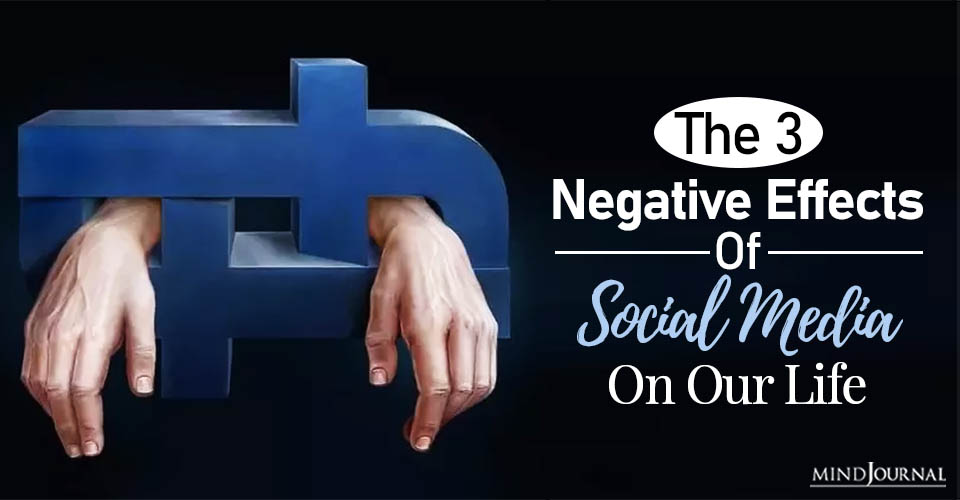 Have you ever gotten yelled at because of some three calls that eventually ended up being three Missed Calls and you never called back?

How many times have you gotten pissed at somebody because of a text that went without being replied to for the entire ten minutes? Or how about the dreaded “missed 13 calls from ‘Mom’”? Do you think Mom had these sorts of troubles? Or dad? Half their stories start with ‘in our times and most of those ends with ‘it is all because of that mobile phone of yours.

And then they decided we weren’t smart enough to handle all this awesomeness, so they introduced “Smart” phones: Smartphones with the internet and much, much faster messaging apps and even video calls.

Without these, for all that I am about to write, even I feel lost with a sudden absence of my phone. But there are days l really don’t see the point of all this artificial smartness surrounding me. Not because I feel dumb — I do, sometimes, but because it is frustrating and I have been in weird arguments that I am sure would have never come up without social media specifically.

Yes, that thing where you can go through everybody’s life stories and talk to strangers via their specialized apps and feel a false sense of glorification on the basis of the number of people who claimed to have liked your life-happenings by hitting a “like” button.

You may not agree, or may even not relate to this; it is a free country unless you are not in one — in which case, maybe you should write about your life.

Social Media these days is a word that seems to me like it is waiting to convert itself into Social Evil. Personally, I am sure it is. What began as a platform to connect with people has become a gala to exhibit one’s non-existent life.

It is a virtual world of immoral practices; of lies, deceit, and betrayal; of clever pictures, and cleverer wordplay. All of which creates nothing but complexes: inferiority and superiority both.

Read Social Media and Its Ill Effects On Modern Relationships

The major Social Damages done by Social Media are all individual and vary from person to person.

1. The Major Thing Damaged, Is Tolerance.

One sassy status, one opinionated comment, one unsettling post, are all enough to get some people’s flares up.

For all our talk about freedom, we can’t seem to digest one comment from somebody who has a different view on something that is apparently not even so important in the long run of our own survival.

And not just on things people disagree about — what’s with all the haters posting meaningless, rude stuff on harmless pictures of mildly famous personalities? More like ‘why?’ As in, why all this unnecessary negativity?

Read Our brains on smartphones, (un)social media, and our mental health

2. Damage Would Be Jealousy.

I have had varied sorts of friends and some of them are stuck to their phones. Half their conversations are about what went on in their social media ‘newsfeed’.

The other half is about how certain people always manage to procure a certain amount of likes on pictures where they are only yawning or something like that.

Most of the time, these are not even strangers. Friends getting jealous of their own best friends because her college pictures look very ‘happening’ or his job takes him to some really awesome places, or because all their pictures ‘probably look nice only because they have a high-end camera’.

Friendships are not the only ones being tainted by jealousy. Social media is hands down, a good way to share your pictures.

Also, sometimes, the beginning of a bad conversation. A friend of mine always had her ex-boyfriend asking her why she needed to have so many guys in her friend circle. (The fact that he is ‘ex’ now, says a lot about how that relationship turned out eventually.)

Every picture she put up and every picture she got tagged in was an open invitation for the ex-bf to start about how those guys were waiting for a chance to be more than friends and all other nonsense.

In his defense, social media does seem to glam up the reality. (In her defense, he had insecurities about other things and he had to go.)