How To Survive A Manipulator And Restore Your Sanity 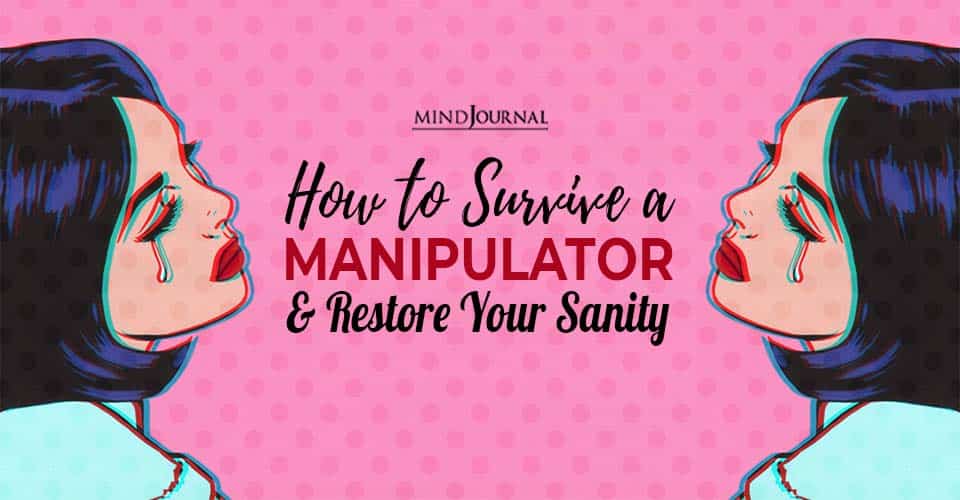 Restoring your sanity after a manipulator’s gaslighting takes knowledge.

It also takes courage. (See also: Gaslighting Victims Question Their Sanity.) You first have to learn how covert-aggressors operate.

Then you have to stand up to their tactics. All this takes time and mindful practice. But once you get the hang of things, you can end the self-doubt.

And you can stop questioning what’s real. Slowly, you begin to feel sane again.

After all, it was never you; it was always them. And the fact they ever made you doubt attests to the power of the tactics.

The Heart of Crazy-Making

My first book In Sheep’s Clothing was born of a major insight. People do a lot of fighting in life. And some people fight in very surreptitious ways.

The covert maneuvers they employ are effective. They throw others on the defensive while cloaking aggressive intent.

You might suspect something is up but end up doubting yourself. You might even question your sanity. To restore your sanity you have to trust your gut.

And you have to see your manipulator for who they truly are. Once you recognize a dirty, underhanded fighter, and how they operate, things change.

Related: 12 Signs You Are Being Psychologically Manipulated

A Case in Point

Traditional psychology taught that people do this unconsciously. And, supposedly, they do so to calm a troubled conscience.

But covert-aggressors are skilled excuse makers.

And they make excuses knowingly and purposefully. They know most people would find certain behaviors wrong.

So, when you confront them, they know they’ve behaved badly. And it’s not so much that they’re riddled with guilt they can’t bear.

They don’t have enough conscience for that. Rather, they simply want their way. And they resist the obligation to do things differently. They’d rather you see things their way. Once you do, they can continue doing as they please.

I once knew a man we’ll call “John.” He discovered his wife “Betty” had been texting inappropriately with another man.

He called her out on her behavior.

She then offered two “justifications.”

First, he hadn’t been paying her enough attention.

Second, she’d only engaged in a “harmless flirtation.”

John likes to be understanding. So he was tempted to accept this “explanation.” But he’s learned about Betty. She always has an excuse.

Besides, she threw in a couple of other tactics. She minimized the seriousness of what she’d done. And she subtly blamed him (i.e. his inattentiveness) for her actions.

If John had accepted her arguments, Betty would have successfully manipulated him.

John used to question his sanity a lot. He always felt something wasn’t quite right with Betty. But she always had an answer.

And she could be quite convincing – even charming. So, he ended up questioning what was real and what wasn’t. John doesn’t feel crazy anymore.

He knows who Betty really is. And he knows how she operates. Now, he confronts her tactics. And he doesn’t allow himself to be swayed. He’s learned the secrets of personal empowerment.

Related: 9 Signs You’re a Person Who is Hard to Manipulate

Manipulators aren’t the only character-impaired people out there.

That’s why I wrote Character Disturbance.

And keeping your sanity in a character-deficient age can be quite the challenge.

That’s why Dr. Armistead and I wrote How Did We End Up Here?

It’s worth looking at a few other tactics and how to best respond to them. We’ll do so in the coming weeks.