Solving the Problem of Controlling People 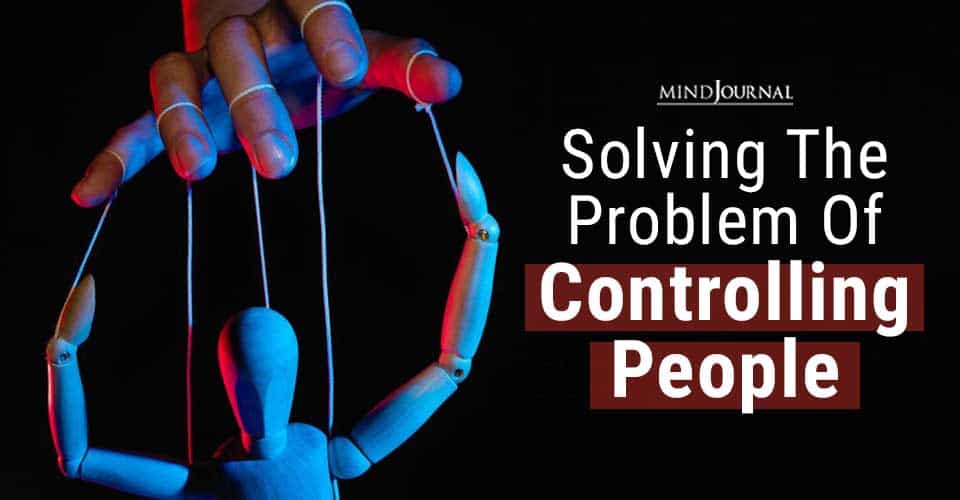 Are there controlling people in your life who like to boss you around? Perhaps it’s your manager or your partner or your son or daughter. Maybe a friend, a sibling, or a parent. Whoever you are, it’s likely to be the case that, from time to time, you’re irritated by other people telling you what to do.

It’s also just as likely, however, that being told what to do by others isn’t always annoying. If while eating dinner, you hear, “Would you pass the salt please, honey?” you’ll probably reach out your arm and move the salt in the desired direction without a second thought.

Why are some situations troublesome in that controlling way and others are not? What is the irksome aspect of being controlled by other people?

Imagine how great life would be if you could prevent this botheration from occurring or eliminate it swiftly when it did occur.

Before any problem can be solved, it’s important to understand what the problem of controlling people is. So, what’s the problem with people telling you what to do? And, more fundamentally, what does it mean to say that one person is controlling another person?

If we deal with the second question first, the first question might be easier to answer. We could probably agree that being controlled by another person is the situation that occurs when you do things according to another person’s instruction or request that you wouldn’t have done in the absence of the other person’s call. This definition, however, immediately raises a problem.

According to this definition, you are being just as controlled when you absentmindedly pass the salt as you are when your boss “makes” you stay back late to finish a report.

The problem is that one situation feels like you’re being controlled, but the other doesn’t. Nevertheless, in both situations, you only acted a certain way because another person requested that you do so.

So, why do the two situations seem so different?

The distinction is crucial and gets to the heart of the problem of controlling people. With the “pass the salt” situation, you want to pass the salt, because you want to be kind and helpful to your partner, you want a sense of closeness in your relationship, and so on.

With the “working late” scenario, however, you don’t want to stay back late. You want to be at home having a family dinner or just taking it easy with a glass of wine or watching your favorite TV show.

Related: 6 Signs Your Partner Isn’t Infatuated or in Love But is Obsessed And Emotionally Abusive

If you had as much money as you needed and weren’t concerned about the opinion your boss had of you, then it would be much less likely that you would conform to your boss’s demands.

Tim Carey Ph.D., (Clinical Psychology) Professor and Director of the Centre for Remote Health (a joint centre of Flinders University and Charles Darwin University) in Alice Springs, Australia, is a clinician, researcher, trainer, and educator. He works as a clinician for the Central Australia Health Service and his research includes understanding the change process in psychotherapy, developing a patient-led model of service delivery, and evaluating the Method of Levels a transdiagnostic cognitive therapy. The central theme of his work involves finding ways to help people make their lives be as they want them to be.View Author posts