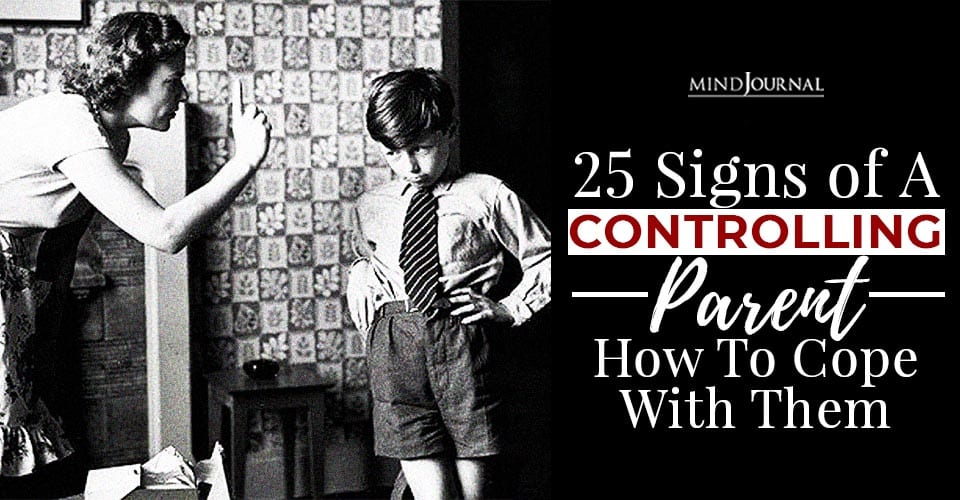 Every parent wants to raise their child the best they can. However, some parents believe they know what’s best for their kids and become a controlling parent. If you think your parents are overbearing, then here’s what you need to do.

Controlling parents: Who are they?

Most children have loving and supportive parents who respect their decisions and encourage them to pursue goals. However, some of us believe we are never good enough or worthy of being trusted and respected by our parents. Toxic parents criticize, berate and demean their children constantly. But worst of all, they control every aspect of their child’s life claiming they know what’s best for their children. A toxic parent may be overbearing and controlling even when their child is in their adulthood.

Parents who are authoritative and controlling are excessively strict and establish rules that must be followed by their kids at all costs. These parents are usually nonresponsive to the needs of their children and mostly use parent to child communication. Controlling parents may also use various manipulative strategies like emotional blackmail, guilt trips and shame, to control their kids. All of these can severely influence the emotional and mental health of the child.

Read: 4 Types Of Parenting Styles In Psychology: What Kind Of A Parent Are You?

Controlling parents “don’t leave space for their children to have their own emotional experience and develop a sense of autonomy,” says family therapist Esther Boykin, MFT. Although they may support your education and help you build your career, as long as they approve of it, they do so mostly out of guilt for being so controlling. Boykin adds “Our parents know all of those soft spots. If they want to exert control, they’re really good at doing it in ways that can be fairly indirect.”

Why are parents controlling

Growing up with controlling parents can be nerve-racking, even as an adult. But before you brand them as monsters and start a big fight, it is important to understand why they behave the way they do. It is crucial that you analyze their behavior and learn about their motivations. “A difficult childhood is often the reason for a person’s erratic ways. Controlling parents may have manipulative parents or siblings themselves; they grew up believing that controlling others is a given behavior,” says educator Michelle Liew.

Manipulative parents are often victims of abuse and have been hurt extremely in the past. Their insecurities drive them to be excessively strict with their children and become overbearing. They see their kids as their only opportunity to be dominant and gain control as they have been rather submissive in the past. Moreover, some parents can just be narcissistic and manipulate their children to boost their ego. They have high expectations from their kids and refuse to understand the perspectives of their children.

Read: Over-Controlling Parents: The Burden Of Being Over Controlled As A Child