The Lifelong Effects of Childhood Neglect By Parents 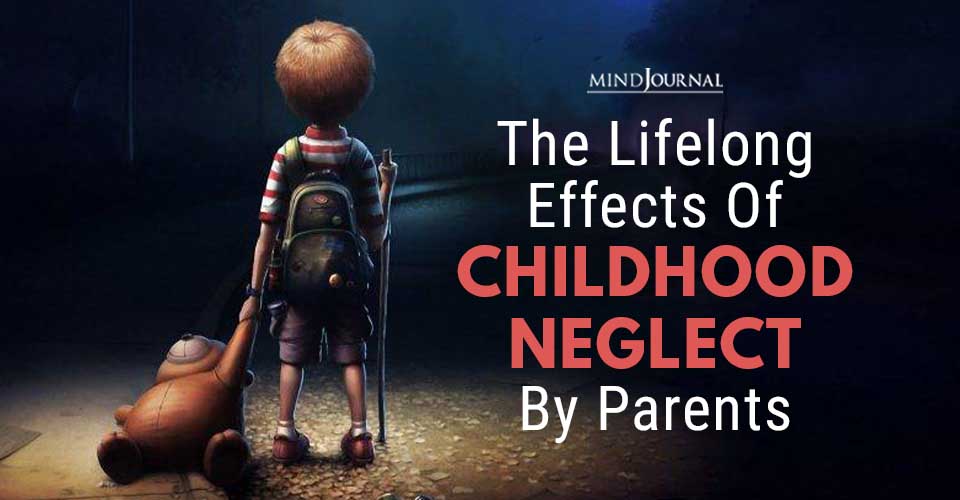 Childhood neglect from parents can end up having detrimental and toxic effects on a child’s psyche, and their emotional development. When a child experiences childhood neglect, it can have a direct impact on their sense of self-worth, and confidence.

Neglectful parenting is far from an ideal approach in raising a resilient, confident and emotionally healthy child.

If you were emotionally or physically neglected as a child, it can be a difficult journey to heal.

Neglect can be a hard thing to put your finger on, especially emotional neglect. Neglected children often don’t realize they are being neglected at the time and can internalize the pain and loneliness and think it is their fault. They are often told they are “too sensitive” or “selfish” if they try to get their needs met.

Parents with little empathy often neglect their children and don’t even realize it, while there are also parents who don’t care. Either way, the child grows up wondering about their own self-worth and value.

Traumatic experiences like abuse and neglect have an adverse effect on children’s brain development.

As the child matures, the developing brain changes in response to the child’s environment.

Bruce Perry, an authority on brain development and children in crisis, has done pioneering research in this arena. His research shows that a child’s brain develops in sequence, just like other aspects of physical development. Perry says that the sensitive brain of an infant or young child is malleable. Powerful experiences alter the functioning of an adult brain, but for children, especially young children, traumatic events may change its very framework. Studies and clinical experience also show that childhood abuse and neglect can impact a child’s emotional development.

In my practice, I see adult clients who were neglected, and most have symptoms of post-traumatic stress disorder and significant trauma to resolve. If there was a lack of emotional attachment in childhood, this also affects relationships later in life and can make it difficult to trust others. Fear is often expressed and felt without always understanding why.

Young children naturally have a playful and curious spirit about them. Sometimes it is fun to just watch them innocently explore the world around them. But if children are not properly attended to, validated, treasured, and loved, this spirit can be squashed and damaged.

Many times, parents who are neglectful also use shame and humiliation when the child attempts to get their love and approval. The child may eventually stop trying, and the loneliness that follows may actually be easier to deal with than shame, humiliation, or neglect.

The late Swiss psychologist Alice Miller made this important point when she said, “We don’t yet know, above all, what the world might be like if children were to grow up without being subjected to humiliation if parents would respect them and take them seriously as people.”

We’ve all had the experience of seeing children mistreated in public. It’s hard to watch without wanting to interfere and protect. But now with social media and internet access, we are certainly seeing more shaming of children in the public eye. Facebook, YouTube, and other social media displays of treating children badly are seen far too often.

Using authoritarian parenting and shaming children into submission might be the easiest way to parent, but it’s also the most damaging. Ignoring or neglecting a child’s needs can create many symptoms and ultimately mental health problems, which then can affect the rest of his or her life.

How, for example, can a child grow up knowing how to provide empathy and nurturing if they were never taught?