The Link Between Emotions and Obesity: According To Studies 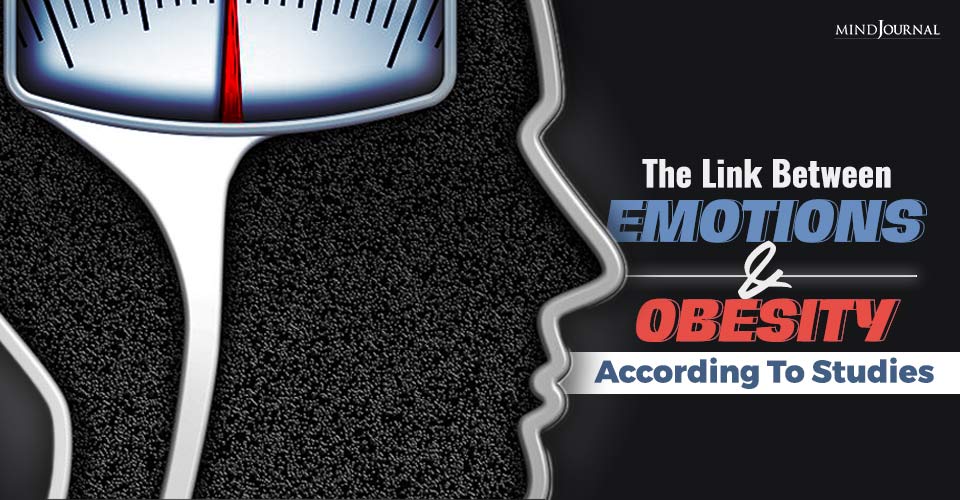 Did you know being obese is more harmful than being underweight? This is because emotions and obesity are closely linked. A research found that eating habits among obese people is frequently related with the boredom, anger, depression. Read on to know the relationship between emotions and obesity.

Worldwide obesity has almost tripled since 1975 according to the World Health Organization. It is affecting adults, children, and teenagers. In 2016, 39% of adults aged 18 years and over were overweight and 13% were obese. In 2019, 38 million children under the age of 5 were overweight or obese.

Do You Think Overweight Equals Obesity?

Before understanding, if being overweight is the same as being obese, let’s get something straight.

First, why do we need fat? Fat or adipose tissue is very important for our normal body function. Without fat, our body will not get the energy that we need to live. Also, fat is a carrier of different vitamins and supports its absorption in the intestine. Act as messengers and help proteins and nutrients to do their job as well as protect various body organs.

There is a relentless cycle of creation and destruction of fat cells in our bodily system but our body maintains a fixed number of fat cells mainly during adolescence but growth in number can also occur in adulthood.

Secondly, What Does Overweight And Obese Mean?

1. Overweight in simple terms is “excess of body weight,” and is defined as having a body mass index (BMI) above 25.

2. But, obese is referred to “excess of fat” and is defined as having a body mass index over 30

BMI is the formula used to assess body weight in relation to height. A simple index of weight-for-height gives a measure of your body composition. BMI is found to be an effective predictor of body fat but doesn’t directly measure body fat.

As you can see overweight and obesity labels for BMI (or ranges of weight) are greater than what is considered to be healthy for a given height.

A person can become overweight at any age but the timings may vary for men and women. Most women who are overweight gain their excess weight after puberty and may be caused by oral contraceptives, pregnancy, and menopause.

Related: 6 Reasons You May Be Gaining Weight Unintentionally: The Science Behind Obesity

In men weight gain is associated with the transition from an active lifestyle at a young age to a sedentary lifestyle later. The excess weight may remain stable and decline after the age of 55-64 years.

Accumulation of fat in the body doesn’t always lead to obesity.

No doubt fat makes a person heavier. But the amount of fat present in the body may not be reflected in a person’s overall weight. From an anatomical perspective muscle mass decreases with the increase in fat. So, even if the number of pounds you weigh increases, it cannot measure or predict the fat in your body.

How Does One Become Obese?

In adults, adipose tissue or fat is a loose cluster of lipid-filled cells called adipocytes. Lipids are a group of fat and fat-like substances including cholesterol. When fat cells are filled with lipids they grow and become larger than the original size. When adipocytes reach a critical size, other young and unspecialized cells in our body turn into more fat cells.

Related: Weight Bias in Healthcare: The Truth About Obesity