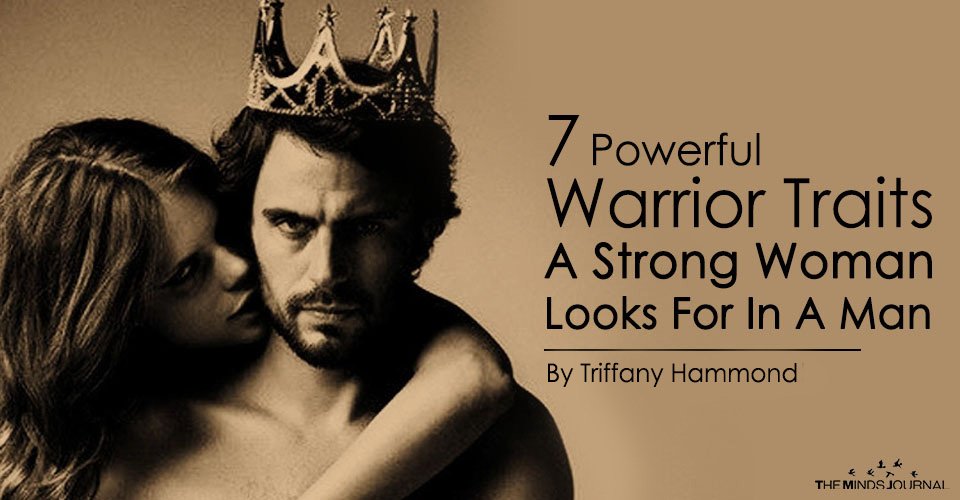 Is he strong and sensitive enough to stand by your side?

I recently read an article entitled, “You Don’t Need A Man, You Need A Goddamn Warrior.“

Wow! Now there’s a compelling title (and concept) for you, ladies!!

In the article, the author tells strong women that having big dreams doesn’t mean we have to sacrifice the quality of our partnerships; it just means recognizing that what women want (and need) in a partner is more than an average, everyday man.

It’s a fantastic message that definitely hit home for me, so I shared it on social media with a call out of my own: For my wild women, my goddesses, my gorgeous friends who put themselves out there in the biggest ways, determined to bring your absolute best to this world and do right by this gift called life — you deserve a “goddamn warrior” — this warrior of yours is going to want to encourage the flame in you, instead of trying to douse it with his own insecurities.

I am one of those women extremely determined not to let a single moment of this wonderful (albeit tumultuous) life go to waste. And that means not settling on any partner (friend or romantic) who isn’t also completely and totally in love with their life. As such, my standard for the men I partner with is HIGH!

I’m not saying that men have it easy. Modern men are navigating their own dating and relationship intricacies. And the confusing and constantly high expectation of what constitutes being “a real man” these days is an ever-moving target now that gender roles are muddier than ever, and women aren’t afraid to ask for what they want (or leave if they don’t get it).

Sure, it’s the 21st century … but a lot of men were brought up with an early-to-mid 20th-century mindset, and as we all know — change is hard.

So what does this modern “goddamn warrior” man look like … this evolved male who can stand equally beside a wild woman, a goddess, a gorgeous spirit who puts herself out there fully?

1. He knows that his circumstances are not his identity

When asked about himself, he thinks for a moment, goes inward and delivers a thoughtful response akin to, “I’m a work in progress.” He’s not his job, he’s not his house, or his car. He’s not his last mistake nor his most recent success. He’s a guy who understands that circumstances are beyond his control, therefore he takes the time to work on who he is first and foremost.

2. He takes bold action (that may even scare him a little)

He knows that the only way to know himself more deeply and grow himself more fully is by pushing his boundaries on a near daily basis (not just physically, but emotionally). That means feeling intimidated at times, because he knows that whatever truth he’s speaking today, he may see things differently tomorrow. However, he’s willing to lean in and explore those possibilities because that’s what it takes to know himself fully.

3. He values being right and wrong equally

He understands that making mistakes is a learning opportunity and that ever-changing subjectivity determines whether one is “right.” He embraces every situation, not as a permanent landing place, but as a chance to learn and grow. He’s well aware that the comfortable and the uncomfortable are, both, useful and necessary.

4. He relies on his own understanding of “strength” and “worthiness”

We have absolutely no control over others’ perceptions of us. He is less concerned with how others see his strength, his manhood … his worthiness and more concerned with what it takes to develop those characteristics within himself. He’s well aware that conditioning his strength means showing his vulnerability.

5. He admires others’ skills openly

He has hand-selected his own “goddamn warriors” (and goddesses) and is proud to collaborate with them. He touts their abilities to the rest of the world. He’s aware that their strength only make him stronger, it doesn’t diminish him.

6. He seeks connection, not separation

He’s aware of his impact on others, and theirs on him. He does compete with others or hold domain over anyone. There is no exchange of favors, no score-keeping, how could there be when he receives as he gives? He works hard so that he can take part in the rising tide that lifts all ships, not just in word but in deed.

7. He loves deeply and forgives easily

He is unafraid of what he has to lose, because he’s so excited about what he has to give; because he understands that life can change quickly, he makes himself present to each and every opportunity to love and to let go, so that he can make the most of each moment he’s alive — even when it hurts.

In a lot of ways the “Goddamn Warrior” is counter culture. We’ve learned to fight for what’s ours, to take care of our own, and be on constant watch for the next enemy.

Relative affluence over the past 100 years granted us the opportunity to evolve ourselves mentally, emotionally, and spiritually. We’ve risen up Maslow’s Hierarchy of needs and now have the opportunity to reach toward an unprecedented level of self-actualization. But, without the right mentors, we’re not clear how to do that with integrity, nor how to cultivate all the potential that’s within us.

That’s OK, the process to warrior-hood (or goddess-ness) is filled with thousands of tiny shifts toward a greater understanding. Trust yourself. Do your work. And, you’ll find everything you need to cultivate and rise into the best of who you are.

Originally appeared on Yourtango.com
Printed with permission from the author

Triffany is a Certified Professional Life Coach and best-selling author. Her superpower is forgiveness and it’s 100% teachable.
She prides herself on helping strong women tame their inner hot mess so they can reach their fullest potential in both professional success and personal happiness. Schedule your free consult to learn some tools that can help you too. 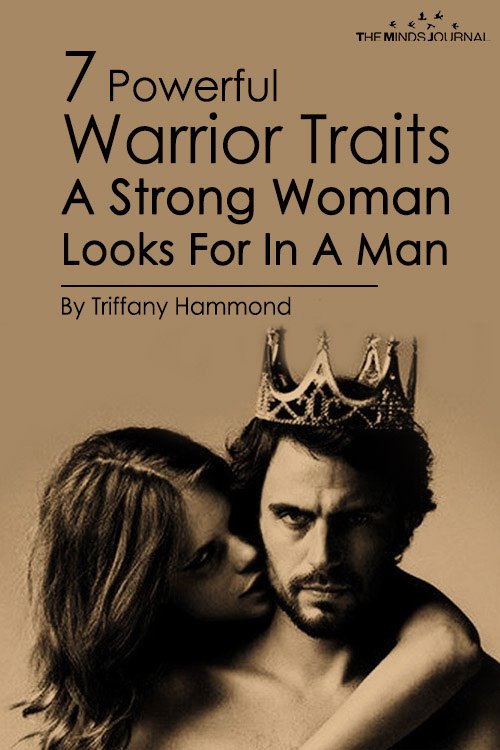