The ONE Trait That Makes You Extremely Attractive According to Psychologists 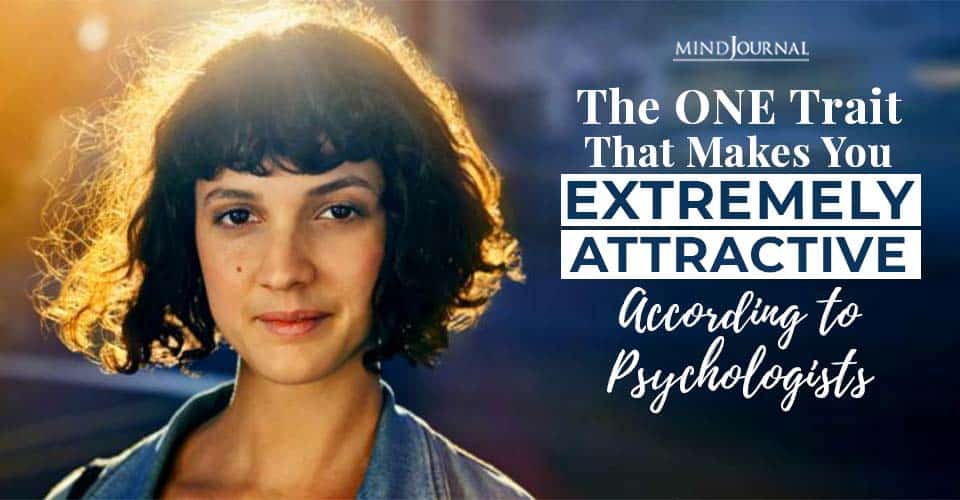 Did you ever try to find out why you get this weird tingling sensation in your stomach when you find someone who you instantly like more than others? Psychologists have finally found one trait that makes you attractive.

Personally, I was never really convinced with the idea of ‘love at first sight’ but what I do really believe in is being really attracted to someone for unknown reasons.

Sometimes you are even unable to explain to your friends why you are head over heels for a particular person because from someone else’s sight, they are absolutely basic.

Even after years of human existence, one of the greatest unsolved mysteries of all time is – what are the factors which attract a person to the other. (Here is a related post on most physically attractive zodiac sign female.)

If you ever watch a couple of advertisements on Television, precisely the ones for deodorants, you’ll realize how the commercial industry mounds our mind into believing that it’s probably the perfume or a particular kind of hair gel or a specific lipstick shade which becomes the reason of attraction.

Even though it can play a minor role in attracting someone, anything objective in nature cannot be the sole reason for being attractive.

The reason why these minor things bother us is because of all of us, either openly or deep down, want to be attractive and noticeable on all terms, physically, spiritually and mentally.

However, it is impossible to state the exact reason or ways of being attractive. Different people are attracted to different aspects.

Some people focus only on the physical shape of the other person, whereas some are driven towards the intellect of the other.

Attraction is a vast topic and it shall only be foolish to try and pin down the exact reasons as it varies from person to person.

The reason why the topic of ‘attraction’ is interesting to science is that it is always open to millions of interpretations and reasons.

The scientists all around the world could help but research on this thought-provoking topic. Even though it might not be perfect in all aspects but it does have some solid surface which backs up the theory.

The scientist and professors of the University of Lubeck had made nearly 100 recruitments go through a particular kind of experiment to find the one trait that makes you attractive.

The recruitments comprised of 50 men and 50 women. There were two experiments held. One of which was a study or behaviour whereas the other was an observation of behaviour as well as brain activity through the use of MRI technology.

Both the groups were made to watch 6 videos of women who expressed their fear or sadness. After which they were asked to evaluate the women’s emotions and describe the level of confidence in their answers.

In the first experiment, the researchers asked each recruitment about their level of attraction towards each woman and also used the motivational behavioural framework to determine their attraction.

In the second, they used FMRI images to measure activity in the brain’s “reward system” that is present during interpersonal attraction. The researchers were then able to compare the subjects’ self-reported level of attraction with the observed brain activity.

It came to everyone as a shock that the main predator of attraction was nothing physical but rather the emotional understanding. But honestly, the result can be considered to be a positive one.

Being successful in understanding a woman’s emotional state, a participant felt rather more attracted to her. The neurological imaging further confirmed it. To quote Silke Anders, author of the study and professor of Social and Affective Neuroscience,