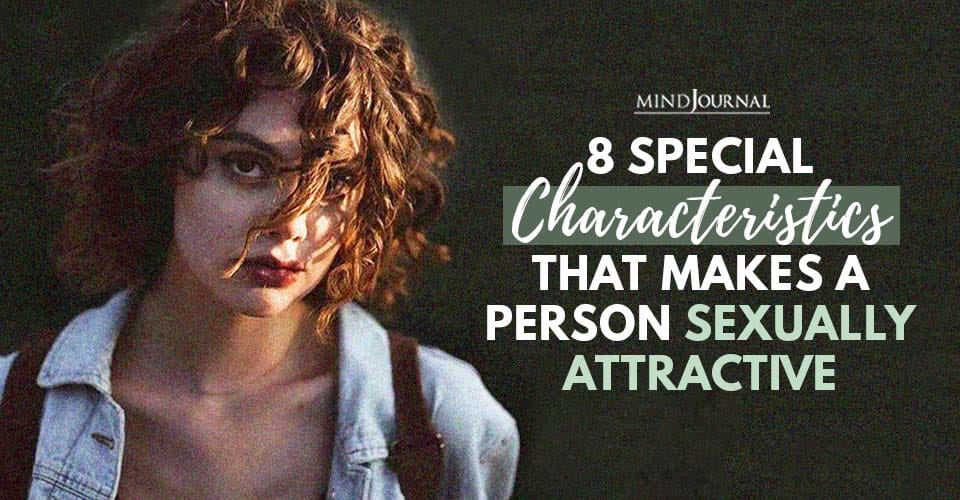 What makes a person sexually attracted to you? There is no denying that physical features do play a huge role in increasing the sexual appeal of a person but that isn’t the only thing that matters. There are some sexually attractive traits that anyone can have!

According to Google, sexy is something which is very sexually exciting or attractive. In other words, something that is very appealing. This appeal is abstract in nature and can be of any kind.

But to list down a few, here are the 8 special traits which almost every person all around the world finds to be sexually attractive:

A lot of people have agreed that generosity is one of the most sexually attractive traits. This gesture is attractive because it shows the kind of person you are from within.

Someone who is not only good to you but is very kind and humble towards everyone is honestly, an instant turn on. Everyone is attracted to humble people.

In 2013, a study proved that people who are helpful in nature are attractive because they possess good genes and have the willingness to help people around them. It also stated that men and women who were generous towards others were found to be more attractive than the ones who had an unwelcoming attitude.

2. Meaningful Deep conversations and talks are the sexiest

In this generation most conversations go like – ‘Hey’ ‘hi’ ‘what’s up’ ‘nm’ and that’s it. The conversation starts to fade in a couple of messages and that is why people don’t bond.

Someone who strikes an interesting conversation and carves their way into a deep meaningful conversation is extremely sexy.

It shows the willingness to know the other person and makes them feel special. It is not constant talking that brings two people close. It’s the quality of conversation that defines the depth of the relationship two people share. Also, talking about personal emotions helps in strengthening bonds between two people.

It is ideally said that manners matter, good looks are a bonus but humor is a must. Those days are gone when only girls would find humor attractive.

The tables have turned. Men in our times are also highly attracted to women with a good sense of humour. Cracking a few puns here and there can help in keeping the conversation going on and also make it interesting.

Most people don’t really know this, but good humour isn’t easy. So when you say something that’s witty and makes someone jaw hurt due to excessive laughing, we assure you, you’re already one of their favourite people to be around.

Related: Quiz- What Kind Of sexy Are You?

4. Confidence is the key

Just like humour, confidence is adored by both genders. It is the best accessory one can wear. The confidence to take charge is an instant turn on to men and women as the other person feels more secure around them.

Confidence is key because a confident person is fully aware of his or her actions. They aren’t in doubt and have a clear picture of what they want and take authority of it. This is the trait which charms people around them.