9 Things You Should Never Do After A Breakup 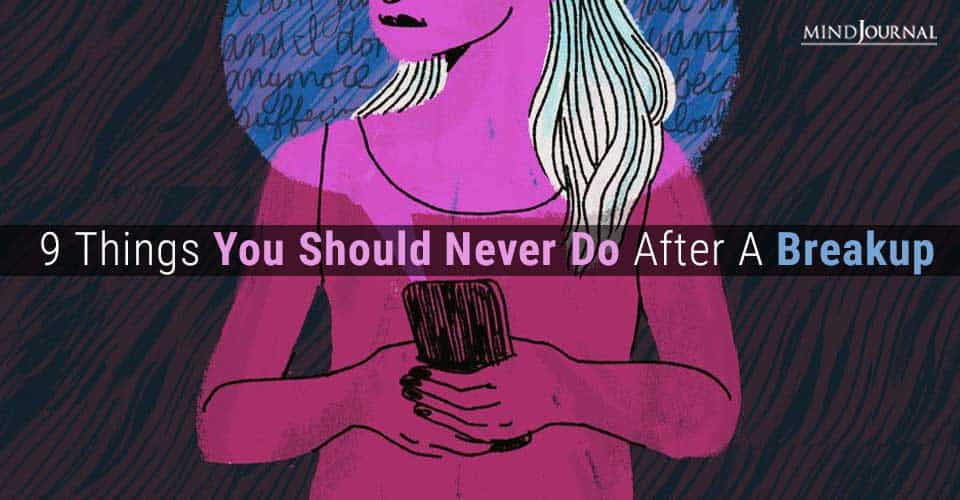 Breakups are tough and can make you feel like your heart is breaking into pieces. But there are certain things you shouldn’t do after a breakup. When your relationship ends, you might have a difficult time accepting it, but remember that nothing lasts forever, and the pain you feel, you will not keep on feeling that forever.

When it comes to breakups, even the most amicable of them can sting. No matter how mutual the breakup was, the ending of a relationship is always hard to take, and moving on from it is sometimes easier said than done.

When mourning the end of a relationship, be sure to avoid the following don’ts of breakup etiquette.

Here Are 9 Things You Should Never Do After A Breakup

Let yourself mourn. Cry. Punch a pillow. Journal. Surround yourself with friends who listen. The temptation may be to pretend you’re unaffected by the breakup; don’t let pride get in the way of being real.

You don’t have to sob at the office, but take some quiet moments to reflect and be honest with yourself. It’s okay to be angry, hurt, or humiliated. It’s healthier to express yourself honestly than grow numb.

Related: Toxic Thoughts You Should Avoid After a Breakup

Very rarely can a breakup lead to a solid friendship, and until you’re okay with the idea of your ex dating someone new — and vice versa — you’re not ready to be pals.

Create intentional space for a while and let yourself mourn the end of the relationship. If your ex is pushing for friendship, stand your ground if you’re uncomfortable with the idea. Right now, you’re not looking for a friend who looks exactly like the person who broke your heart.

Don’t key his car, kidnap his cat, or destroy his stuff. And never, ever do something that could land you in legal trouble. (If you share the lease, deal with it like responsible adults. Don’t lock him out.)

The thrill of revenge only feeds bitterness and hatred. You may have been deeply wronged, but “getting even” won’t heal any wounds. Forgive and move on. Carry your head high and spend your energy on people who deserve it.

4. Communicate. In any format.

You broke up last week, but you still “have thoughts” you want to process with the ex. You pick up your phone. Something makes you laugh on your way to work. Your first instinct? Text your ex about it. Don’t.

There will be times when it’s important to communicate with an ex. Maybe you need to return his things. Maybe you have to deal with a shared lease or pet custody. Resist the urge, however, to call or text whenever you would have when you were still dating.

Breakups create voids. Ask a close friend if you can call him/her every time you would usually reach out to your ex. Recruit a support system of friends and family to help you fill the time normally spent with a significant other. Many people feel lost after a breakup; not because they miss their ex, but because so many of their daily habits once revolved around someone else. Give yourself some time to adapt to single life.

Related: 10 Ways How Staying Friends With An Ex Can Get You In Trouble

Yes, dogs can get away with begging. But you can’t. Maybe you don’t understand why it ended. Maybe you think it ended for the wrong reasons. Maybe you’d just rather be in a bad relationship than be in no relationship at all. Instead of clinging to lost hope, find a wise friend who can help you walk through the reasons why you’re having a hard time letting go. 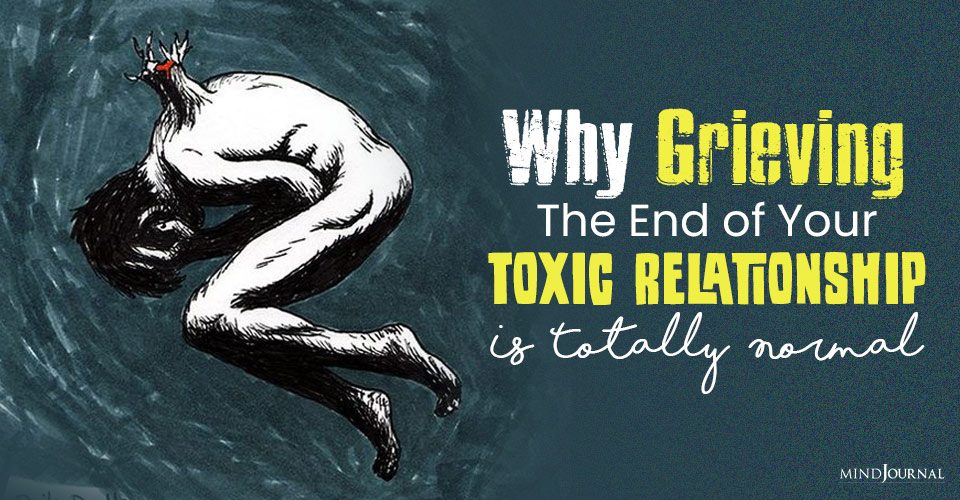