Are You a Narcissist or Narcissistically Defended? Here’s How To Know 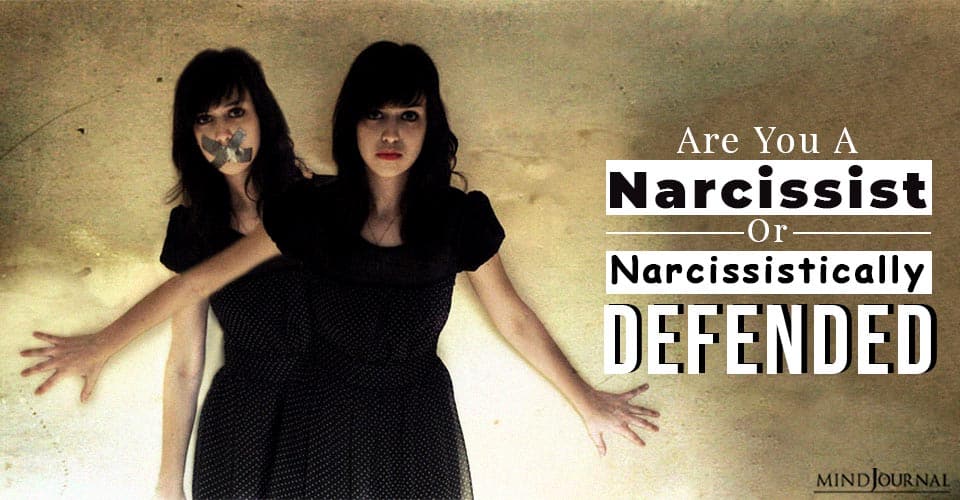 Often in such a family, one finds that there is a “Golden Child,” the one that the parent(s) prefer over all the others. That child can do no wrong. They get privileges that others don’t. If he or she does something harmful to the other siblings, the act is dismissed as silly jealousy or that the harm is imagined. The Golden Child then becomes sucked into the parent(s)’ narcissism and works hard to live up to the parent(s)’ expectations.

They must work hard to please the parent, must always look good, and be obedient to the parent in order to be seen as successful, only to realize in later life that others—bosses, workmates, spouses—don’t hold them in the same esteem. Beyond their family, the Golden Child doesn’t get the attention they always have thought they deserved.

Sadly, then, they are set up for failure and often feel that they’re faking their way through life, a phony putting on a good face and a confident demeanor despite feeling they are not good enough or successful enough. It has been called the “imposter syndrome.”

The Invisible Person in the Therapy Room

In therapy, narcissistically defended people sometimes find it difficult to understand their own behavior or feelings of unworthiness. They are the victims of the narcissist’s invisible crime. There is an invisible narcissist in the therapy room with them. They think not so much what their parent did to them—obvious sexual or verbal abuse or neglect—but rather they will say, “I can’t really put my finger on why I feel so abused. I was clothed, fed, and had a roof over my head. Why, then, am I complaining?”

For these folks, therapy can take much longer because they are carrying a lot of the emotionality and empathy for their narcissistic parents or siblings, while the parents are carrying none of it.

When the narcissistically defended person begins to awaken—that is, to become conscious of what has happened to them—there are things they can do to begin extracting themselves from this conundrum.

When you feel a big reaction coming on, that’s a clue as to what the wound is, where it came from. Then, rather than succumbing to the reaction in a habitual way by equivocating or apologizing, you might take the opportunity to speak up, to say what you’re feeling regardless of the narcissist’s denial. The more you speak up, the more you take control of your own reactions.

You might also withdraw, take a time out to think about what’s triggered you. Then, without expecting a positive reaction from the narcissist, state your boundaries loud and clear. For instance, if sexual abuse was part of the equation, you may state clearly that any personal touching is forbidden. The narcissist may easily forget this boundary and continue to violate it, but now you are speaking your truth and the stronger you do so the better you’ll feel.

Read Narcissistic Fathers: The Dark Shadow They Cast From Childhood To Adulthood

Be aware, however, that the narcissist may do what you say if they care enough about the relationship with you or others in your orbit, but only because it serves them to do so. Remember, you can’t really change them.