When A Mother Is Jealous of Her Daughter: How It Distorts A Daughter’s Development 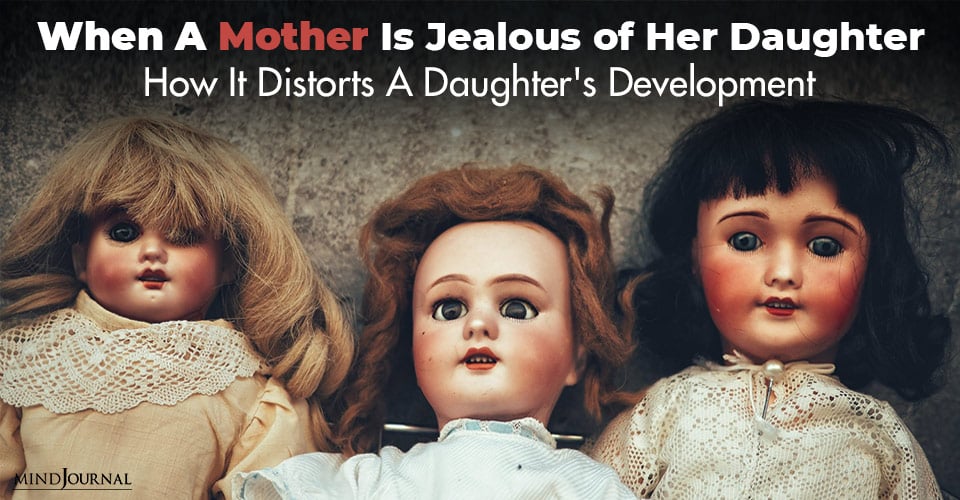 There are definitely ways in which mother-daughter relationships are wonderful but they often come with a fair share of drama and toxicity. When a mother is jealous of her daughter, it’s tough for the child to have normal development.

When I was writing the book Will I Ever Be Good Enough? Healing the Daughters of Narcissistic Mothers, I found that I heard certain kinds of painful stories over and over again, like themes in a piece of music.

One theme was that of mothers being jealous of their daughters. So much so that I included it in what I call the “Ten Stingers” of mother-daughter dynamics when the mother has a high level of narcissistic traits.

Normal or healthier mothers are proud of their children and want them to shine. But a narcissistic mother may perceive her daughter as a threat. If attention is drawn away from the mother, the child suffers retaliation, put-downs, and punishments.

The mother can be jealous of her daughter for many reasons: her looks, her youth, material possessions, accomplishments, education and even the young girl’s relationship with the father.

This jealousy is particularly difficult for the daughter as it carries a double-message: “Do well so that Mother is proud, but don’t do too well or you will outshine her.”

While many people believe that to be envied would be a desirable, powerful experience, in reality being envied, particularly by one’s own mother, is unnerving and awful.

The daughter’s sense of self is canceled by disdain and criticism.

Her goodness is questioned or labeled, or made light of, which causes her to feel like “her reality as a person is obliterated.” (Cinderella and Her Sisters: The Envied and The Envying).

As the daughter analyzes what her mother appears jealous about, she comes to feel unworthy. It makes no sense to the daughter that her own mother would have these bad feelings about her. The daughter tries her best to make sense of the situation and decides that something must be wrong with her.

I have found that daughters of narcissistic mothers typically find it hard to discuss envy from their own mothers, and find it even harder to come to terms with it!

They usually do not see their own goodness enough to recognize maternal envy for what it is. Instead they believe that they have yet again done something wrong. If they have internalized the “not good enough” feeling, they don’t see themselves as someone anyone would envy.

The whole situation is crazy-making for the daughter’s feelings. It creates hurdles to healthy development and the building of sense of self.

Meanwhile, what’s going on with mom?

Envy allows the insecure mother to feel temporarily better about herself. When she envies and then criticizes and devalues the daughter, she diminishes the threat to her own fragile self-esteem.