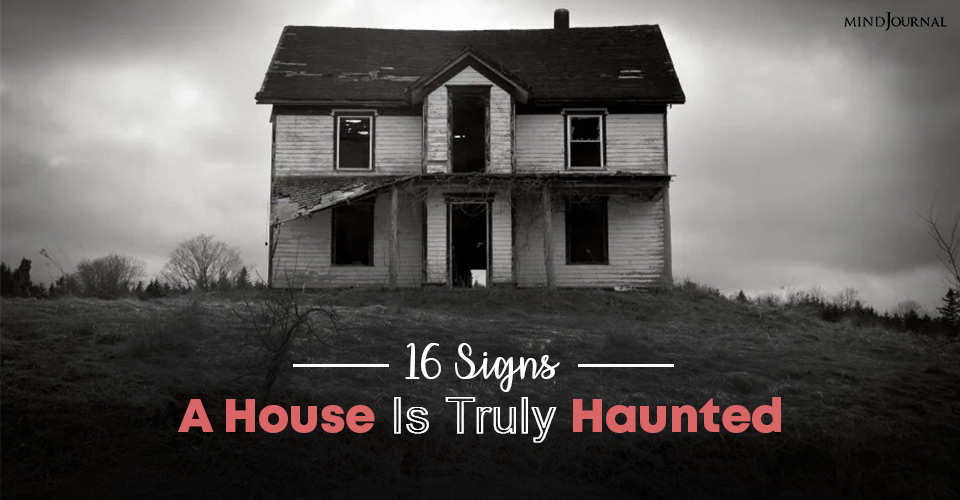 The door creaks for no reason. The curtains move even when there’s no wind. Things go missing only to turn up in a different place later. Why do strange things occur in a house? Is there something more to those creepy unexplainable sounds heard every night? Do these signs indicate that a house is haunted?

Watching horror movies may be fun but living in an actual haunted house can be a really terrifying and emotionally scarring experience.

Living in a nightmare house

At the risk of sounding like an idiot, I know what it feels like to stay in a house that’s haunted. When I was younger, we moved around a lot, and eventually, we lived in a house that was a lot larger than we needed it to be. The house was beautiful yet cheap. That should have been a red flag right there. But in real life, no one goes around thinking there’s a ghost in my house when you’re getting a nice property at a good price. As we moved in, we immediately realized something was off about this house.

It was unusually cold inside the house even in the summer. Some areas of the house were excessively damp and had mold. There were a lot of doors in the house, more than there should have been, which slammed shut unexplainably. Things would disappear and reappear without any clear reason.

Lights would turn on and off by themselves while electronic devices would malfunction out of nowhere. Plates and cutlery would frequently fall from the shelves. There was always a weird musty stench in the air despite how much air freshener we used.

And then there were things that just outright creeped me out. There was always this heavy feeling in the house. It affected our moods and emotions and we generally felt very sad and upset all the time without any apparent reason. There were tapping sounds on the walls and unmistakable heavy footsteps in the hallway outside my room. Shadows moved rapidly out of the corner of my eye. But most of all there was always this feeling of being watched from behind.

Could these occurrences be explained naturally? Or was our house haunted?

Related: 6 Signs To Tell If There’s A Negative Energy In Your Space And 6 Ways To Clear It

It is highly unlikely that your house is actually haunted by something supernatural. And in most cases, all the strange phenomenon that you experience in your house can be explained rationally. Our imagination can often play vivid tricks on us and make us see things that are not even there.

Having said that, there are a few genuine hauntings that are true even though they are very rare. So it may be possible that you are experiencing a real haunting and the strange activities can be of supernatural origin.

It’s really unfortunate if you are experiencing a haunting as it can not only affect you personally but also impact your family dynamics, your lives, and your careers as well.

And it’s not something you can easily share with someone. They will simply think you’re crazy. But most of all, you start believing you are losing your sanity, which can be the worst effect of a haunting. So having ‘ghost problems’ in the house is not something we know how to deal with readily.

Hauntings usually happen when the spirits of dead people, mostly previous owners, are unable to move on to the other side or feel trapped, or simply refuse to leave where they lived when they were alive.

And that place happens to be your house. It could also occur due to some kind of satanic or other supernatural rituals that might have taken place in your location. These rituals are believed to open up portals to the Netherworld and attract demonic entities.