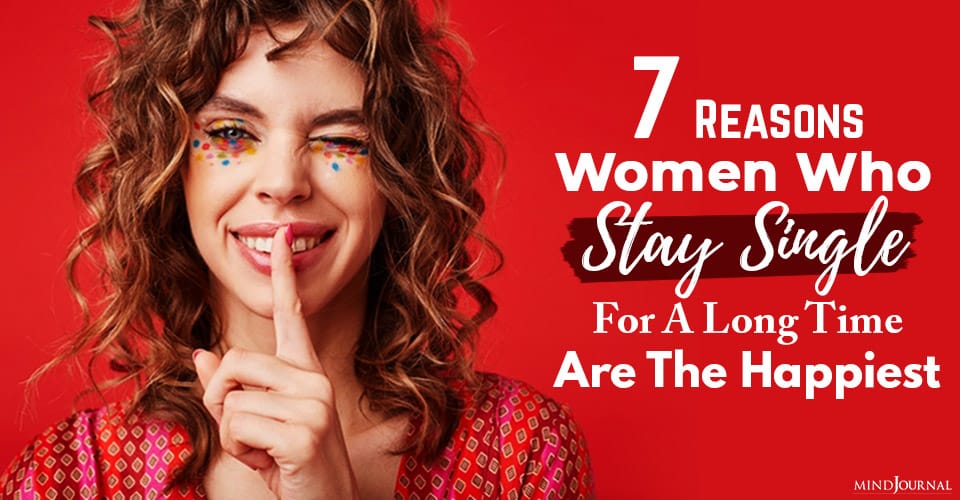 You have known this girl for a long time now. You have seen how lonely she was in high school. While most of you were dating, she was there, either crushing for someone or just focusing on other things, maybe because she couldn’t find the right person. It’s not about how she looked or how she behaved; it was about what she wanted, which is why she chose to stay single.

She went to college where she dated men. But these men never clicked. Her ex left her. She dated a few after that but things didn’t work out for her. It’s not that she lost faith in love but yes, she ended up being alone.

Nobody likes to be lonely. Neither does she. But experiences made her lonely. For some reason or the other, she ended up being single. It’s not a tragedy for her because she is now the happiest girl in this world.

“Single is no longer a lack of options – but a choice. A choice to refuse to let your life be defined by your relationship status but to live every day happily and let your Ever After work itself out.” ― Mandy Hale, The Single Woman: Life, Love, and a Dash of Sass.

Related: The Kind Of Single Woman You Are Based On Your Zodiac Sign

Now you might ask, why does a girl who chose to stay single is the happiest?

The reasons are many.

1) She enjoys her solitude.

It’s been really hard for to her overcome break-ups but she has done that.  She doesn’t need anybody else to be happy.

She’s perfectly comfortable with her solitude. There used to be times when she would cry herself off to sleep. But now she loves it. She has no need to wait for someone’s call late in the night and then get disappointed because the man of her life didn’t call back.

When she’s alone with herself, there’s no need for her to tell her significant other to meet and hear words from him which she wouldn’t have expected, which would hurt her. She’s not dependent on anyone for her happiness. She loves her solitude.

She is financially, socially, and psychologically independent. She knows how to take care of herself, how to manage her expenses, pay her own bills. If she faces any problem, she solves it on her own.

She helps others but she’s capable of helping herself. She’s powerful. Independence gives her the courage to move forward in life.

Be it buying groceries or watching a movie, she does them all alone. She doesn’t need anyone to share her experiences with. It’s perfectly okay for her because she is in touch with her true self.

Even if we are in a relationship, we can’t always have our partners with us in whatever we do. For a lot of couples, the better half’s absence makes the other person unhappy and disinterested in doing things.

She’s single and she doesn’t need to tolerate all this drama in her life. She chose to stay single because she is happy doing things alone.

Related: 5 Things To Expect When You Date A Confident Girl Who’s Used To Being On Her Own

She has been able to concentrate on her personal development. Having too much time for herself, she could focus on her dreams and aspirations. She studied hard and gave more time in her professional sphere.

She could attain a lot professionally at a young age when her friends were busy dating or getting married or having kids. The world looks up to her as a young talent. She knows she has a lot to give and she hones her intellect.