5 Things To Expect When You Date A Confident Girl 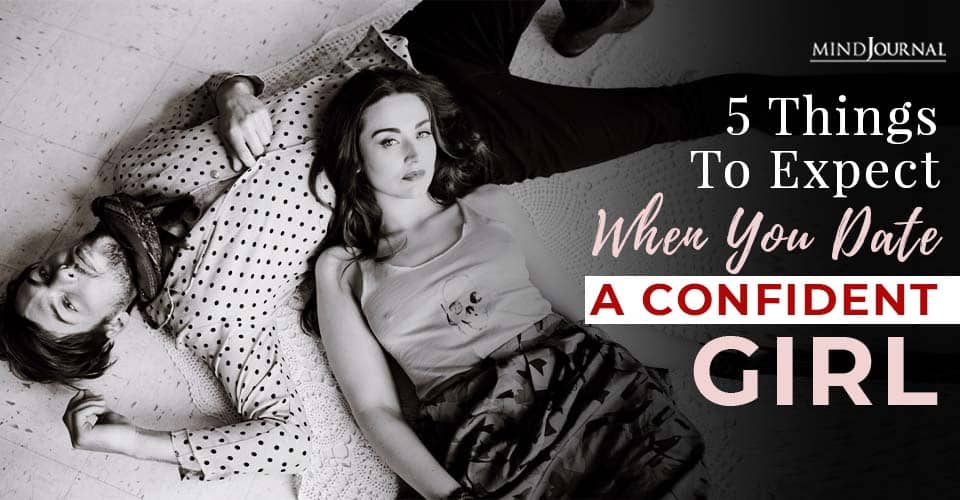 When you date a confident and strong girl, you will understand how it feels to be in a relationship with someone who almost never needs someone else to protect them or save them. They are strong enough to know that they are enough.

Sometimes the best type of love is between two people who aren’t really looking for it.

Whether they’re healing or simply focused on themselves first, the relationship is healthy because it’s grounded not on desperation, but true desire.

It’s like this when you date a girl who’s used to being on her own. She’s not focused on you for a central part of her happiness. She’s not relying on you to save her from herself or her pain. Instead, she’s content with herself and her life.

She doesn’t need you, but she wants you. And that’s the difference.

1. She won’t rely on you for every little thing.

A girl who’s used to being on her own won’t rely on you for every little thing. She’s been on her own for so long she’s realized how to fend for herself and has no qualms about doing so. She’s confident in her decisions and smart in her choices.

It may take her a while to warm up to you and fully trust you, but even when she does, still don’t expect her to lean on you. She’s independent and that’s a beautiful thing.

2. She will be distant sometimes.

It’s not because she doesn’t like you or doesn’t want to get close to you. A girl who’s used to being on her own simply doesn’t consider other’s perspectives before her own, so this will cause her to be distant from time to time.

Don’t take it personally! Understand that this is just how she’s been wired and as your relationship grows, so will her willingness to open up.

When you date a girl who’s used to being on her own, you have to understand that her independence is her strength. Whether she’s been burned in the past or just comfortable with who she is, she’s going to take a little bit to let you in.

It’s not because of who you are or something you did/didn’t do; it’s simply because she has built her identity in herself and her abilities. Learning to be vulnerable with someone else is challenging.

4. She’s confident in who she is and not afraid to be herself.

When you date a girl who’s used to being on her own, you have to understand that her self-awareness and identity is stronger than most. She most likely has opinions on things because she’s spent a lot of time deciding who she is and what she believes.

She’s also very confident because she’s made a lot of decisions without influence, so understand that if it seems like she’s ‘stuck’ in her ways, it’s probably just her past.

Don’t try to change her; try to meet her where she is and understand what makers her, her.

5. She not scared to have an opinion.

A girl who’s used to being on her own is probably one of the strongest women you’ll ever meet. She won’t let you walk all over her. She won’t be told what to do. And she won’t be swayed from her perspectives unless there’s a good reason to be.

She’s not bitter or angry; she’s simply self-guided. This is her strength. This is what makes falling in love with her all the more worth it.