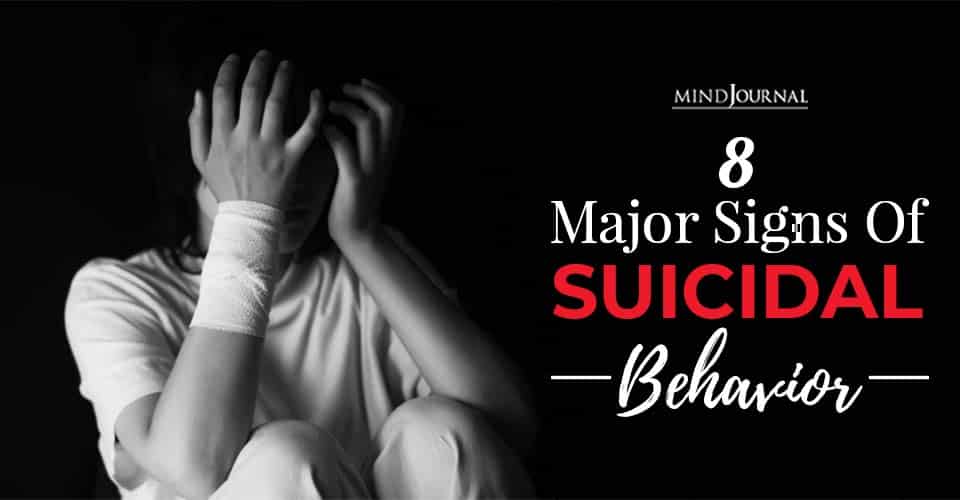 Suicide is one of the major social afflictions affecting mankind today and is very common among all age group. Learn 8 factors contributing to suicidal behavior:

Having devastating ramifications, many of us feel helpless when it comes to addressing the problem. The truth is that even now, we are ill-equipped to deal with the problem.

Most of us do not have proper knowledge of psychiatry and handling such an apparently herculean problem seems to be beyond your meager capabilities.

We might have a friend or family member who is feeling suicidal right now. Another major problem concerning this issue is that most people who are suicidal don’t usually talk about their problems.

This is because there is still a stigma operating within our society where suicidal people are often dismissed as crazy or weak. So if at all you want to help them make sure that you aren’t being judgmental and make the first move of talking it out.

Anyone can be at risk of suicide, be it children, adults, men, women. Yet there are certain groups who are more susceptible to suicidal behavior than others.

According to a report by the CDC, gay, bisexual and lesbian youths are four times more likely to commit suicide than straight people.

It is a very relevant question why people think of committing suicide.

According to Jody Nelson, a clinical worker in Lansing, Michigan:

“A suicidal person will often see suicide as a neat, tidy, and self-contained solution to their emotional state of desperation. Suicide is never neat. Never tidy. And never truly self-contained. Suicidal people are not capable of seeing or predicting the ripples and waves their act will cause in lives around them. Yet their suicide will impact lives they aren’t even aware they are touching via connections their own illness makes impossible for them to see.”

He also mentions the following risk factors that make a person prone to suicide:

A suicidal person is bound to exhibit abnormal behavior. They have reached a point where their emotions have started bothering them beyond endurable limits.

Don’t expect rational behavior from them.

When a suicidal person finds means of committing suicide near him/herself then they might get triggered to end his/her life.

Some people find it difficult to adapt to drastic changes in their lives. It might even insinuate one to commit suicide.

Depression and suicide go hand in hand. Some can even hide their suffering and fake a smile in front to others.

Severe depression is one of the reasons behind isolation and suicide. A person suffering from it would want to push away people who love and care for them from his/her life.

6. Past cases of suicide in the family.

This might happen unconsciously and the person may not even be aware of the mental illness passed down to him/her.

Even acute financial difficulties can make a person prone to suicidal behavior as it might drastically affect the quality of life that he/she is leading.

Read To The Friend I Lost to Suicide

If you feel that someone around you is feeling suicidal then you should never hesitate to take the first initiative and try to talk it out with them.

You should say something like this to them and listen to their response:

“Hey! I have been noticing that you have been feeling a little down lately. You aren’t thinking of killing yourself, are you?”

It is one of those questions that really touches them as they might not even be aware that other people could know about it. This might induce them to rethink their condition and current emotional state.

And if they start to talk, help them in any way possible. Get them to help from an emergency. A suicidal person usually feels relief after talking their hearts out to anyone.

Always remember that it is a very valuable and noble thing you’re doing if you are helping someone to find a reason to live.