The Difference Between Narcissism And Confidence 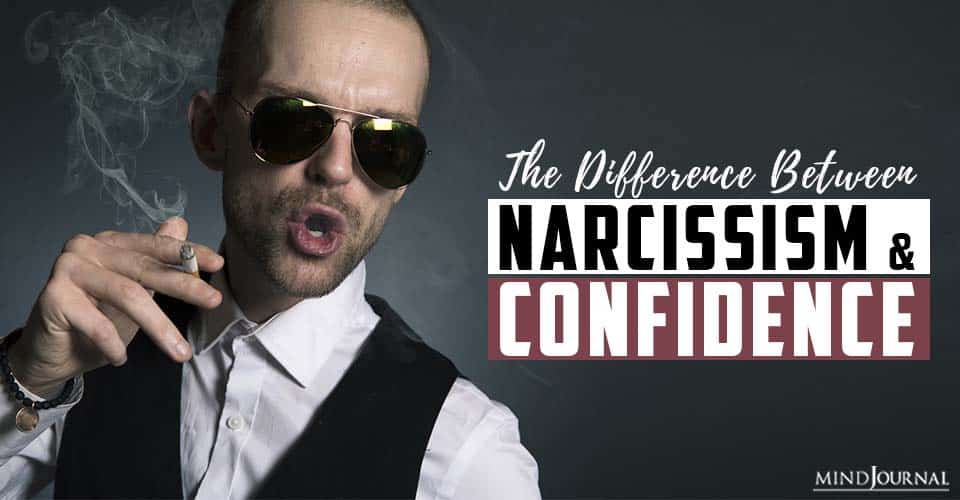 On the surface, many individuals with a strong narcissistic streak may appear ultra-confident. They love being the center of attention and often believe they rarely make mistakes. Most tout their own perspective and do so without inhibition. The unwavering belief that they are right, upstanding, and honorable is strong. Some boast that they don’t have a filter, because they feel entitled to say whatever they want.

Yet, many of these personality traits indicate the presence of an extreme and robust defensive structure, not confidence. Although defense mechanisms are normal and necessary, when they are impenetrable, rigid, and static, they may be a barrier to the deeper emotional capacities which allow for self-awareness, conscientiousness, and attunement to others.

This points to the possibility that the person who seems confident may actually be profoundly insecure and may protect himself or herself from an awareness of insecurities with a hefty and unconscious defensive system. Like a force field, this structure keeps out uncomfortable emotional states that threaten a fragile sense of self.

Deflection, projection, distortions, and denial act in unison to protect the person from the pain of accountability, insight, and empathy.

Read 5 Most Common Signs of Narcissism

Extreme deflection and projection allow the person to expel accountability and place blame elsewhere, contributing to the individual’s desire to control and police others. A situation may arise when the person cannot deflect accountability because he or she has been “caught red-handed.” In this scenario, the person may unconsciously employ the cognitive distortion called a victim stance in order to escape consequences.

For example, Lisa is caught submitting an employee’s work as her own. When she is confronted, instead of feeling deep remorse, she cries and tells her boss her pet is sick, and she hasn’t been able to concentrate on work. Lisa uses an emotional hardship to excuse a nefarious deed.

A person should always attempt to access support when going through a difficult time; however, using a personal hardship to excuse a separate behavior that hurts another is an indication that the person may be utilizing the victim stance cognitive distortion.

A second example illustrates the unconscious and extreme use of deflection and projection. Rick enjoys attention from others. He welcomes the recognition and often spends time chatting and texting with individuals who admire him.

Yet, when Kara, Rick’s partner, heads out for a “girl’s night,” Rick accuses her of being provocative and a flirt. He calls her repeatedly during the evening to check up on her and picks a fight when Kara arrives home. Kara is embarrassed, upset, and tired of the conflict, so she stops going out with her friends. In this example, Rick lacks insight and projects his need for adoration and attention onto Kara, which allows him to feel entitled to correct, control, and dominate the situation.

Extreme defenses alter a person’s version of reality. The person views the world through a distorted lens, which often allows him or her to feel like a victim. “Badness” is unfairly projected onto others, and the person feels honorable and upstanding when he or she can “set another person straight.” A sense of entitlement and a need to punish or correct others is frequent. Often this person is able to easily align other people with him or her through the use of a common scapegoat.

Alternatively, a person who is truly confident walks with defenses that are flexible and malleable. He or she has a more secure sense of self that is able to tolerate awareness of insecurities and vulnerabilities. Softer defense mechanisms allow painful feelings to penetrate a person’s conscious awareness.