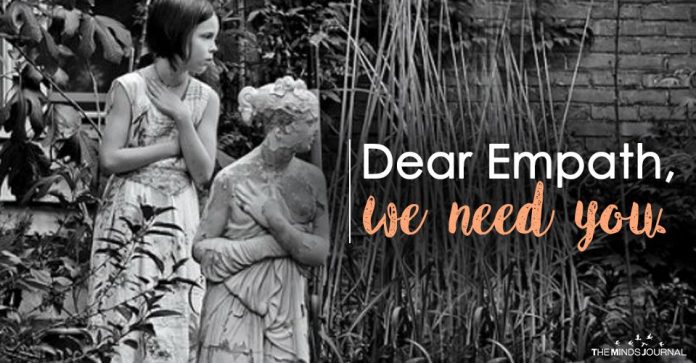 Dear Empath, We Need You

Dear Empath, We Need You- Here’s why.

To those who soak up the world’s energy like a sponge.

You have a crucial role to play. 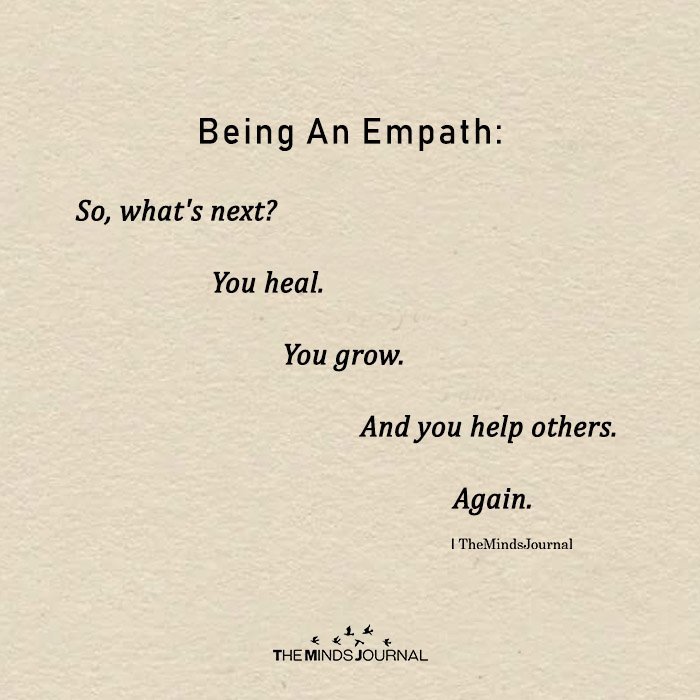 You are the one who feels too deep, always observant about the people around you; profoundly sensitive about their needs. You, yourself are an enormously enigmatic being, far too immersed to reach, at least in this lifetime.

The role assigned to you, in life’s drama is the most significant one. It is to be the messenger of love and compassion.

You are one angel in disguise.

You are one of the strong ones.

You are one of the believers in magic. You dance in the shadows to bring life to the light filtering from the chinks others fail to notice.

Without you, chaos is sure to ensue.

Sometimes you play the role of match-striker, sparking the fire that chars the dust flakes that have suspended itself on the shell.

Know that the work you do, in igniting the flames of kindness, is the most divine thing to do. Rather, it is remarkable. It signifies your immense potential to go deeper into the core of other’s souls to lighten the darkness they have concealed for years.

We all wear armors of lies of who-we-need-to-be and what-we-need-to-prove. You are often the sole being who sees the snags in other’s feelings, however minuscule. That’s how you rip and pull and prod until the whole web, the false exterior, comes undone before the x-ray eyes of the empath.

This is an immensely difficult job. This is the task of a fighter, a wolf, a truth-seeking ninja who will stop at nothing.

By most conventional societal standards, you are, without a doubt, the underdog. You receive none of the glory that you deserve.

People fail to acknowledge the positive vibes you spread. They may not realize until years later it was you that so gently removed the shambled cloak they lay sleeping beneath. This was only to fill their lives with the fresh air they need.

They may never comprehend the depths of your mission, the gift that you have so selflessly bestowed upon them.

You see, most people don’t notice the things you see and feel with clarity. Most others live in oblivion of the felt sense that simmers throughout your entire body, down to the root, remaining hidden by the tangibility society places on a pedestal.