Breaking the Ties that Bind: Examining Trauma Bonds with an Extreme Narcissist 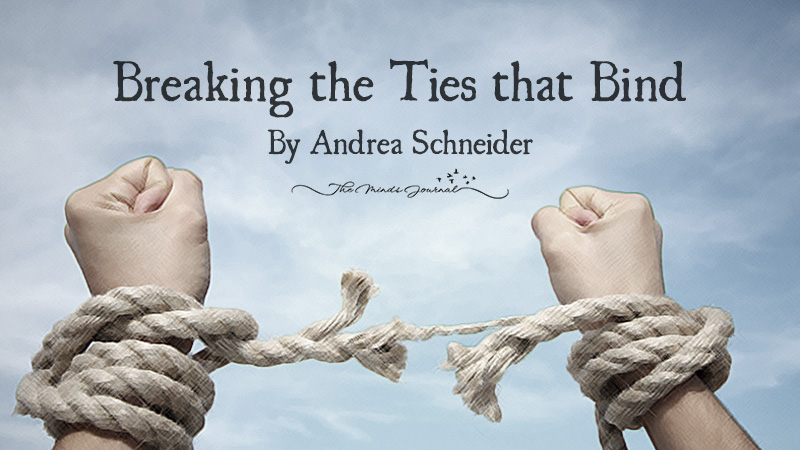 Bonds with an Extreme Narcissist
By Andrea Schneider, MSW, LCSW
In my private practice, I work with many clients who are leaving toxic relationships with malignant (extreme) narcissists.

Many wonders why it is so difficult to leave a relationship with a partner who abuses them on so many levels.

People with extreme narcissism demonstrate a propensity to hold their partners in a state of power and control, whereby emotional abuse manifests in the form of *gaslighting*, *the silent treatment*, and cycles of *idealization, devaluing and discarding*. What ends up happening through the cycles of abuse is the development of what trauma specialist, Patrick Carnes, coined “trauma bonding” (Carnes, 1997).

Read How Narcissistic Abuse Changes You

Clearly the target of a person with extreme narcissism can easily fall captive to the trauma bonds associated with Stockholm Syndrome . Oftentimes, in order to survive a psychologically (and in some cases, physically) terrorizing experience, victims of this trauma bond subconsciously identify with their abuser. Think of the character in the HBO series Game of Thrones, Theon Greyjoy, where Ramsay Bolton is the extreme narcissist (really an individual exhibiting antisocial personality disorder or what many consider extreme psychopathy). Theon has been trauma-bonded to his captor because he sees survival and complete horror wrapped up in one person, his sadistic captor.

Physiologically, Theon has developed Stockholm Syndrome, whereby his biochemistry is intricately tied to surviving the horror of captivity, but he doesn’t feel he can escape. He is intermittently kept alive and tortured to such extremes that physiologically, his brain becomes rewired to believe his survival depends on placating his captor. The above fictitious example may exaggerate what a trauma bond could look like, but it serves to illuminate how easy it is for a target to feel stuck in a seemingly intolerable situation.

In abusive romantic relationships, the abuser with extreme narcissism also intermittently develops a cocktail of “love-bombing” in the initial stages of the relationship where intense sexual chemistry, future-faking of marriage proposals, and whispering sweet-nothings of soul-mate status to their target creates an intense high of oxytocin and dopamine, two brain chemicals which facilitate attachment and bonding (Olff, 2015). This neurochemical high can be as potent, some say, as a hit of heroin.

When the abuser begins her/his devaluation stage, then the target will often cling to the remembrances of the initial stages of infatuation, attempting to move the relationship back to the way it was in the beginning. However, because the abuser with extreme narcissism is not bonded to her/his target, he/she has attached only on to their partner, like a leech, to extract what is termed narcissistic supply. Just as quickly as the abuser has extracted narcissistic supply, they quickly detach and then move on, leaving their partner emotionally bleeding, confused, and bewildered in the discard stage of the relationship. The survivor will often at this time experience what feels like a drug withdrawal whereby depression, anxiety, and complex-PTSD often develop as a result of the trauma bond with the abuser with extreme narcissism.

It is very possible for a survivor of an abusive romantic relationship with a person with extreme narcissism to heal once they leave the abusive relationship. However, swiftly beginning psychotherapy with a trauma specialist is essential, as the survivor likely show signs of complex-PTSD, given that the exposure to abuse possibly was over a period of quite some time (versus a short finite traumatic episode). Due to the length of exposure to abuse and the insidious, covert nature of emotional abuse, the survivor will need unconditional support from a highly skilled psychotherapist to heal.

Stay tuned for a future article on complex PTSD for survivors of emotional abuse by a person with extreme narcissism.