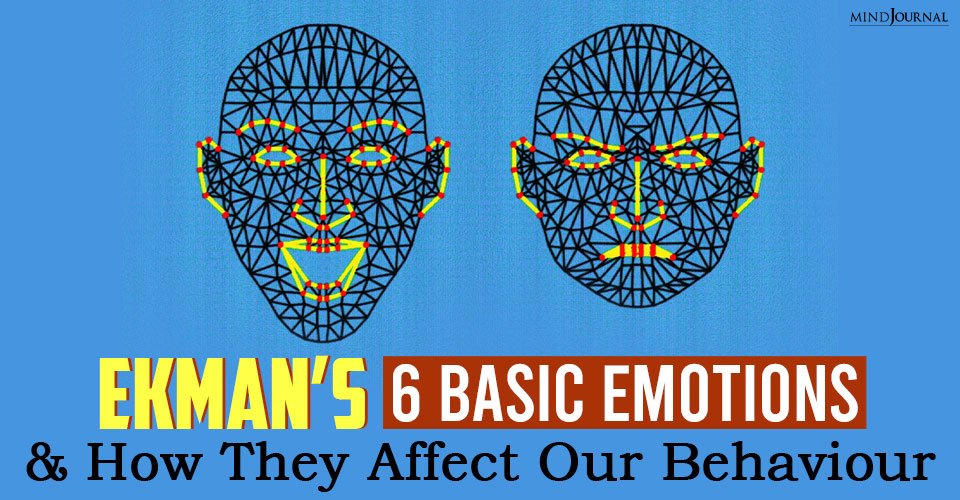 Our emotions influence how we think, behave, act, and interact with others. This is why it is crucial to understand our basic emotions as it can help us gain better control over ourselves and live a more mindful life.

What are basic emotions

Humans experience a wide range of emotions that affect our decisions, perceptions, and actions. According to a research paper published in the American Psychological Association (APA), “basic emotions are often held to be the primitive building blocks of other, nonbasic emotions.”{1} Several psychologists have attempted to identify the various forms of human emotions. And as a result, multiple theories have been proposed to explain exactly what we feel.

The idea of primary or basic emotions can be traced back to the first-century Chinese encyclopedia known as the  Book of Rites  (Li Ji), {2, 3} according to a psychiatrist and award-winning author Neel Burton, M.D{4}. The book explains seven feelings experienced by humans, such as love, joy, liking, anger, sadness, fear, and disliking. However, in the 20th century, American psychologist Paul Ekman{5} recognized six basic emotions, which is widely accepted as the most common theory.

Related: Wheel of Emotions – The Perfect Tool To Better Understand Your Emotions

The primary human emotions pointed out by Ekman are:

However, the list was later modified to consider shame, pride, excitement, and embarrassment as primary emotions. But it should be noted that recent research by Glasgow University{6} has found that there are four basic emotions instead of six. Another 2017 study{7} revealed that there are as many as 27 distinct categories of emotion along continuous gradients. This study was published in Proceedings of the National Academy of Sciences.

Although there are many other theories {8, 9} about how emotions influence the human experience, it is believed by most experts that Paul Ekman’s theory of six basic emotions{10} is one of the best.

Here we are going to take a deeper look at the basic human emotions as identified by psychologist Paul Eckman and how they influence our behavior:

All of us strive for happiness. It is defined as a pleasant mental and emotional state involving feelings of joy, satisfaction, contentment, gratification & wellbeing. Happiness is a reward for thoughts, actions, and behavior that benefits us.

Happiness is generally expressed in the following ways:

Although happiness is considered as perhaps the most important primary emotion, what we believe will make us happy is often influenced by our friends, family, peers, and even pop culture. However, what actually makes us happy is more individualized and complex. Research shows that happiness can cause several health benefits.{11}

It can help to reduce stress, improve the immune system and reduce the risks of heart diseases. In fact, being happy can also increase our life expectancy, according to studies.{12}

Happiness can not only increase our longevity but can also improve our relationships and boost marital satisfaction{13}. Unhappiness, on the other hand, is associated with a range of negative mental, emotional and physical health outcomes. Being unhappy can often lead to higher levels of loneliness, stress, anxiety, depression, and reduced life expectancy.

Despite how much we want to, we can never escape from sadness. Certain life experiences tend to make us feel sad and upset. In fact, it is one of the most damaging basic emotions as severe and prolonged sadness can lead to depression and suicidal tendencies.{14} It is primarily a short-lived emotional state marked by feelings of low mood, grief, disappointment, hopelessness, and disinterest.

Sadness is often characterized by the following: