Wheel of Emotions – The Perfect Tool To Better Understand Your Emotions 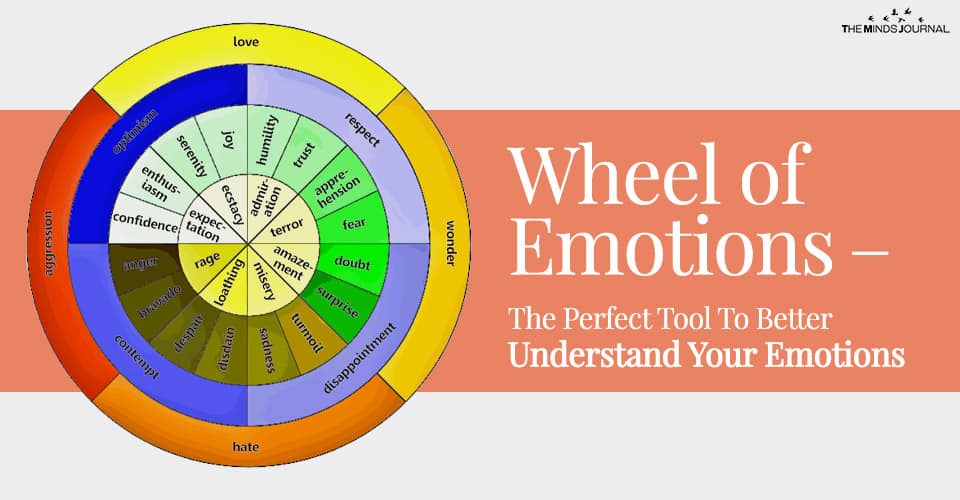 In my book Creative Visualization For Dummies, I introduce a useful visual device I call a Wheel of Emotion, which I think you will find helpful in any personal improvement program. It has a similar name to another design, the Wheel of Emotions, by Robert Plutchik so, because he thought of his wheel (or, more precisely, cone) first, let’s take a look at that first: With this diagram Plutchik demonstrates a selection of major human emotions, how they are related to each other, and how they are different too (or bipolar as he calls the emotions on opposite sides). At the center of this wheel, there are eight basic emotions (as he refers to them) such as ecstasy and grief. Then each of these is connected to two more subtle emotions that lead to what Plutchik calls the eight advanced emotions – those around the outside.

For this wheel to work well you need to cut it out and attach each of the ‘leaves’ to each other such that acceptance is alongside apprehension, for example, and annoyance next to boredom. The result is a three-dimensional cone shape. It’s a neat idea and one that’s used in many fields of psychology and is also featured in dozens of different Wikipedia pages, for example.

However, I was creating a two-dimensional representation of emotions and how they relate to each other so that I could use it to illustrate books and on slides, and had already assembled my own list of emotions and drawn them into a simple diagram before I discovered Plutchik’s wheel during a Google search – since I wanted to see if anyone else had come up with a similar idea.

Anyway, I was pleased that someone had (so I was on the right track) but particularly happy that Plutchik’s wheel wasn’t represented in the same way as the diagram I had been envisioning. Also, Plutchik’s view of what counted as ‘basic’ and ‘advanced’ emotions didn’t sit well with my way of thinking. What is interesting, though, is that we independently came up with similar diagrams to help visualize emotions. In the end, after comparing Plutchik’s design and my own rough sketches, I decided that they were sufficiently different not to abandon my own wheel and, instead I completed it, with the result as follows: