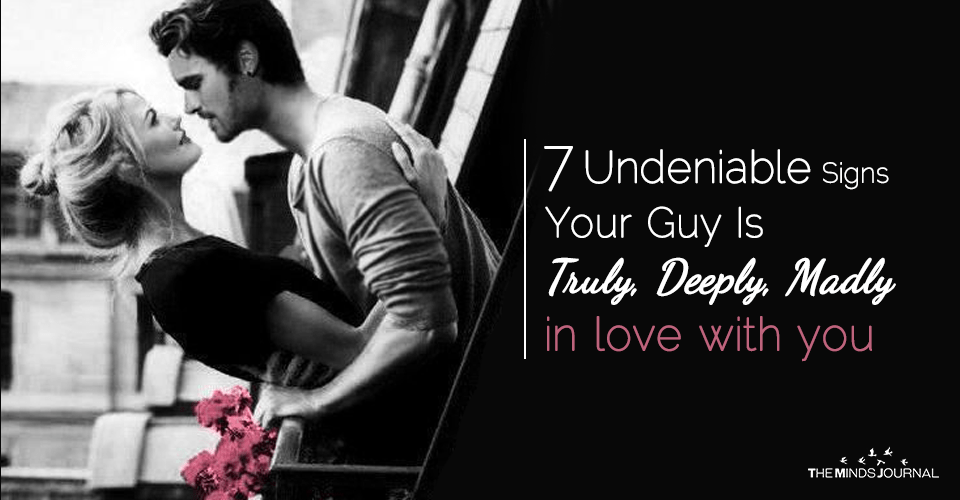 Signs that are obvious and certain that he loves you, Girl

Two of the biggest questions people tend to ask in a relationship are: does he love me? Or he doesn’t? such questions are difficult to interpret and it becomes difficult to answer such a question from a singular perspective.

A typical relationship cycle includes meeting someone, dating them and then entering into a relationship. While some stay committed forever, some tend to date many guys and during the course of your love life, you might have come across such scenarios:

–  Short term relationships where he says he loves you without actually knowing you. This is a myth. Such techniques are used by men to sway you into their beds, for the sole reason of sex.

– The one who says he loves you but their actions don’t reflect so. These guys tend to love themselves more than you due to their ignorance regarding love. Such guys force you to question his love for you and there are second thoughts regarding the relationship.

– The one where he doesn’t say those words and treats you with the respect you deserve. Such guys should immediately be thrown out of your life and you should find someone who treats you right.

– The guy who treats you affectionately without saying those three words. These types of guys believe that action is stronger than words, they find comfort in actions and there are actual chances that he actually loves you.

– The one who admits it and treats you with love. These guys cannot be doubted and these guys are actually worth your love and are worth preserving.

So how do you identify if the guy you are seeing is in love with you? If he possesses these 7 signs then he might actually love you.

1)  He treats you admirably and is appreciative.

A guy who truly loves you is compassionate about your feelings, needs, and ambitions. He will prioritize them as his personal needs and desires. He will constantly look towards your comfort and will try to ease down your life, even if it meant going out of the way to do so. He also makes continuous efforts to show the same love to your close ones.

2)  He is thoughtful towards time.

He would always want to be around you. Whenever he gets the free time he would think about spending it with you and will choose it to spend by your side. A heavy scheduled life or a long-distance relationship would act as a barrier but he will go past it by making free time for you and spending it with you. You also end up spending majority of occasions such as festivals together.

3)  He will make you his top concern.

You always run across his mind and he will try to stay in touch always. While taking important decisions he will tend to make you a part of them and would center his plans around things that you want to do. He changes him “I” to “we” while conversing.

4)  He is enthusiastic about you.

When wonderful things happen to you, the guy would absolutely be happy and enthusiastic for you. He will stand by your side in the good and the bad times and will always try to improve you as a person. He will go out of his way to surprise you and show a token of appreciation barring special occasions such as birthdays. He will constantly try to motivate you by putting the challenges to improve your performance. And your success and progress will matter to him as much as it matters to you.

5)  He would want everyone to know about you

He isn’t afraid to hold hands, putting his arm around your neck or hugging you in the company of other people. He takes pride in being with you and will introduce you to his family and friends and will take invite you to family get-togethers or hang out with friends or important business events.

6)  He is honest and sincere in the relationship.

He treats the relationship with integrity and is loyal to the relationship. He isn’t hesitant regarding his pasts and his girlfriends and all his previous experiences. He stands by his words and if he is unable to do something, he will be upfront about it. When facing problems, he will work through it rather than dodging it and running away from it. He will constantly try to be a better version of himself, even though he isn’t perfect.

The guy who is in love with you will push you to pursue and do things that you love, even if it means that he is absent in those things. He will encourage you to identify things that you love and are passionate about and wants you to be engaged and derive happiness from it. Knowing that you are content and happy would make him happy too.

A man’s “I love you” shouldn’t be recognized if his actions and conduct don’t back it up. People often tend to focus more on the word than the actions, because the guy knows “I love you” is what you want to hear. Actions speak louder than words and all his I love you will sound empty if his actions don’t reflect it. If a guy truly loves you, then he doesn’t need those three words, his actions are enough to prove his love for you.

Signs He Doesn’t Love You, You Are Just Convenient

The Different Zodiac Signs In Love And Relationships

5 Certain Signs of Being in Love (according to psychology)

7 Signs You’re With The Wrong Partner 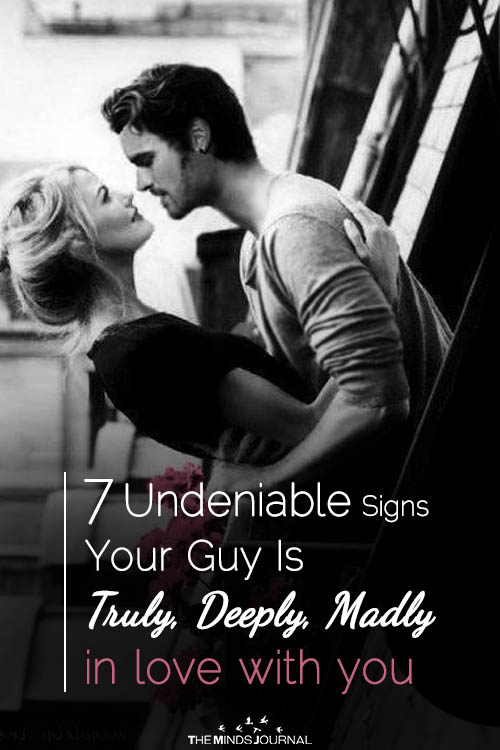