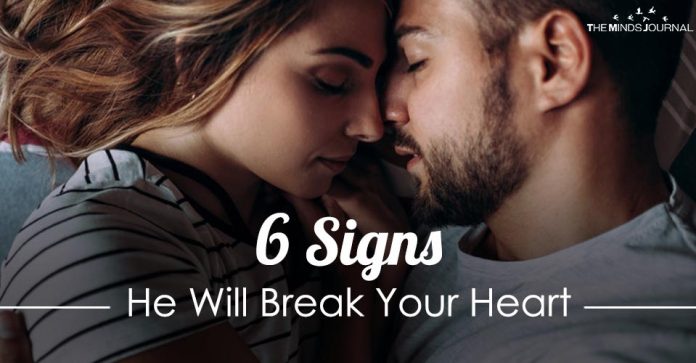 6 Signs He Will Break Your Heart

You will just know it in your gut when you cannot talk to him. It might not feel like a safe space where you can be open or vulnerable before him. When you do, he might not be as invested in your problem as you had hoped him to be. Or might just straight up not understand what it means to you — mostly because he is unwilling to spend his brain cells on someone who he knows is here today and gone tomorrow.

Alternately, when it is your relationship or something he did specifically, that you are trying to discuss, he will very convincingly tell you that you are over thinking. No one is allowed to call your speculations and worries ‘crazy’.

Let your sixth sense tingle and let the doubt creep in when he does this. You might also have a good idea about what you will find there. Well, girl, you are better than whatever it is on his phone. Be it Twitter, some ex or anything and anyone at all. You better know it and walk away as soon as possible.

Spotting any of these signs is like spotting a rash. You know you have to get it checked and possibly brave a shot. The pain is a given whether you do it later or now. The only pro about doing it now is that it won’t worsen and you won’t have as much baggage as you would if you wait.

Yes, it is hard. Yes, it is sad. He might actually be a nice person in some cases, a keeper in fact. But simply accept that he is not the one for you to keep and just let him go before he breaks your heart into pieces and leaves you.

Related Video:  6 Things That Love Isn’t and 5 Things Love Is 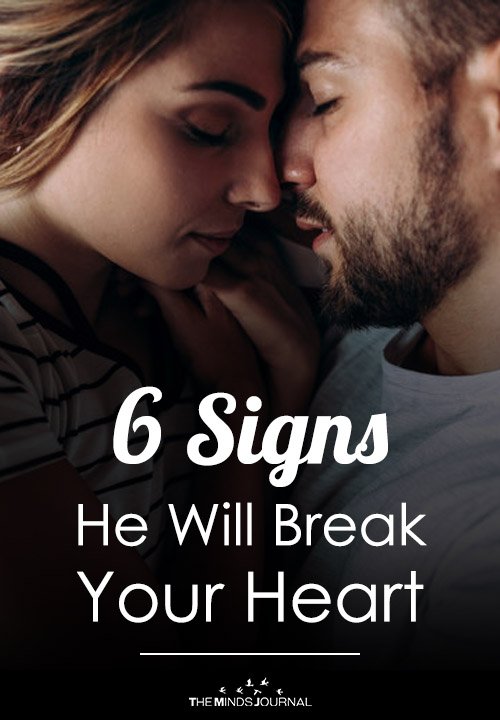