5 Telltale Signs You Are Being ‘Benched’ In Your Relationship 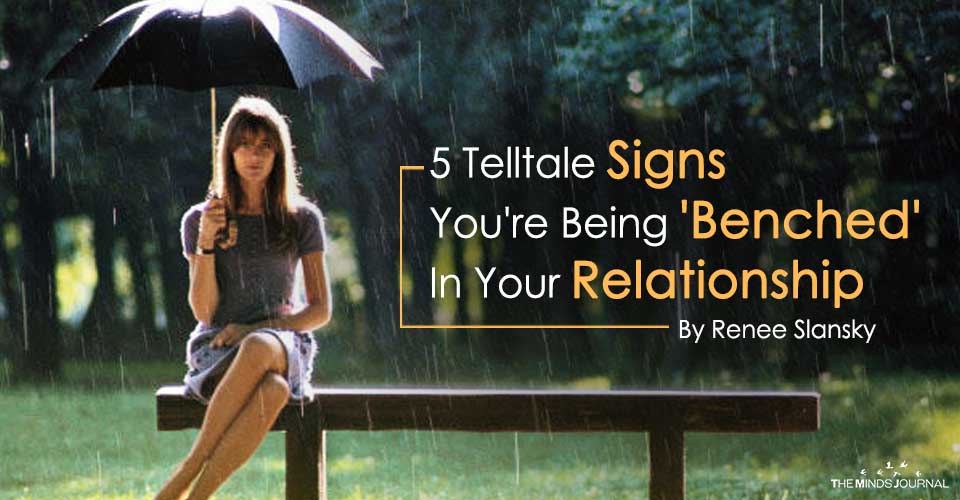 Most of us have heard of the term“ghosting” but now there is a new word hanging around : Benching .

You can probably guess what the term means when it comes to dating and relationships. But for those that aren’t down with the #cool street talk of the 21st century, let me explain.

When you get “benched” you are being placed in a state of limbo within your relationship ( if you can call it that). Whereby the person you are dating is only feeding you just enough to keep you hanging on, but offers no real commitment.

In essence you are still in the game but have been left on the bench, waiting for the moment that they decide to pick you again. You guessed it, it’s a bit like what happens in sport, and just like the sport, it’s no fun .

No one wants to be left feeling like they aren’t worthy enough to be chosen. Not sure if you are being benched? Here are some of the tell tale signs:

1) You never know if you are coming or going

This is because they always have one foot in and one foot out of the relationship. They only offer you enough to keep you in the picture but aren’t interested in completing the picture with you.

2) There is no concrete plans or future

That’s because they are afraid to commitment and plan ahead with you. They want to keep their options open, but they don’t want to lose you in the process.

They make sure that you are “fed” just enough to keep your interest, however they won’t be making future plans that tie them down.

3) Just when you are about to walk away, they do something to make you stay

It’s that constant limbo that you will find yourself in. Do they like me? Do they want me? I think he does…but then he doesn’t do A, B or C… And just when you have had enough of his ambiguity an inability to communicate properly or make plans, he will turn everything around and be the smooth charmer once again.

So you stay a little longer hoping this is a sign of good things to come, however all it is , is a repeated pattern of hearache

4) You are constantly confused

No wonder, I would be too if I was continually being lured in then dropped. A healthy relationship does not have confusion but clarity.

You will know where you stand with them and where your relationship is headed. You should be able to communicate clearly and openly with the person you are dating instead of walking on eggshells or being left in a state of anxiety.

5) There is no progress or peace in your relationship

That’s because they are not offering you anything certain or giving you the fundamentals of a healthy and happy relationship. When someone really wants to be with you they will move mountains to do so.

You will be a priority to them daily and they won’t leave you fighting for a sport in their life. If you have been benched then you will find that your relationship won’t be progressing. Sure it may have it’s moments of highs, but there will be more lows to match it.

If you think the guy you are dating is a “bencher” then it’s time to set a new standard, remember your self-worth and walk away.