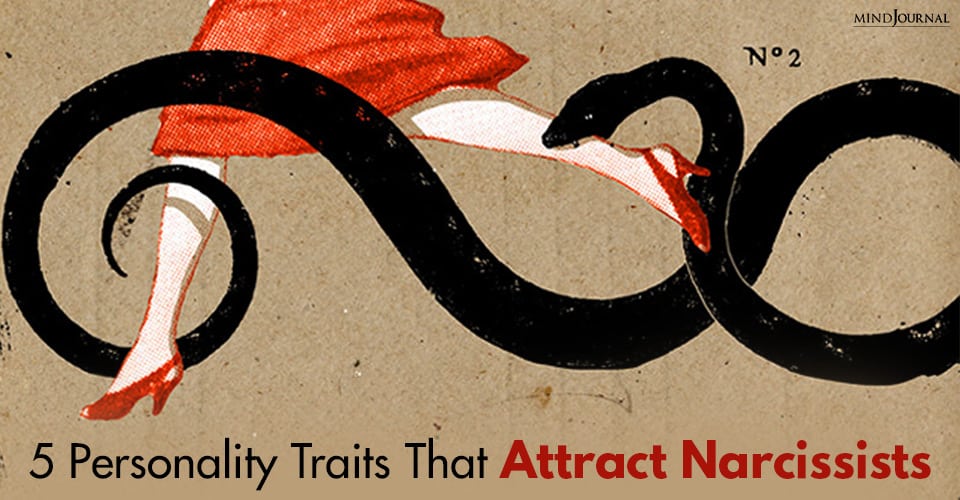 People who are innately good, kind, empathetic, and positive tend to attract narcissists the most. This is because narcissists see a lot of narcissistic supply in them, and that is what draws them.

If we do not know how to utilize our assets, they can turn into our liabilities.

Have you ever wondered why the most positive, loving, caring, and empathetic people enter into relationships with people who are arrogant, dominating, and Narcissists?

It is precisely because of the good qualities, that Narcissists get attracted to empaths and caring people.

But the downside is that they do not enter into the relationship because they admire or value these qualities but because they know they can easily take advantage of and manipulate someone having these traits.

Narcissists have a strong need for validation and admiration. Because even if outwardly they project to be very confident and full of self-love but internally they have very fragile egos and a low sense of self-worth.

To compensate for this lack of solid self-love and self-esteem, they look for people who are very loving and caring and who can supply them with as much love and admiration as they need.

Narcissists themselves lack empathy because most of the time they are only thinking about how to get their needs met and don’t have the mental or emotional space to think beyond themselves. Therefore they look for people who are extremely caring and giving because they don’t mind putting their needs on the back burner for someone else’s happiness.

Related: The 4 Traits of A Narcissist Magnet. Are You One?

Narcissists are also interested in a lot of superficial things like looks, status, money, power, or intellectual prowess. They have a sense of grandiosity and entitlement and want to associate with anyone or anything that will help them to enhance their self-image.

Narcissists consciously or unconsciously look for people who can provide them with their “Narcissistic fix”.

And, therefore there are certain traits which are highly desirable to the Narcissists.

Here Is A List Of 5 Personality Traits That Attract Narcissists

1) People who are caregivers.

A relationship is usually 50/50 and a give and take. But Narcissists inherently know that they are takers and therefore they look for people who are natural caregivers.

People who are caring and sensitive have a certain self-sacrificing quality. They like to take care of others and often end up putting their own needs on the back burner for the sake of others. Meeting someone like that is a jackpot for Narcissists as these people are their perfect Narcissistic Fix.

2) People who have empathy.

People who have empathy are generally more understanding and forgiving than other people.

Narcissists try to capitalize on this sympathetic behavior by telling them their sob stories about how they had a horrible childhood or past. They do not even mind exaggerating or manipulating these stories to invoke sympathy whenever an Empath tries to confront them for their selfish behavior. They count on such stories and emotional manipulation to get their arrogant behavior excused time and again.

3) People who are successful and well admired in society.

Narcissists look for people who are successful and who have a lot going for them in their lives. They only mingle with people who will make them look good in the social circle.

There are two kinds of narcissists: Somatic and Cerebral