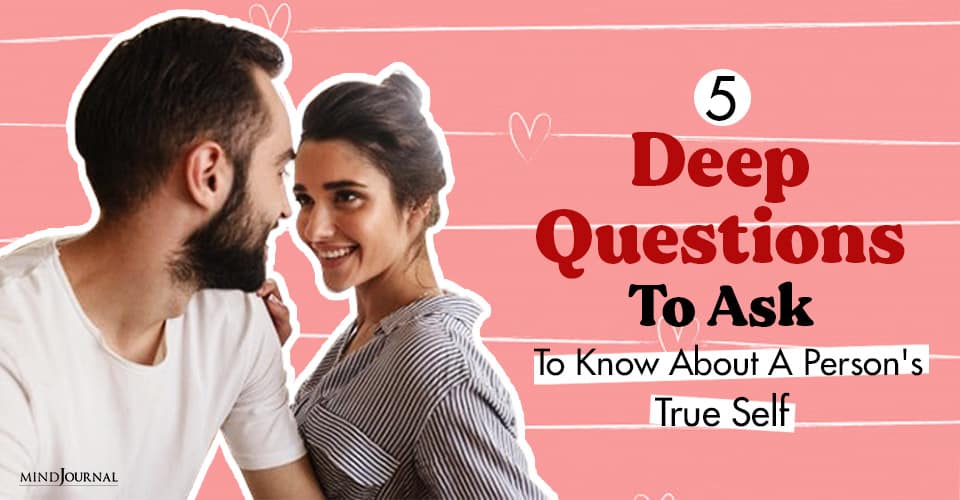 In this world of endless senseless chatter, it has really become hard to know someone, to communicate on a real level. While most of us are stuck in small talks about the weather and traffic, many of us struggle to ask deep questions to know a person’s true self.

What drives them, what keeps them going every day. What they truly believe in .. and what has changed their life.

A scientific study from the Journal of Psychological Science talks about the benefits of having a profound discussion as opposed to small talk.

The study got volunteers to attach a recorder to the collar of their shirts which would record 30-second pieces of their conversations for a total of 12.5 minutes a day for four days.

The results showed that the most cheerful volunteer after four days was the person who had double the number of meaningful conversations as the others.

This person had also spent much less than half the time indulging in small talk as the most discontented person.

Matthias Mehl who headed the study talked about how as social animals, men and women instinctively feel the urge to bond with others.

In this regard, having a deep discussion with someone helps you bond better than meaningless chatter.

But now a new question arises. What do you have to do to move straight to the profound conversations without going through the small-talk first? What are the deep questions to ask to know about a person’s true self?

But before knowing that, there are a few things you have to understand. Once you’ve understood these 3 essential values, you can move on to the 5 deep questions to ask a person.

The 3 essential values to understand

We all become awkward when there is a lull in the conversation. It doesn’t matter how interesting it is, we’ll scramble for words if we feel like there’s a silence coming.

We instantly become anxious and look for ways to bridge the gaps in the conversation. But rather than taking it as a negative sign, just let the silence be till it is broken naturally. Once you get comfortable with the silence, you’ll find that the quality of your conversation automatically improves.

You’ll be able to use those moments to introspect on the topic of conversation and contribute more ideas.

Read Which Eastern Religion Matches Closest To Your Values? Quiz

We all have a tendency to make spot-on assumptions when people talk to us. Everything we’ve experienced up to that point and the stereotypes society enforces on you makes you come up with some preconceived notions when you want to figure something out. This is fairly common but it’s also not right.

This prevents you from coming to an unbiased conclusion. When you’re trying to understand what someone is saying, don’t try to twist their words so that they mean something you understand. Rather, ask them more questions.

Don’t hesitate to ask for a clearer explanation.

Read How The Fear of Judgement Controls You

As mentioned earlier, we try to avoid silence at all costs. One way we try is by planning ahead what we’ll say when the other person finishes speaking. But this comes with consequences.

We don’t really pay attention to what they’re talking about. This causes breaks in the conversation and you lose the flow of ideas.

So, when you next realize you’re already coming up with a response, stop and listen closely to what is being said. Then you can keep going down the same track or you can allow it to take on more ideas which might be more entertaining.

Now for the questions you can pose to others that will take you straight to a meaningful conversation.

1) Ask them to tell you their story?

This is the best way to start a conversation that will take on a more meaningful tone.