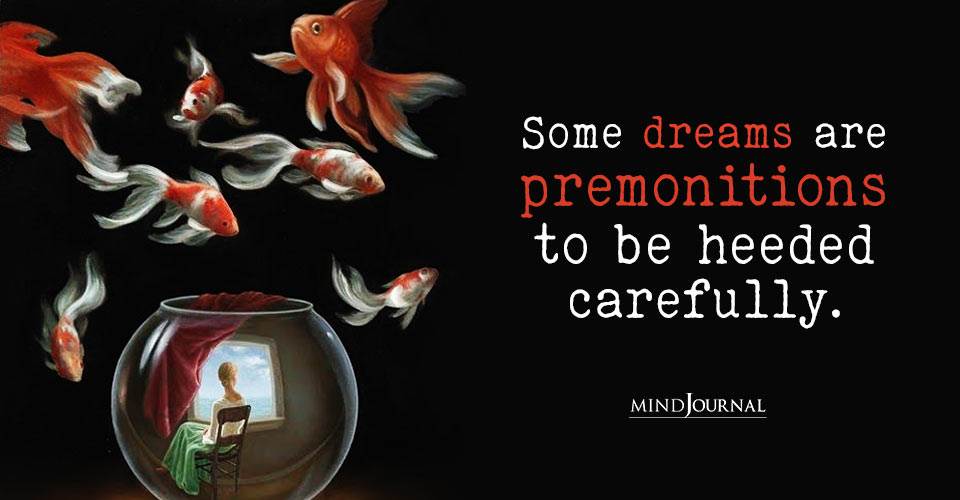 Dreams are intriguing and appear mysterious because we don’t fully understand them. Here are some interesting facts about dreams that you probably didn’t know.

Dreams are said to be the poems we’ve subconsciously written to describe the painful and puzzling emotions that swirl behind your immediate awareness. Not every time do we realize the importance of our dreams.

We either think too much about the dreams we had or disregard them. We do not realize that dreams are the language of the unconscious part of our minds and they are capable of conveying more than what meets the eye!

“Dreams are not meant to put us to sleep, but to awaken us.”

20 Interesting Facts About Dreams That You Should Know

1. Can you read or tell the time in your dreams?

If you’re someone who remembers your dream, try recalling if you could read or write in that dream. You cannot! Well, this happens as our language-accessing intellectual portion of the brain shuts down while we sleep. In other words, when you dream, you can’t access the area of your brain that is utilized for reading.

2. Manipulating dreams: are you lucid dreaming?

Lucid dreaming allows you to explore your dream, allowing you to experience the dream as you would in true reality. In this world, you’re in complete control.

3. Ideas and breakthroughs can be inspired by dreams

It’s being said that inspiration can trigger in the most unexpected places. There are many world-changing ideas that came from dreams. Some examples include-

Related: 7 of the Most Common Dreams and Their Meanings

It was the Egyptians who believed that some dreams were premonitions to be heeded carefully. While most of us dream of things that actually occurred in our lives but many have also seen glimpses of what was to come. Those dreams are visions that manifest our subconscious thoughts of the future.  It’s the precognitive dream. Some famous premonitions include:

Related: Law of Attraction 101: The Secret To Manifesting Your Dreams That You Didn’t know

5. Is sleep paralysis a serious thing?

Have you ever been chased in a dream? Did you wake up terrified? Did you find yourself unable to move? This is called sleep paralysis.

When you have a dream in which you are about to protect yourself, you are not doing that in reality. You are immobilized in your sleep. This generally happens when there is a malfunction of transition between REM (Rapid Eye Movement) sleep and waking up.

Related: Can a Dream Dictionary Purchase Actually Help You Decipher Your Dreams?

This is a sleep disorder in which you act out your dreams while you sleep, sometimes violently causing severe self-injuries or injuries to your bed partners. It is mainly characterized by the loss of normal voluntary muscle atonia during REM sleep which forms the dream enactment behavior.

There are other representations as well that you may have some untouched emotions or some hidden desires unfulfilled.

Related 7 of the Most Common Dreams and Their Meanings

8. Why do people sleepwalk?

Despite the popularity of stories concerning people sleepwalking, it is actually a rare sleep disorder. But this is actually dangerous as the person tends to do things which they dream about in life. But why is it dangerous? For example, If a dream involves you jumping through a window, for example, then the dreamer will do something similar.

Sleepwalking is most likely to occur before the stage of REM, where the system fails to keep you awake from the dream. But the saying that you shouldn’t wake a sleepwalker is a myth, as it is not dangerous.

Related: The Origin Of Dreams And How They Affect Our Lives

9. There is a “dream drug” to help with lucid dreaming

Want to experience a lucid dream? There is a drug for that. Dimethyltryptamine is an illicit, highly strong psychedelic that some individuals use when they don’t want to escape their “dreaming phases.”

These medications greatly improve the likelihood of having extended lucid dreams and dream recall by preventing the breakdown of acetylcholine (ACh), which is essential for memory, learning, and REM sleep.

10. Do dream-catchers protect from nightmares?

In some American Indian Cultures, Dream Catchers symbolize to influence dreams. Dream Catchers serve to symbolically catch dreams and retain them.  They’re also said to promote a deep sleep that brings revelatory dreams and prevents nightmares. It is said to eliminate bad energies that keep you relaxed while sleeping.

Although many people equate dreaming and sleeping with calm, the brain is actually highly active while you are asleep and working on critical tasks, not just relaxing. The brain is performing a variety of vital functions that are directly related to life quality like working to energize us with more power for the next day.

Dreams are revelatory, straightforward expressions of our creative impulse. Dreaming is perfect for nurturing creativity because your ideas can flow without any disturbance. Creating lucid dreams that inspire your creative spirit.

All animals dream because their brain activity is practically the same as human beings while they sleep. You’ve probably noticed your pet moving its arms, legs in its sleep or making noises.  This indicates that your pet is dreaming.

Related: Interpreting Your Dreams: What Messages Dreams Give You About Your Life

14. 90% of dream memory is forgotten within 10 minutes of waking up

Some people remember every dream they have ever had, while others can’t remember a single one, or will only remember the occasional dream. Many times, 90% of dream events are gone from the mind within 10 minutes of waking up. However, if you wake up during the REM stage of sleep, you are more likely to remember your dream.

15. Blind people can dream too

People who are blind dream as well. People who lost their sight later in life will see visual images, but dreams do not always have to be visual. But born blind people who don’t have visual dreams experience them through other senses.

16. We only see faces we are familiar with

If you dream of a face, it will be someone you have met or know. Maybe you have seen them somewhere, even if only on television, or a movie, or in a photograph.

17. Negative dreams are more common than positive ones

On the whole, dreams are negative in orientation. Most of us have selective memory for intense negative emotions like anger, fear, and sadness. It is a subconscious response to the deepest psychological biases of our brain.

18. You can have multiple dreams per night

Our dream phases are anywhere from 90 minutes to two hours of our sleep. We can have more than 7 dreams in one night. On average, a person dreams two to three times a night, this varies based on the REM cycle a person has.

Brain activity is the same in both men and women but the content of the dreams can be different. Research has determined that men tend to feature more men in their dreams, while women dream about both men and women, equally.

20. Not everyone dreams in color

Dreaming is a human reality common to us wherever we are and whoever we are. Many events in your dreams are connected to specific areas of your life or your personality.

Even though the interpretation of one’s dreams might appear to be a cumbersome process, you would realize that you have a better understanding of your psyche and thought process in the due course.