Why Women Are Attracted To Men With Beard, Research Reveals 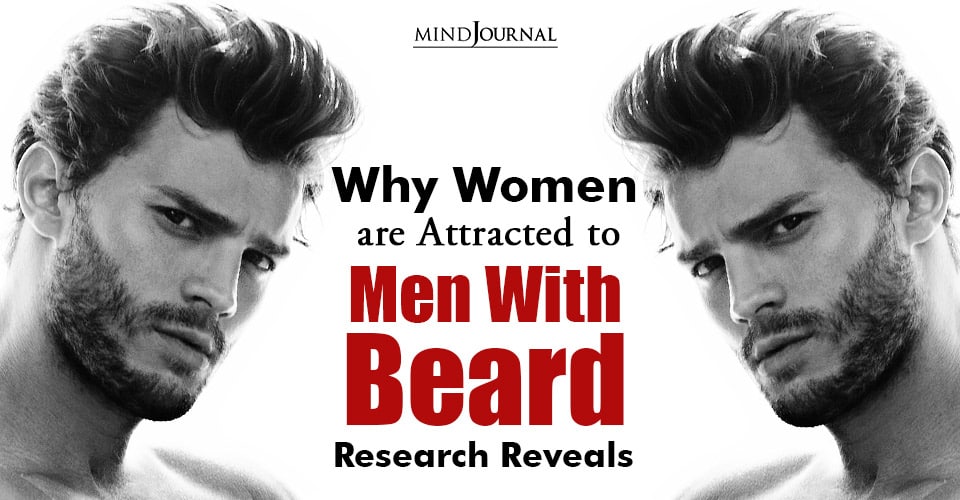 Are you planning to shave off your thick, healthy, and shiny beard? Stop! Just hold on and think again. Having a cool beard is really COOL Your beard can actually spice up your dating life. Because Psychologists say women are attracted towards men with beard.

According to a study conducted at the University of Queensland, women find men with a beard more attractive. 919 American women between the ages of 18 and 70, were asked to rate the photographs of the men with different lengths of facial hair. Some men had no facial hair, while some had a full beard and there were some images of men that were photoshopped to exude their masculinity or femininity.

The objective of the research was to know how women perceived men with beard for a short and long-term relationship.

Bearded men with more masculine appearance were perceived as more attractive physically and socially. Women preferred this type of men for a long-term relationship.

On the other hand, women found men with light stubble as most appealing for a one-night stand, closely followed by men with heavier stubble.

So, gents gear up! Why not grow a beard and take advantage of God’s gift? There’s no harm in experimenting with looks. Right?  If it doesn’t work out, no worry, shaving won’t consume months.

Related: How Can a Beard Improve Your Relationships?

Why women are attracted to men with beard?

The researchers analysed why women found beared men attractive physically and socially and opined that there is a positive association between facial masculinity and physical strength, fighting ability, and social assertiveness.

Women view men with facial hair to be masculine, confident, sincere and industrious. It means men without facial hair may have a hard time impressing a prospective suitor.

Masculine faces signal that a man is physically strong, aggressive and socially mature. Growing beard adds to the masculine traits and women pays less attention to the less attractive facial features. Such perceptions of masculinity in turn influence the perception of age and women’s mating choices. Because a woman may not be preferred to enter into a  long-term relationship with a man who doesn’t seem to be masculine or physically strong.

That said, a great body of literature also reveals that a bearded man feels more masculine than a clean-shaven man. Such men also have more serum testosterone, which is associated with high social dominance. Also, they hold more stereotypical views of masculinity within heterosexual relationships.

Related: The Pros and Cons of Marrying Him, According To His Zodiac Sign

According to the study published in the Journal of Evolution & Human Behavior, women view men with beard to be a better father, be more family-oriented and capable enough to protect and invest in their potential children. So, it’s straightforward – beard not only makes you appear more manly but responsible too.

According to the above research, not all women liked bearded men. Some perceive hairy faces as unhygienic, poor skin health and bad grooming. Longbeard scares some women for they fear the presence of parasites and dirt in it.

On the other hand, more women with fear of death or deadly agents tend to like bearded men because they perceive beard as a sign of good health.

As per the researchers, higher a woman’s self-reported moral disgust, higher the preference for bearded man. Because these women support keeping traditions according to respective cultures in society. Political conservatism shapes the views of masculinity in heterosexual relationships.

Related: 11 Desirable Traits in a Bad Boy that Women Love

Other than morality, reproductive ambition is another factor that influences the preference for bearded men. Both single and married women who wanted children perceived bearded men more attractive than women who did not want children.

The study, which found that women view bearded men to be more masculine and better parent also showed that this perception increased during women’s menstrual cycle. The results prove that liking beard is also influenced by biological urges in women.

The brutal truth about attraction is BEARD MATTERS!

Science reveals that men having short stiff facial hair signals sexiness, while full beard motivates women to have a long-term relationship with them. And facial hairs with masculine traits makes a man appear more strong, socially dominant and responsible. There is existing literature linking facial hair to strength and social status in the animal kingdom

Sure, there is a range of personality factors determining healthy relationships. But, keeping in mind how women respond to bearded men, you may rethink your choice to maintain facial hairs.

However, if you are planning to become a bearded man, make sure to focus on cleanliness as well. If your beard looks like hay, all your efforts will go for a toss. There are many reports on women who perceive beard as dirty.

Grow with care, wear with pride!

What do you think? You shoul grow or not grow beard? Share your thoughts in comments below.