Why Self-Acceptance Leads To Self-Possession 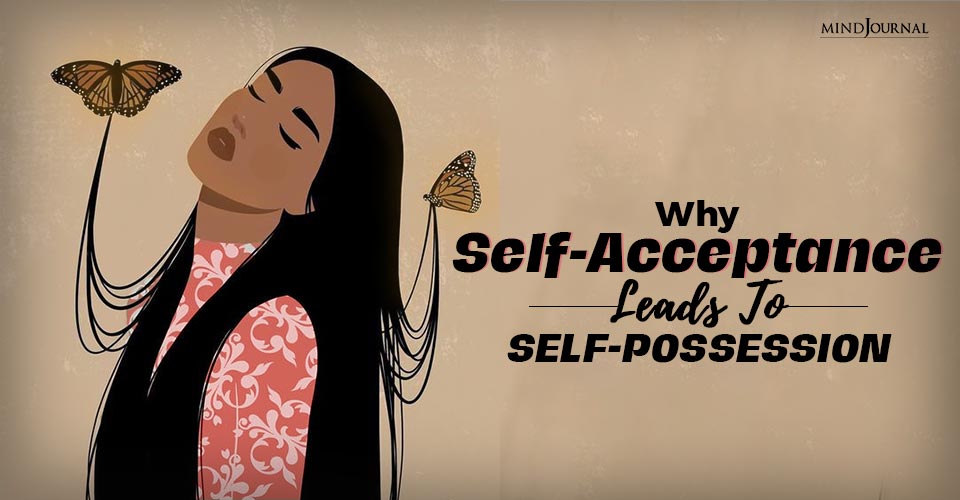 Do you feel you are not in control of your life? Do you want to make meaningful changes to your life? It’s time to practice self-acceptance.

In the first episode of the Hulu sitcom “Shrill,” there’s a scene in which the heroine, passive, deferential Annie, sees a beautiful plus-sized woman in a flower shop, walking around like she owns the place. Socialized to believe that her size is a problem and she should try to be invisible, Annie is enthralled. She follows the mystery woman out the door, mesmerized, her eyes asking, “How does she do it?”

The woman sashays through an intersection, not questioning her right of way, judgment, or place in the world. In contrast, when Annie tries to follow, she ends up in an absurd dance with the on-coming traffic, not sure if she should stay or go, giving the drivers unclear signals, and thus being stuck on the side of the street as a result.

The narrative arc of Shrill revolves around Annie’s growing confidence in who she is despite having a body society rejects as “too big.” She decides that she has problems, but for her, being fat isn’t one of them. The show celebrates big bodies, big love, big ambition, and big humor. It’s a show about a woman rejecting the narrative others try to impose on her and taking ownership of her story.

Many people I speak to resist this step because acceptance, to them, indicates approval or resignation. “If I accept that my grandfather abused me as a child, I am minimizing how traumatic the abuse was,” or “If I accept that my 15-year-old daughter smokes pot every day, I’m saying it’s OK.” The opposite is true.

Only by accepting what is can we take our power back from the abusive grandfather or rebellious child and take actions to make things different. Then we can say, “I can never change who my grandfather was or what he did, but I can heal from what happened.” Or, “I have a lot of fear and anxiety about my daughter’s choices. I can tolerate my own discomfort in order to get her the support she needs.”

Also read What Is Contentment and Why Is It Essential For Happiness? 5 Benefits

Not accepting facts puts the steering wheel of your life into the hands of the most challenging person in your orbit. As author Byron Katie says, “When you argue with reality, you lose, but only 100% of the time.” Nothing is a bigger waste of time than hoping someone will change without you having to do anything about it. Better to experience other people’s behavior the same way you would accept the weather and then decide how to proceed.

Can you ignore a drizzle as long as it doesn’t start raining harder? What if the wind picks up and your umbrella blows inside out? How massive does the hurricane have to be before you’d consider moving to a different climate? Each of these weather events suggests a different response. The right response is never to howl that you wish the weather was different. Nor is it to insist on wearing a bathing suit during a snowstorm in August because that’s what I had planned. Consider my client Jamie.