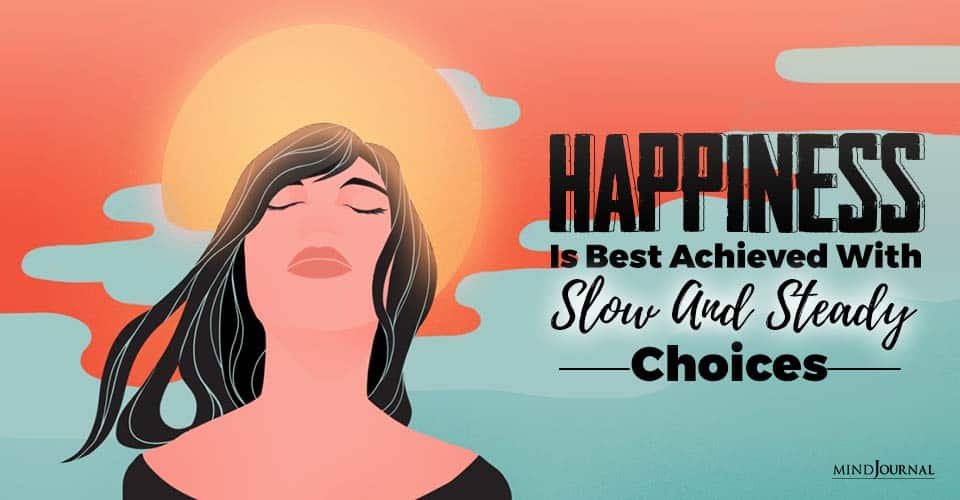 What do you need to do every day to be happy? Hard work is just not enough!
Happiness takes work, effort, and a positive mindset.

I live in Southern California. A lot of folks who live in this part of the state jet over to Vegas for the weekend because it’s so close. They head there to enjoy shows, world-class restaurants, and fancy resorts. But there’s another thing that draws people to the Neon capital of the world, and that’s gambling.

Years ago, I heard a story about a man who was seemingly living the American dream — had a good corporate job, a wife who he loved, and a good amount of money in his savings. From the outside, it looked like he had everything, but on the inside, he was completely exhausted and worn out from working all of the time. He decided he had had enough and quit his job, sold his home, and bought an RV to travel the country in.

The first destination of the trip was Las Vegas. When they got there, the husband was tired from driving and decided to go to bed. His wife, on the other hand, was too excited to sleep and instead spent the evening gambling while her husband dozed in their newly purchased RV. When the husband woke up in the morning, his wife wasn’t next to him. He went into the casino to look for her and he found her crying uncontrollably. After he calmed her down, he learned that she spent the evening gambling away their retirement. The only thing they had left was their motorhome.

The Importance Of Making Slow And Steady Choices

You may know someone who shares a similar story. They spend many years working, only to lose their savings in a matter of days, or even hours. This happens to many of us because it’s easy to make choices that have negative consequences. For example, we may find ourselves at a party and we have a few drinks. We decide to drive home anyway, but on our way, we get a DUI, or worse, we crash the car and injure someone. Life can change in a heartbeat. Especially when we make fast and rapid choices.

One of the things I’ve learned over the years is that happiness is best achieved when we make slow and steady choices, instead of fast and impulsive ones. You may have heard this phrase before: “The slow and steady win the race of life.” This particular phrase is from the story of the tortoise and the hare, where the tortoise, who moves much slower, beats the hare.

Related: Why Are We So Fearful Of Finding Our Purpose

I’m arguing that the tortoises of the world win the happiness race.

The Influence Of Alcohol On Decision-Making

Let’s start with an example to better illustrate this theory. A group of guys plans a trip to Vegas for a weekend. They drink heavily and make choices based on their intoxication. When we’re intoxicated, it’s more difficult to pause and think about our choices before we make them. We forget momentarily that our decisions have consequences, and sometimes these choices, like gambling when we’re down, have real-life consequences.

Growing up, I had a distant relative who was drinking one night and decided to drive. He was driving his cousin home and ended up driving into a ditch on their way home and killed her. As a result, he went to prison. A decision made in the moment, such as drinking and driving, can have lifelong consequences.

Dr. Robert Puff is an internationally recognized clinical psychologist who brings a holistic approach to marriage and couples counseling, individual therapy, and family, teenager & child counseling. For over 30 years, he has been successfully helping clients find greater peace and success in their lives and relationships by using a therapy that addresses the spiritual, emotional, nutritional, and physical aspects of the individual. Dr. Puff has a private practice in Newport Beach, just south of Hoag on PCH, where he is able to help couples, individuals, families, and organizations in all parts of Orange County and Southern California.View Author posts