What Happens When You Stay Single For Too Long 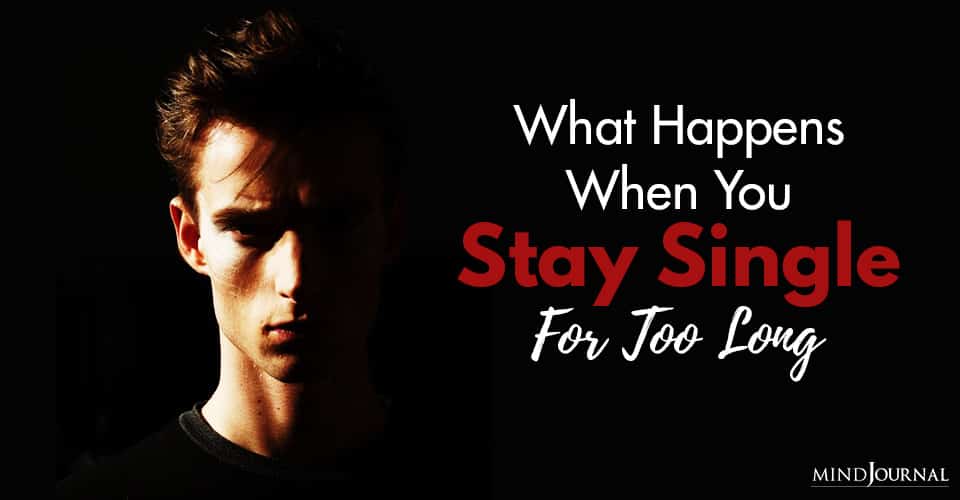 Comedian Bill Burr has a famous line in one of his stand-ups; “There’s a critical point when you’ve stayed single for too long, that your brain switches from ‘No, don’t say that’ to ‘Eh, fuck it. Say it, see what happens.’

So why not push the boundaries in your relationship and see what you can get away with? If it doesn’t work out, you’ll survive, you may even flourish all over again.

So this brings about the obvious questions…

Are you more likely to sabotage a relationship because you simply just don’t care?

You see this is the very problem you run into when you’ve been single for too long. You tend to kind of not care about anyone else as much as you should. Even if you meet a woman who you really like, even love, you may run the risk of jeopardizing your relationship when you carry over the habits you’ve been doing for the past however many years as a single guy.

The hard truth is that you need to change certain things about your behavior when you’re in a committed relationship with someone. In theory, it shouldn’t be difficult to change for this person because you love them, or at least like them, and want to do everything you can to make it work. But it’s often easier said than done. It’s at least something you need to be cognitive of so you don’t push away this person you care about with your “I don’t give a fuck about anything” attitude.

Does the longer you stay single mean your chances of finding the right relationship will continue to decrease?

Their need to find the absolute perfect person has been the primary contributing factor to their permanent single status, leading them to go on multiple years without an exclusive relationship. So sure you’ve been single a long time, but you have to trust that you’ve stayed single because you know what you want in a romantic partner and aren’t willing to settle for anything less than you think you deserve, just as long as you aren’t picky to the point that you expect everyone you meet to be perfect.

Once you stop using that relationship muscle, do you lose it altogether?

While it’s definitely going to be a hell of a transition going from being VERY single to all of a sudden being in a relationship, but you have to trust that it will be easy when you find someone you care about enough. Also, the fact you’ve been single for so long and have such a strong sense of self might make you a better partner in a relationship.

Jamie Rea is a Canadian Dating, Relationship, and Life Coach, Award-Winning Screenwriter & Filmmaker, and Comedy Writer & Creator. He has written about relationships for various digital publications across Canada, the U.S., and the U.K., including Made Man, Mode Media, the talk, and Elite Daily. On top of his regular writing duties, Jamie coaches both men and women in professional coaching capacities, helping them to unlock their potential and find the great love they desire. He also Co-Founded the Legendary Love Academy with his partner, an online school for all the relationship education you need but didn't receive, and serves as Co-Host with his partner of their Podcast, The Power Couple Podcast. In addition, Jamie is also a Performer, Screenwriter, Filmmaker, and Comedian, and is regularly generating his own film and video content for the online space and the film industry. You can follow him and his work here: Coaching ServicesView Author posts