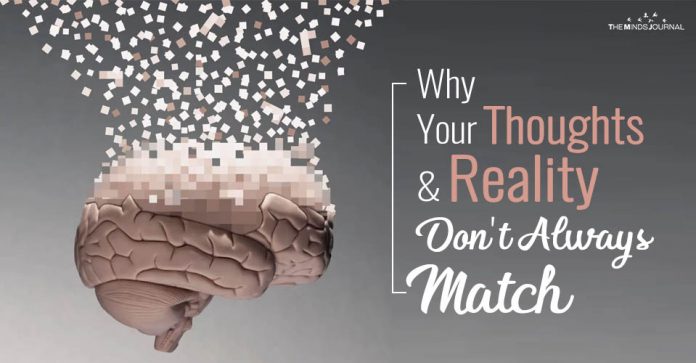 How Our Thoughts and Reality Don’t Always Match : What You Should Know

Carol came to see me with a serious agenda. She and her husband had a disagreement the evening before our session, and Carol wanted to explain to me why her husband had said what upset her, and, specifically, what in his personal psychology and history had made him decide to hurt her. She also wanted to lay out her theories on what was wrong with her husband in a more general sense, and how she was going to explain it to him so that he would understand and be different. Knowing what she knew about him, she was sure that once she laid out her case and helped him understand what was wrong with him, he would become different—and as a result, she would be okay once again.

My client had come up with an intricate, psychologically sophisticated, and comprehensive narrative about her husband’s intentions, resentments, methodology, and shortcomings, and tying in his familial history, present psychology, and relational style. Carol’s presentation was a multi-layered, multi-dimensional, and multi-generational storyline. Most developed in her narrative, interestingly, was her theory about her husband’s strategy and intention to hurt her.

Carol was suffering, and I listened empathically as she constructed her clear case for why the experience with her husband had happened. And, simultaneously, what she needed to do about it or explain to her husband so that he would understand why he was wrong, and would never do this kind of thing again. I felt her pain and frustration; I also felt how her words and ideas were trying to keep her from feeling her pain, give her some protection from her heart’s hurt, make her pain manageable. And I felt how desperately those words were failing her.

Everything Carol said made perfect sense. In court, she would have won her case. At the same time, I have been listening to her theories on her husband for many years, and also keeping her company in her suffering, as none of her well-crafted theories and/or action plans have changed how he behaves or how she feels about it. I’ve watched as none of her theories and action plans have brought her happiness or peace.

On this day, I felt we were ready, and so I asked Carol to consider a few new questions in relation to her story and her experience. “What if none of the thoughts and intentions you’ve assigned to your husband are actually true—for him?” I asked. And, “What if your thoughts only exist in your own mind, but don’t really exist anywhere else?” And furthermore, “What if your narrative, no matter how true and real for you, is of no value whatsoever in making you feel better?”

It was a risk to pull Carol out of her story. At the same time, she had been telling me her theories on her husband for a long time, and I trusted that she knew my re-direct was coming from a desire to help, and also that we’d given enough space and attention to the storyline of the moment, enough so that she would be willing to pull the lens back and examine the story-making itself. I have learned from experience that asking someone to move out of their story before it’s received its due process is not useful or kind, but Carol and I were in a place to take a new turn in our journey.

At this moment, as sometimes happens, grace graced us and Carol had an awakening moment. Her paradigm shifted, and it suddenly dawned on her that what she had considered being the truth, not just for her, but for her partner too, might not be the truth. She saw that her narrative could make utter sense to her, could be un-challengeable, and yet could have absolutely nothing to do with what her husband was experiencing. 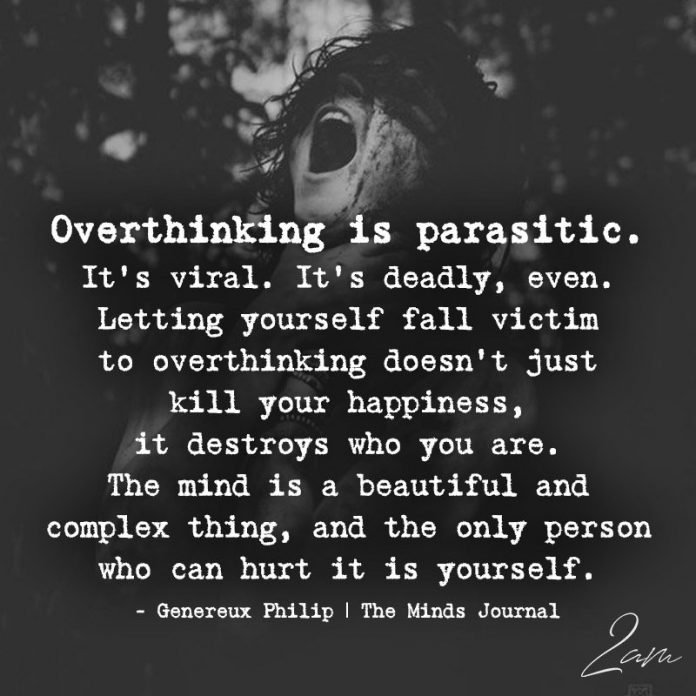 Her mind opened to the possibility that her idea (and certainty) as to why her husband was intentionally hurting her might be false, for him or just an idea in her head. In an instant, Carol literally unstuck from her most tightly held thoughts, she surrendered to the freedom of not knowing what’s true for anyone else. Carol realized that just because she had thought didn’t mean she had to believe it, even if it made perfect sense in her own head.

Nancy Colier LCSW, Rev.http://nancycolier.com
Nancy Colier is a psychotherapist, interfaith minister, author, public speaker, mindfulness teacher and relationship coach. A longtime student of Eastern spirituality, mindfulness practices form the ground of her work. She is the author of The Power of Off: The Mindful Way to Stay Sane in a Virtual World (Sounds True Publishing, Nov, 2016), Inviting a Monkey to Tea: Befriending Your Mind and Discovering Lasting Contentment (Hohm Press, 2012) and Getting Out of Your Own Way: Unlocking Your True Performance Potential (Luminous Press, 2001). Nancy is a national speaker on wellbeing and mindfulness, and technology-related topics including parenting, addiction, and work-life balance. She is also a regular blogger for Psychology Today and Huffington Post. Nancy is identified as a thought leader in the media and appears regularly on national television and radio. In addition, Nancy spent 25 years as a top-ranked equestrian on the national horse show circuit and serves as a performance consultant to competitive athletes, professional artists, and corporate executives. She is available for individual psychotherapy, public speaking, mindfulness training, and spiritual counseling
-Adverts-

We've collected 60+ Carl Jung Quotes for you to read when you are in need of guidance and affirmation at times when you feel lost on the journey of finding yourself.
Read more
Self Awareness

6 Ways You Can Better Your Life With Self-Curiosity

Have you ever practiced self-curiosity? Do you know how you can bring many positive changes in your life just by practicing this simple habit?
Read more
wpDiscuz
0
0
Would love your thoughts, please comment.x
()
x
| Reply