This Is Why The Strongest Girls Feel Things The Deepest

So she chooses not to play you or let you play her.

By not playing this game she’s the one that always wins in the end.

She’ll build you up just because she wants to. She’ll give without expecting anything in return. You’ll wonder her motives. You’ll question her. Then you’ll realize everything about her is genuine.

Yeah, she might come on too strong but it’s better than being cold and guarded.

Yeah, she might make every move you’re not supposed to but that’s because she lives by her own agenda.

She’ll be blunt and so honest you think she’s trying to deceive you.

Be careful of girls like these. The ones that make every type of emotion look so easy.

The ones who don’t fear people at their worst.

Fear the day you trust a girl who feels too deeply.

But fear, even more, the day you realize you love her.

And you will fall for her.

And you’ll realize this girl who was a little different came into your life and changed it ever so slightly, simply by showing you it’s okay to feel things deeply.

Even the bad stuff.

And she’ll see your worst. She’ll see you break down in moments you consider yourself weak and she’ll love you anyway.

And there will come a time where she trusts you enough to share everything in her past. And when she does, you’ll realize it’s not just love, she feels deeply but pain.

Tears will shed that she doesn’t hold back and you’ll see her in her most raw and honest state, telling you everything that’s happened to her.

And you won’t see her as ugly or vulnerable or too emotional or feeling things too deeply.

She’ll open up to you and you’ll understand everything about her. You’ll respect her a little more than you did before. And you’ll know in that moment, you’ve never seen someone so beautiful.

Because the girls who feel things deeply and aren’t afraid to show it, know the power of every emotion.

They aren’t afraid of any feeling they have, in fact, they embrace even the bad things.

They know vulnerability is not a sign of weakness but rather an essential moment that shows you exactly how much you trust someone.

These are the girls that change the type of game guys play by not playing one at all.

These are the girls who break through cold guarded hearts and through simple touch and teach people to love again.

These are the girls who look fear in the eyes and smile with a coy look.

These are the girls who run through fire not fearing if they get burnt.

These are the girls that turn boys into men and assholes not want to be anymore.

These are the girls who know not everyone is what they appear to be.

The strongest girls will always be the ones who feel things the deepest because they aren’t afraid to. For their greater fear is changing.

So to the girls whose fire burns a little too bright. The ones who are told they need to dim their light. Don’t.

You are the ones that change people through everything you are and when you walk away, don’t look back. Just know everyone you’ve crossed path with, you’ve left a burning trail never to be forgotten. 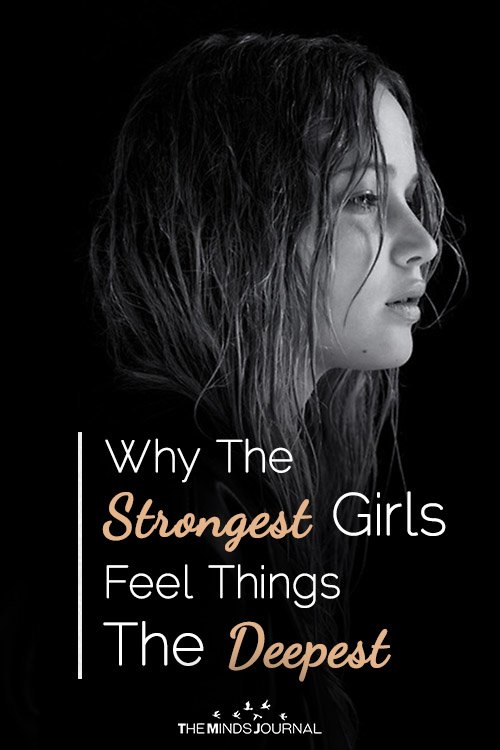 Kirsten Corley
My name is Kirsten Corley. Both writer by day, hopeless romantic by night live my life with a simple motto. 'What can I do for you' I believe our lives are only as good as the people who's lives you make better. I strive to help readers gain an understanding of intense emotions, like heartbreak and getting through it. I think together we have the ability to overcome the challenges life throws our way and even in those times you hit rock bottom, I see it as a wonderful platform to begin again.
- Advertisment -