They Fear You Because Of Your Strength 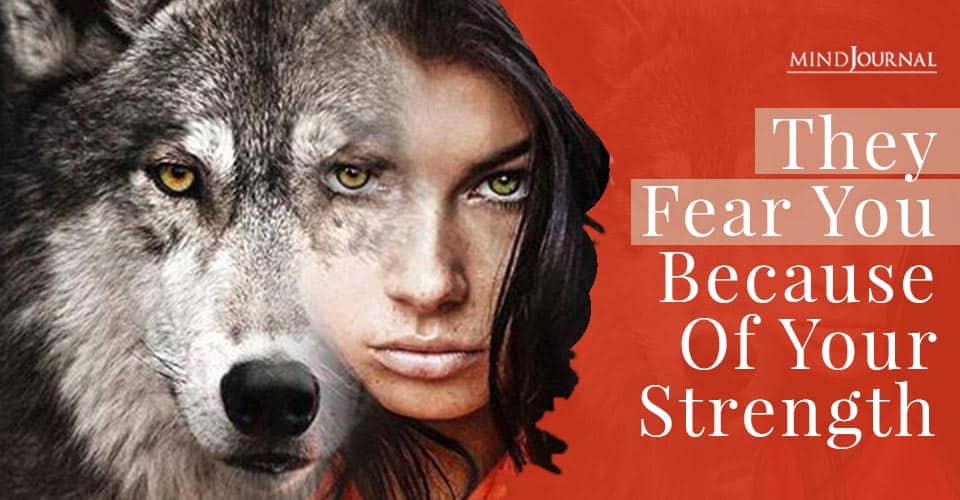 You might not have realized this, but if you are a mentally strong person, people tend to fear you. Your immense strength intimidates them.

Maybe they’re afraid of you because you are too honest at times when people are attracted by sweet-talkers and manipulators who make lies sound better than the truth. Maybe your truth is too bitter for those who don’t want to feel and taste your genuine self – the people who only want the cherry on the top of the cake. – Conscious Reminder

There are always so many reasons which make other people fear you. Most of the time, they fear your excellence or your independence.

While other times, the fear is induced by your overall personality. Now, it is important to understand the concept of fear.

People fear you because you have what they do not possess.

This means that they are afraid of the idea that you are so much bigger and better than what they cannot even think about being. This makes them afraid of you, as the ‘lack’ which they know is in their own selves makes them insecure.

Thus, in this process, you become the place that they want to achieve but cannot achieve because you are your own kind. You become a larger than life personality in their heads, and thus the fear can be induced out of sheer respect as well.

Related: 10 Things A Confident Strong Woman Will Do Differently

It is a possibility that they are scared of your unflinching honesty.

This means that you are absolutely honest with others and even with yourselves and maybe this makes them afraid. They cannot even try to be as honest as you are and this irks them so much and so bad.

Your hatred for sweet talk and sycophancy is exactly what they cannot do. They appease others because to survive in this world, they use sugar-coating reality as a way to understand reality. Of course, this bothers you because you have the desire to keep up the often ignored ideal of honesty.

How will the world not fear you?

Another possibility is that they are scared of you because you are clear about what you want in your life. This means that no matter what happens, you know how to deal with life and you know exactly what your goal is, you know where you have to reach.

Maybe sometimes, life puts you down and makes you feel bad about yourself but you know how to gather the pieces of your life and move forward. Obviously, most people don’t know what they want. They keep copying one another and have no special ambitions of their own.

It is just one of your superpowers that others are scared of. This complete surety about your own life also creates a very powerful aura of confidence that scares the aimless people.

People can also be scared of you because you don’t participate in life as if it is a game.

You don’t believe in the competition that the world is involved in. More importantly, you believe that you are so much ahead of most of these people who are involved in playing these petty games.

They are afraid of you because you compete with yourself. What makes them absolutely scared is the idea that you don’t believe in the rewards that the world offers. You believe in excellence and you strive for that.

Maybe, they are afraid of you because you say what they do not even have the courage or the ability to hear. You say what you think is true and you strongly believe in it.