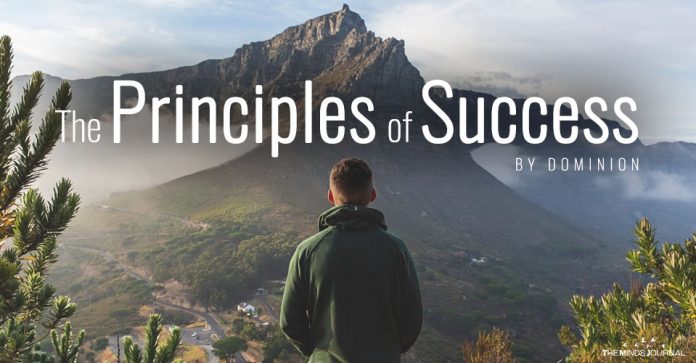 The Principles of Success

The dictionary defines success as achieving your aims or what was intended or achieving a good result and being successful.

This definition goes to reveal that success has little or nothing to do with wealth, material accumulation or achievement.

Self-discovery and self- manifestation are cardinal to success because success is influenced by who we are and how we think.

In the words of Dr. Myles Munroe,

No fewer than a million people fall by the wayside in the quest to achieve success, principally because they lack useful ideas on what to do to be successful. They often apply wrong methods in an attempt to achieve success and expect positive results.

But my question is does a builder ignore the principle of laying a good foundation and proper alignment of bricks and still succeed in erecting an edifice?

The answer is definitely a capital NO!

With the foregoing in mind, let me take you on a short journey in which the principles of success shall be revealed to you.

Books have been written extensively on how to achieve success in any area of one’s endeavour.

However, the following five nuggets stand out eloquently and prominently as s guide to aid one in his journey to success.

The dictionary meaning of vision is the ability to see. However, in the context of this article, vision is elaborated as an inspired insight and a mental telescope to clearly envisage one’s future.

According to James Allen,

Having a good and properly evaluated vision is similar to a child that is going to buy chocolates in a supermarket. The child will keep going until he gets to the supermarket where chocolates can be bought, and no matter how far the supermarket may be, he does not turn to buy a can of water even if he is thirsty.

This is because the chocolate is his mission. Likewise, your mission should be your motive in this world and you ought to focus on achieving it.

Where there is a vision, there is a mission and the direction is known. Do not mistake vision for ambition or imagination as a lot of people do.