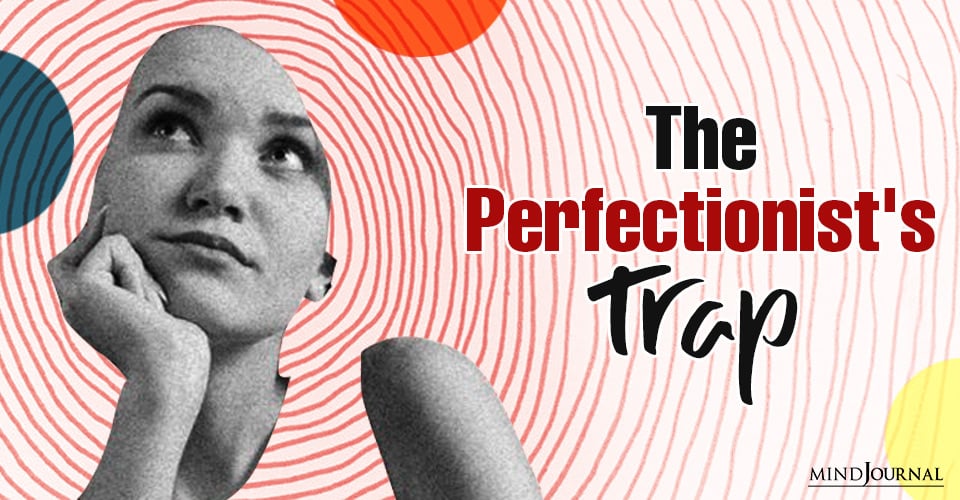 Perfectionism is often seen as a positive trait and motivating factor to achieve success but it basically boils down to the definition of being hard on yourself. Perfectionists hold themselves to high expectations that are somewhat unrealistic which usually results in people with perfectionism being disappointed in themselves. A perfectionist thrives on other people’s opinions. Even if their goals are practical, their expectations are not. This has a deeply harmful effect on the perfectionist.

“Perfection has nothing to do with standards. Perfectionism is a refusal to let yourself move ahead. Perfectionism is not a quest for the best. It is a pursuit of the worst in ourselves, the part that tells us that nothing will ever be good enough.”

Perfectionism is an addiction, meaning we’re repeatedly unable to stop our perfectionist behaviors. It harms our self-esteem, makes us unable to accept other people’s differences and their mistakes and flaws. It can rob us of time with friends and family. We require that things look or are done in a specific, “correct” way in accordance with our perfectionist standards.

Perfection is an illusion existing only in the mind. Telling perfectionists they look beautiful or that their home or project is excellent is useless. Their image of how things should be bears little correlation to reality. They will continue to find flaws and have difficulty find pleasure in compliments or satisfaction from their efforts.

Read How Self-Compassion Can Fight Perfectionism

Perfectionists expect what is humanly impossible. Hence, they don’t accept themselves or their own humanity.

Self-acceptance is a foreign concept. The thought of being average is horrifying and would mean being inferior, what they fear, but also what they actually believe. They never feel good enough and live with a harsh inner judge that tyrannizes them with how they should act, what they should have done differently or should be doing that they’re not. They’re sensitive to criticism because it mirrors the doubts perfectionists have about themselves and their work. A negative reaction from someone overshadows the positive feedback they receive.

Dreading criticism, perfectionists fear to expose mistakes or a sloppy or inferior performance or appearance. This stems from underlying shame – not feeling good enough as a person in some way, such as looks, character, physical prowess, or intelligence. They unconsciously imagine that achieving perfection would make them feel worthwhile. This compensates for deep-seated shame about which they’re generally unaware.

Several decades ago, the plaster of my living room wall had to be patched due to earthquake damage. (I live in California, so this is not uncommon.) The plasterer did his best to match the rest of the wall, but the original plaster had a variegated, mottled texture, and the new plaster didn’t match. Probably no one else would have noticed, but I did. It wasn’t perfect, and I was frustrated. It occurred to me that my fixation on the plaster symbolized my concerns about exposing my own imperfections. Once I realized this, I was able to let it go.

Perfectionism is a Painful Trap.

Because perfection is relative and an illusion, perfectionists are always chasing it.

Hence, a perfectionist is continually failing and unable to enjoy the results of their efforts. When success is achieved, the pride of accomplishment is only fleetingly enjoyed, if at all, because there is always a flaw or higher bar to surpass. For example gratification from receiving an “A” on a test can be spoiled if they made even one mistake or a teacher’s comments were anything but complimentary.

Upon winning the highly coveted Oscar for Best Actor, Matthew McConaughey aptly described his perfectionism as always chasing his future self, knowing he’ll never catch up. He proudly declared, “My hero is always 10 years away . . .  to keep on chasing.” In actuality, perfectionists are constantly running away from their inner critic, and the pursuit of their imaginary ideal provides ongoing ammunition for self-criticism. This is the perfectionists’ trap. Their defensive solution to shame creates more of it.

Read How to Stop Perfectionism From Controlling Your Life