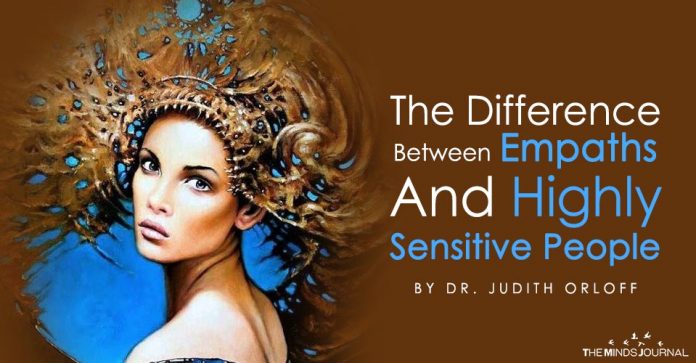 The Difference Between Empaths and Highly Sensitive People

As a psychiatrist and an empath, I often get asked, What is the difference between empaths and highly sensitive people?

In “The Empath’s Survival Guide” I devote a section on this important distinction.

Here are the similarities and areas of overlap.

Empaths share all the traits of what Dr. Elaine Aron has called “Highly Sensitive People,” or HSPs. These include

It also takes highly sensitive people longer to wind down after a busy day since their system’s ability to transition from high stimulation to being quiet is slower.

Highly sensitive people are typically introverts whereas empaths can be introverts or extroverts, (though most are introverts).

Empaths share a highly sensitive person’s love of nature, quiet environments, desire to help others, and a rich inner life.

However, empaths take the experience of the highly sensitive person much further.

We can sense subtle energy, which is called shakti or prana in Eastern healing traditions, and actually absorb it from other people and different environments into our own bodies.

Highly sensitive people don’t typically do that. This capacity allows us to experience the energies around us in extremely deep ways.

Since everything is made of subtle energy, including emotions and physical sensations, we energetically internalize the feelings and pain of others.

We often have trouble distinguishing someone else’s discomfort from our own.

Also, some empaths have profound spiritual and intuitive experiences which aren’t usually associated with highly sensitive people. Some are able to communicate with animals, nature, and their inner guides. In my book there is a section on intuitive empaths which include animal empaths, earth empaths, dream empaths, telepathic empaths and more.

Being a highly sensitive person and an empath are not mutually exclusive:

You can be both at the same time. Many highly sensitive people are also empaths. If you think about this distinction in terms of an empathic spectrum, empaths are on the highest end; highly sensitive people are a little lower on the spectrum, people with strong empathy but who are not HSPs or empaths are in the middle of the spectrum. Narcissists, sociopaths and psychopaths who have “empath deficient disorders” are at the lowest end of the spectrum. 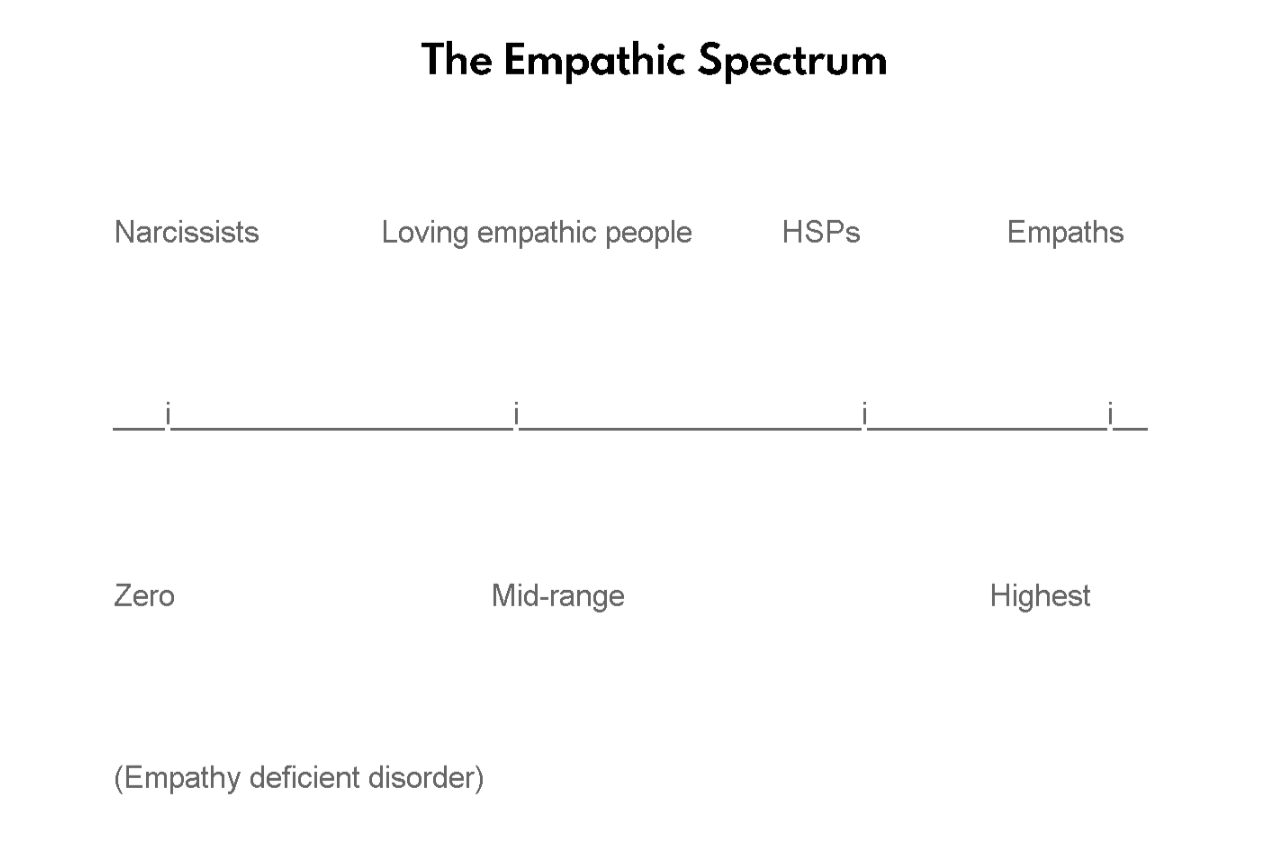 The gifts of sensitivity and empathy are precious, especially at this time of human evolution.

We want to keep opening our hearts and break through to new highs in the empathic spectrum. I offer the techniques in my book on empaths so that becoming empowered empaths and highly sensitive people can happen at accelerated rates in our world. We need your gifts more than ever!

(Adapted from The Empath’s Survival Guide by Judith Orloff MD)

Related Video – Why Do Empaths Have Such a Strong Sense of Not Belonging? 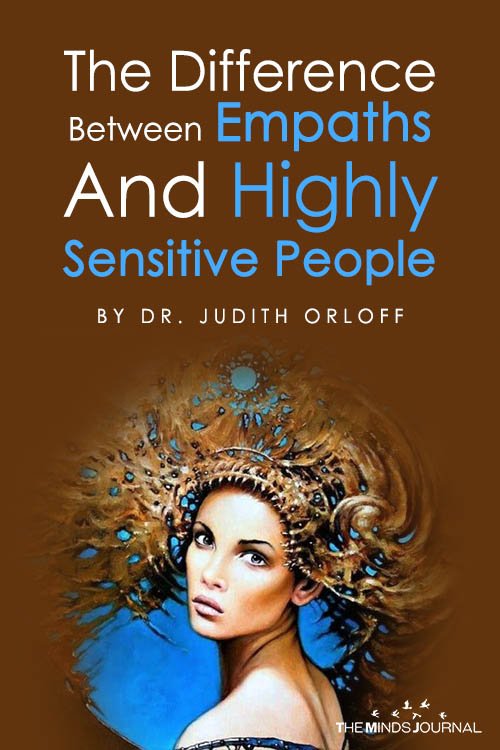 Dr. Judith Orloffhttp://www.drjudithorloff.com
Judith Orloff, MD is the New York Times best-selling author of The Empath’s Survival Guide: Life Strategies for Sensitive People. Her new book Thriving as an Empath offers daily self-care tools for sensitive people along with its companion The Empath’s Empowerment Journal. Dr. Orloff is a psychiatrist, an empath, and is on the UCLA Psychiatric Clinical Faculty. She synthesizes the pearls of traditional medicine with cutting edge knowledge of intuition, energy, and spirituality. Dr. Orloff also specializes in treating highly sensitive, empathic people in her private practice. Dr. Orloff’s work has been featured on The Today Show, CNN, Oprah Magazine, the New York Times. Dr. Orloff has spoken at Google-LA and has a popular TEDX talk. Her other books are Thriving as an Empath: 365 Days of Self-Care for Sensitive People, The Empowered Empath’s Journal, Emotional Freedom and Guide to Intuitive Healing. Explore more information about her Empath Support Online course and speaking schedule on www.drjudithorloff.com.
-Adverts-