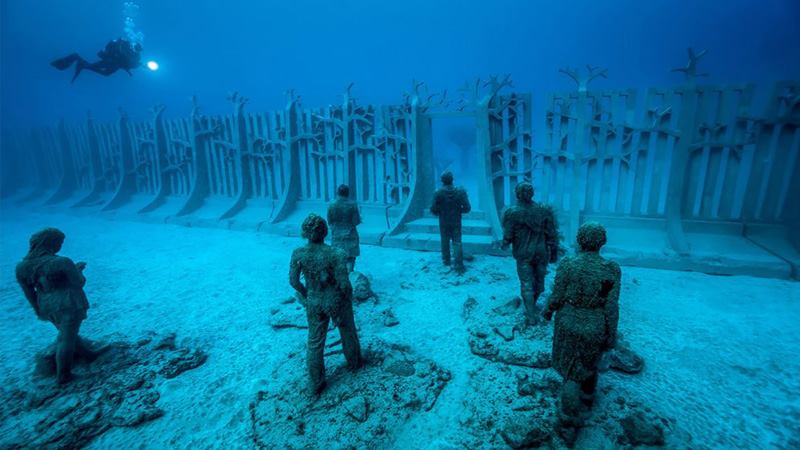 A video emerged on the Youtube claimed that there is a humongous underwater wall beneath the oceans which runs across the whole planet.

This Supermassive wall was claimed to be found by the Youtube Channel ‘Flat Earth Arabic’. The video says that the wall runs tens of thousands of miles across the planet under the ocean.

Google earth has been a platform for many conspiracy theorists for a number of years now. UFO hunters and others have been actively giving countless explanations for weird looking objects found on the Google Earth.

It has been a source of the stimulation of imagination as the claims of discovering massive pyramids, towers etc have been made in the past few years.

These types of discoveries challenge what we know of history and try to present a different perspective to the past.

Similarly, last year an ancient city belonging to Mayan civilization was found by a teenager who stumbled upon it while just scrolling through the Google Earth.

With each discovery, there is increased enthusiasm among the scientific community and the casual fans to find more lost structures which have eluded researchers till now.

But this claim of a huge wall running across the planet is beyond anything that we have seen till this day!

Some think that it is a natural phenomenon and thus it has been ignored by scientists till this day. But the sheer size and its linearity clearly indicate that it is not a creation by nature.

These days, many people believe that this can be a man-made structure as there have been many other discoveries in the recent past which challenge the history that we are taught in the schools.

But is it really a wall?

Zooming in on the structure reveals that it is really massive. But there are a few questions that are there.

Like, if ancient civilizations had built such a massive wall, then there should have been some other close structures as well; where are they?

Also, was it really possible to build such a humongous wall in the ancient period?

Something which is almost impossible even today with all the technology and manpower!

Who were the people behind the construction of the wall?

How old is the wall? Why was it erected?

Some scientists believe that there can be a logical explanation to the whole thing.

They are questioning, ‘Can it be due to a glitch’?

They base their assumption on the fact that the Google earth uses different images to make one whole map and due to this, there can be some issues with conjoining the images together causing the formation of wall-like structure.

They claim that the wall is an illusion created due to an error in digital seaming of the photos and the mapping of the poles.

While mapping the planet, Google uses many photographs taken by the satellites. These photos are processed through image stitching, where multiple images with overlapping fields are processed together to create one whole photo.

There can be the case that these photos were ill stitched and thus we see the stitch in the form of a massive wall.

But how such a huge wall covering the whole planet?

Well, there can be a lot of factors at play in the creation of this illusionary wall. The things like point of view and the illumination of both the earth and the photos can play a role.

Another likely reason for this can be the changing of the background where the foreground remains same.

Paul Davis, an expert on image stitching believes that such a glitch is not very rare in a project of the size of Google Earth. He said that these walls are just some digital pixels to him and nothing more.

Still, the ever-growing community of conspiracy theorists believes that there are these attempts by the government and the private agencies to hide the truth from the public.

What do you think, is it a supermassive mysterious wall or is it a technical glitch?