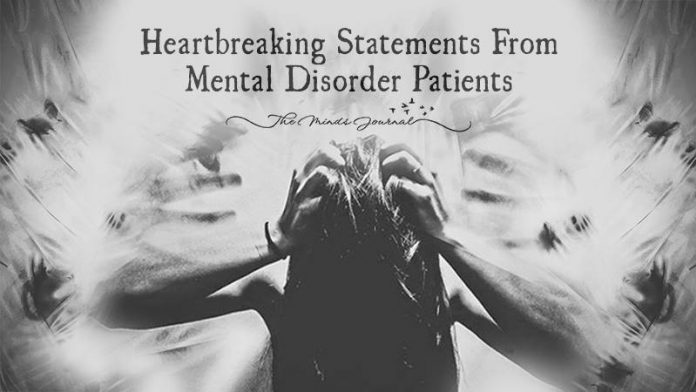 A Reddit user asked several psychiatrists and psychologists about what was the most profound thing they have ever heard from their patients.
These are the responses they received.

Each one of these are deep, they bring forward the trauma it must be to live with mental disorder.

3. “Imagine if every small decision felt like it had life or death consequences.”
From a patient describing living with an anxiety disorder.

4. “My arms miss you.”
From a ten year old autistic boy asking for a hug. These might be some of the deepest words ever spoken.

5. “Feeling pain is better than feeling nothing.”
Can’t agree more.

6. “It’s okay if I don’t have any friends. Having friends makes you happy but it doesn’t make you a good person. You know who was really popular? Hitler.
From a child with autism who was struggling with her difficulty making and keeping friends.

7. “I feel like a ghost, walking around unseen in the backdrops of these other happy lives.”
From a 56-year-old alcoholic.

8. “It’s as if you’ve tripped and the moment where you don’t know if you are going to catch yourself or not. That’s how I feel all day.”
From a patient with Generalized Anxiety Disorder.

9. “We spend our whole lives trying to get to a certain place or acquire certain things so that we may be happy. But true happiness is when you realize you are never going to get to that place or that even when you do you will still be dreaming of a new place or new things. So happiness has to start now, with what we have.”
From a patient recovering from body image issues.

10. “I like you Jace, I don’t care what my voices say about you.”
From a client with Schizoaffective disorder.


11. “I don’t take my meds to fix me, because there’s nothing wrong with me. I take them because everyone else is crazy and I need to fit in.”
From a patient with Bipolar disorder at a nursing home.

12. “I guess I missed the transition from when the ground was lava and imaginary friends became schizophrenia.”

13. “An altruistic lover of truth and beauty.”

14. “The medication made the voices go away. I’m lonely now.” 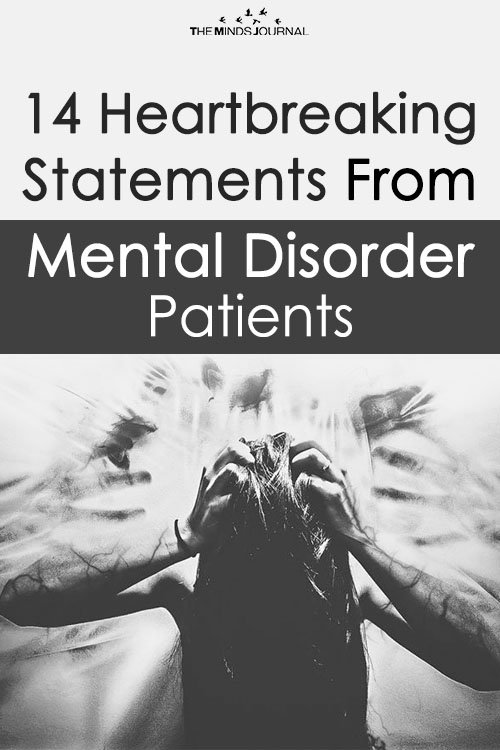 Here're best books that will make your child crave for books just like they crave for screen time.
Read more
Coronavirus

Are you feeling lonely? Do you feel lonely even when you’re not alone? Even if you do, there’s no need to worry or get alarmed. Truth is you are not alone in feeling lonely. Loneliness is a Universal Problem and it’s perfectly natural and normal to feel this way from time to time.
Read more
wpDiscuz
15
0
Would love your thoughts, please comment.x
()
x
| Reply