5 Signs Your Boss Is A Misogynist 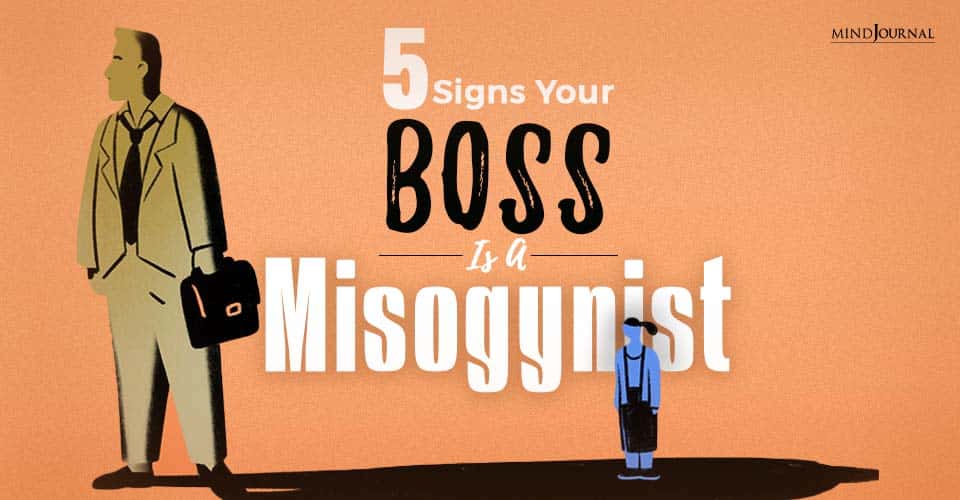 Having trouble with your male boss? He could be a misogynist. Having a bad boss can be a rite of passage — a harmless step on the ladder to career fulfillment.

However, many women fail to realize when their bad boss is actually a misogynist. It’s an unfortunate truth that men who hate women find their way into the workforce, often becoming leaders with considerable influence. This means you may have experience with a misogynist boss at some point in your career.

A discussion on misogynistic managers and leaders is important because research shows that having such a boss can leave real psychological scars. Research at the University of Arizona found that experience with a bad boss can leave people with PTSD-like symptoms.

Read on to see if your boss exhibits signs of misogyny.

Still waiting on that promotion? Sorry, your misogynistic boss gave it to your male counterpart instead, even though he ensured you that your hard work and dedication would result in a merit-based reward.

A misogynist makes promises and rarely keeps them when it comes to women. With men? His word is gold.

2. They Have No Regard or Respect for Your Time

Rescheduled again? I had a boss who repeatedly rescheduled our weekly 1:1 meetings, with little to no warning. Sometimes he was simply a no-show, leaving me in a cramped office room anxious and wondering what I had done wrong.

He would then require me to reschedule these meetings. Side note: He never missed a meeting with my male coworker. I made sure to check on this point with said colleague.

One week, I needed to reschedule this elusive 1:1 meeting and my boss threw a fit and retaliated against me with several high-priority, impossible-deadline projects. A misogynist boss has no regard for your time as a female but expects full regard for his — or else.

3. A Misogynist Manager or Boss Rejects a Female’s Ideas (or Steals Them)

Feel like you’re invisible? A misogynist boss will be all-ears for your male colleagues’ ideas. When you offer legitimate, creative ideas, it falls on his deaf, dismissive ears.

Or worse, your misogynist manager will just flat-out steal your ideas and take credit for them.

I once had a brilliant idea for a promotion. I shared it with my boss, but he shrugged it off. The next thing I knew, I saw a TV commercial for my company, offering a brilliant promotion that looked very familiar to me.

4. They Hate Being Outperformed

Uh oh, did you beat your boss in a competition? Good luck with the aftermath.

A toxic boss with misogynistic principles seethes inside when he is outperformed by a woman.

Once, I participated in a company-wide innovation challenge. My teammate and I developed a social media aggregator for the legal industry. We won the number one prize. The only thing my male boss said after our victory was a smug remark about how I used the term algorithm wrong. Don’t worry — he gave genuine congratulations to my male teammate.

Also read The Egopath (Narcissist) And His Circle Of Slaves

Sorry, misogyny can go digital. Even though we’re telecommuting and WFH superstars these days, your misogynistic manager can still do his thing.

Have you ever jumped on a scheduled Zoom meeting with your boss right on time, only to wait and awkwardly watch him do anything but pay attention to you? But when your male colleagues join the call, he shines his undivided attention on the meeting.

A manager with misogynistic traits has major difficulty paying attention — unless there is a man speaking.

In closing, it’s important to state that your experience is valid. I know a strong work ethic and internal sense of motivation can keep women stuck in a bad boss scenario for years. Take a hard look at these signs and the research cited in this post, and ask yourself if your work situation is right for you.

Brynn Johnson is a certified life coach specializing in the psychology of work, freelancing, and entrepreneurship. Johnson holds a BA in Psychology from the University of St. Thomas. She holds a life coaching certification from Alfred Adler Graduate School. She has held internships at Hazelden and the Emily Program in Minnesota. Johnson is also the founder of Swandive Co. She has written for The Huffington Post, MindBodyGreen, Dr. Axe, Bustle, Refinery29, and SheKnows. She blogs over at Swandive Co. and helps driven women find a more freedom-based career and life.View Author posts 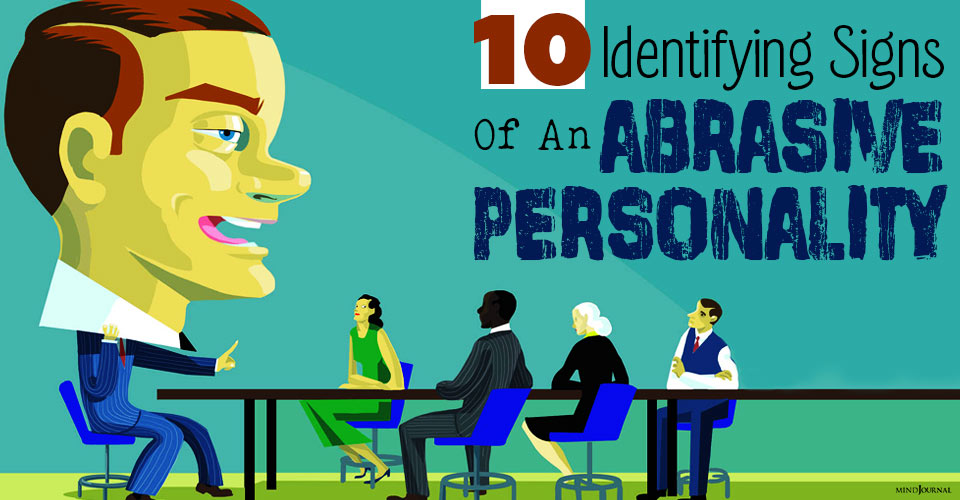 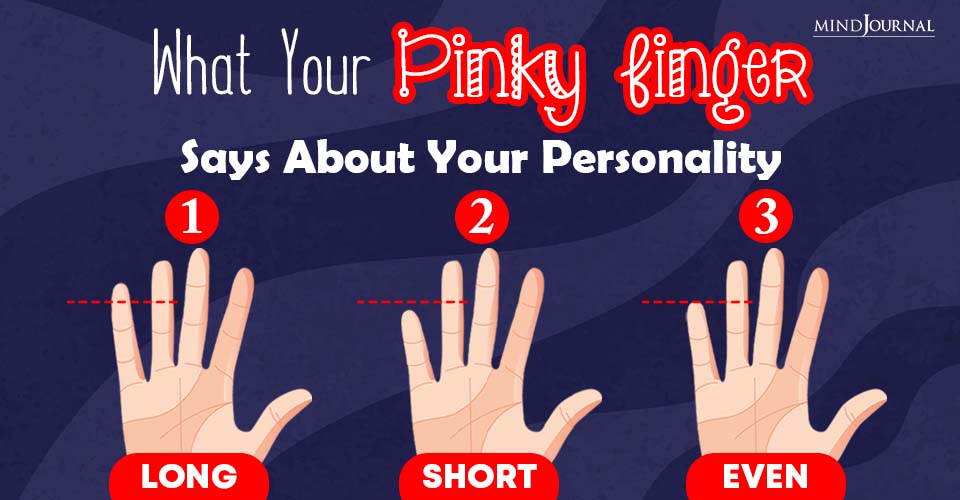